“The Room Where It Happened: A White House Memoir” is scheduled to be released Tuesday — a book filled with criticisms of President Donald Trump. The Justice Department sued Bolton on Tuesday to delay the release of the book, but a federal judge on Saturday denied the Trump administration’s request to block it. (RELATED: Trump Administration Sues John Bolton To Delay Publication Of White House Tell-All)

Bolton reportedly wrote that South Korean President Moon Jae-in had discussed his own “unification” agenda with Trump and North Korean dictator Kim Jong Un. He also wrote that Moon had raised unrealistic expectations, according to Reuters. 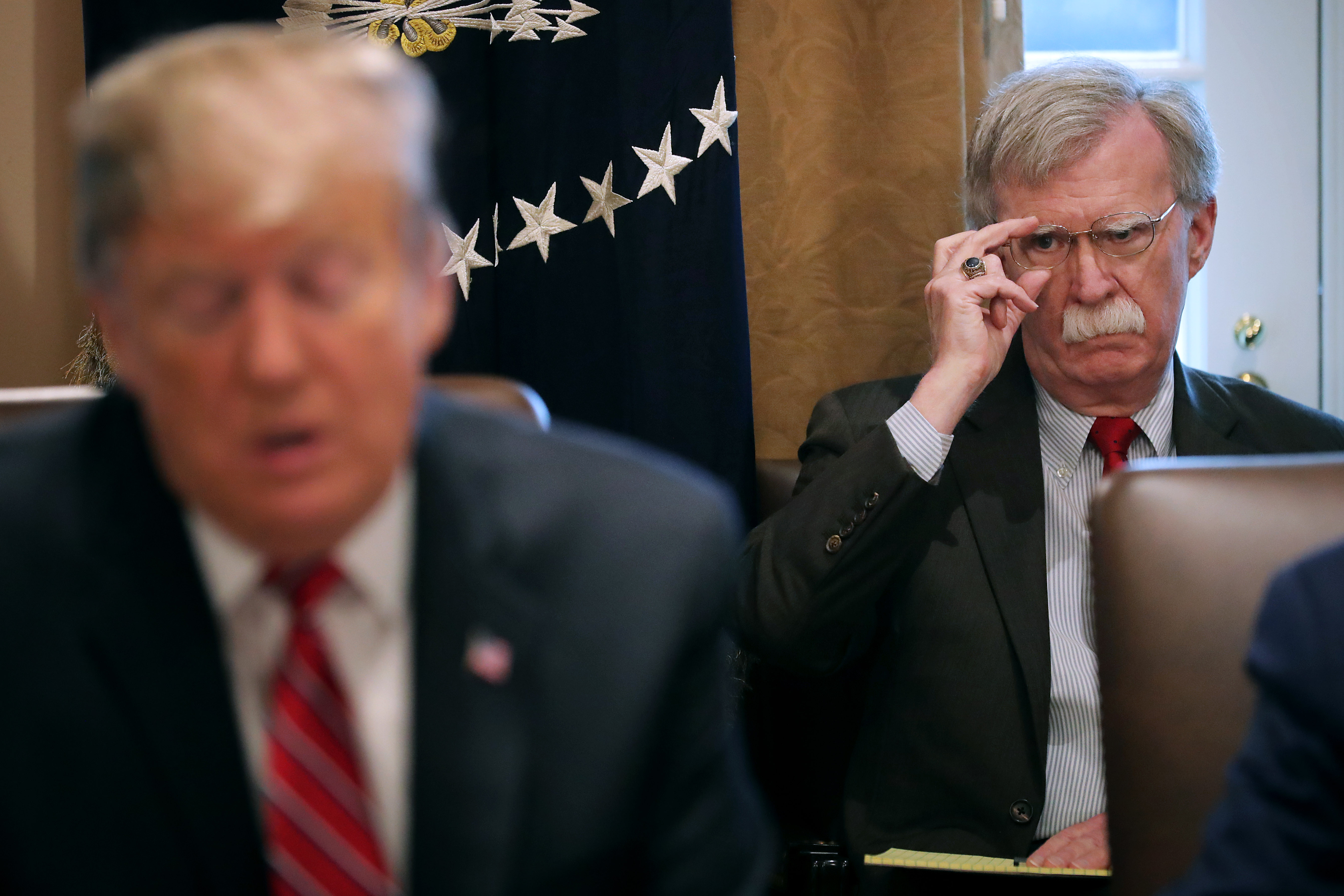 National Security Advisor John Bolton (R) listens to U.S. President Donald Trump talk to reporters during a meeting of his cabinet in the Cabinet Room at the White House February 12, 2019 in Washington, DC. (Photo by Chip Somodevilla/Getty Images)

Trump and Kim’s first meeting raised hopes that North Korea would abandon its nuclear program when they met in June 2018 in Singapore, but after Trump rejected Kim’s offer to give up a main nuclear facility in exchange for the United States lifting sanctions, the second meeting fell through.

Bolton reportedly wrote about Chung, describing how Moon responded to the meeting falling through, calling Moon’s position “schizophrenic.” A top official in Moon’s office told reporters, in reference to this comment by Bolton: “Perhaps he is in that condition.”