A second agreement this month has been struck between Indian and Chinese security forces to alleviate growing tensions along their disputed border in the Himalayan mountains.

The 11-hour meeting Monday was described by an unnamed top Indian official as “cordial, positive and constructive,” according to the Wall Street Journal (WSJ), adding that both sides agreed to disengage from the areas of greatest friction. No information has been released by either side regarding details of the withdrawal.

Experts believe this latest round of talks is a positive sign of declining mistrust between the nuclear-armed neighbors that have been building up troops and artillery since early May in the Ladakh region, and further north along the Line of Actual Control, high in the Himalayas.

“The two sides had a frank and in-depth exchange of views on the outstanding issues of the current border control, and agreed to take necessary measures to cool down the situation,” China Foreign Ministry spokesman Zhao Lijian told the WSJ. 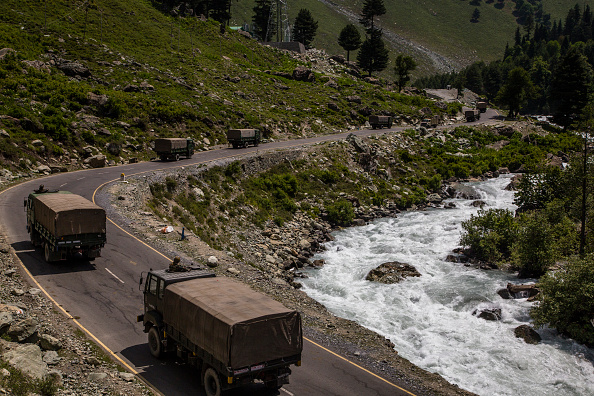 After mutually deciding to withdraw troops from the Galwan Valley, de-escalation efforts went awry when forces clashed in a deadly melee that involved fists, rocks, batons and clubs wrapped in barbed wire at an altitude of more than 14,000 feet in a remote part of the Himalayas.

Twenty Indian soldiers died and while China has not released any information on their casualties, unconfirmed Indian reports claim as many as 40 Chinese troops were killed in the attack, according to the Council on Foreign Relations.

Delhi-based defense analyst N.C Bipindra said to the WSJ that “implementation of the bilateral military agreement,” and returning to the status quo from May 1 is crucial for peace to prevail and the relationship to move forward.

The deadly skirmish marks the first time in 45-years that Indian soldiers have died fighting on the frontier against China, according to the Washington Post, and experts say casualties of that magnitude have not occurred since 1967. (RELATED: Trump Told Xi And Modi He Would Moderate India-China Border Conflict If Necessary)