After the U.S. designated four Chinese media outlets as foreign missions, China has threatened to take countermeasures and accused the US of betraying its commitment to a free press, the Associated Press reported.

“We strongly urge the United States to abandon the Cold War mentality and ideological prejudice, and immediately stop and correct this wrong practice that serves no one’s interest. Otherwise China will have to make the necessary legitimate response,” Foreign ministry spokesperson Zhao Lijian said according to the Associated Press. 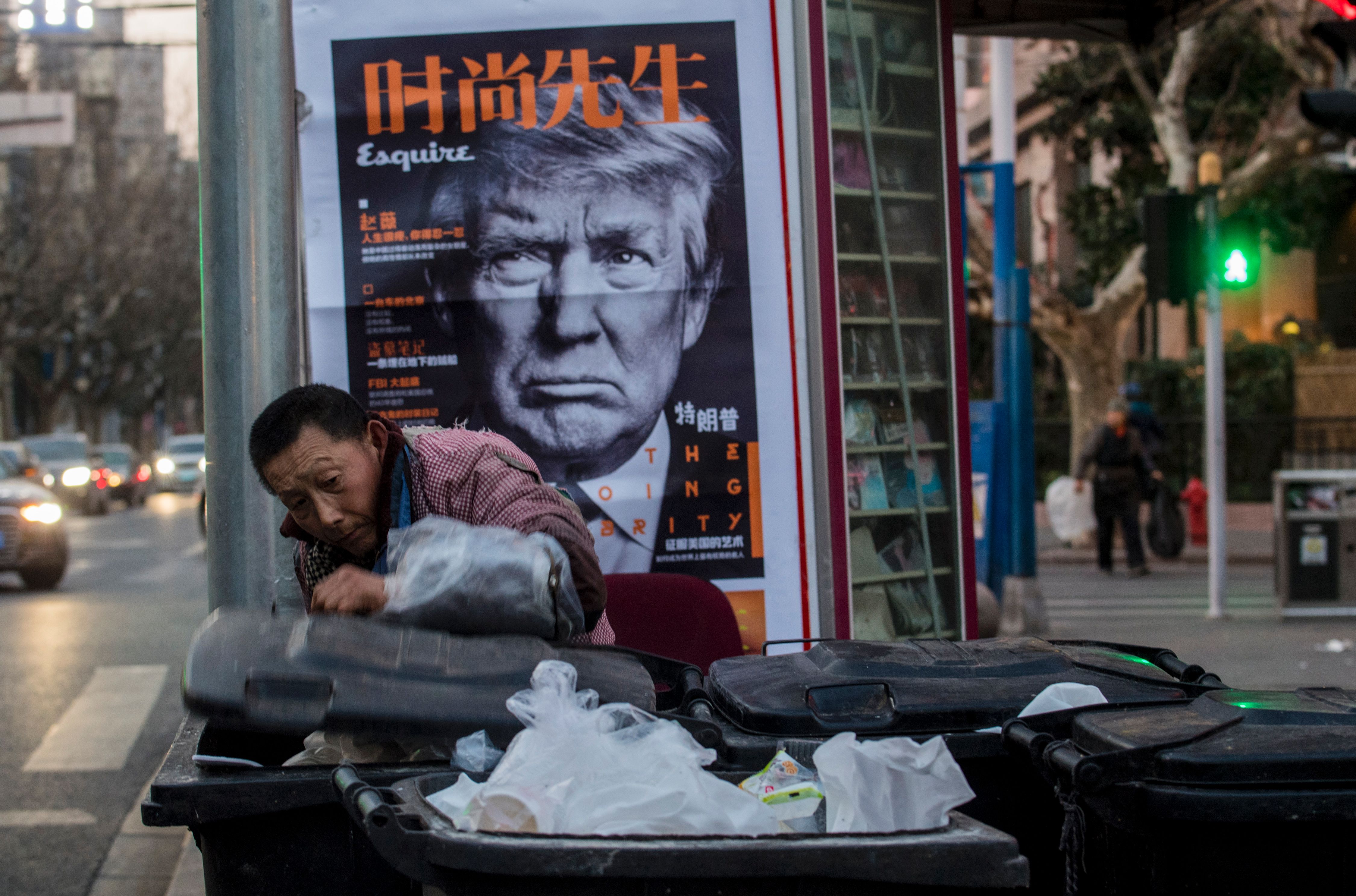 This picture taken on March 2, 2017 shows a man searching rubbish bins in front of an news stand advertising a Chinese newspaper with the front page photo of US President Donald Trump. / (JOHANNES EISELE/AFP via Getty Images)

The State Department added four Chinese media outlets including CCTV, the China News Service, People’s Daily and Global Times to a list of organizations considered to be the equivalent of foreign embassies because of their close ties to the Chinese Communist government.

The designation requires the outlets to increase transparency, which includes disclosing information about their employees and the outlet’s real estate holdings, which is a requirement for foreign embassies and consulates.

“The Communist Party does not just exercise operational control over these propaganda entities but has full editorial control over their content,” David Stilwell, assistant secretary of state for East Asia and Pacific affairs, told reporters in a conference call on Monday.

Zhao said the decision, which follows another wave of media designations from February, is “yet another example of the U.S.’s flagrant political suppression of the Chinese media,” and it interferes with their reporting on the U.S. and betrays America’s commitment to freedom of the press.

“We strongly urge the United States to abandon the Cold War mentality and ideological prejudice, and immediately stop and correct this wrong practice that serves no one’s interest. Otherwise China will have to make the necessary legitimate response,” Zhao said.

The move comes as the U.S. has been cracking down on Chinese government influence domestically and through the media. China Daily, one of the outlets designated a foreign missions, paid $19 million to U.S. newspapers from late 2016 through early 2020 for advertising and printing services. More than $11 million of that sum went to The Washington Post and Wall Street Journal to publish inserts designed to look like actual news articles. (RELATED: Chinese Propaganda Outlet Has Paid US Newspapers $19 Million For Advertising, Printing)

The Justice Department has also sought out Chinese government influence on college campuses, where many researchers and professors have been accused of omitting Chinese funding or recruiting talent to Chinese government programs.