The Justice Department on Tuesday provided Michael Flynn’s lawyers with handwritten notes that former FBI official Peter Strzok took in early 2017 as part of the investigation into the former national security adviser.

Michael R. Sherwin, the acting U.S. attorney for the Eastern District of Virginia, told Flynn’s lawyers that a federal prosecutor appointed to review the Flynn case discovered the documents.

Sherwin said that Strzok, the former deputy chief of FBI counterintelligence, compiled the notes likely between Jan. 3 and Jan. 5, 2017, a key date range in the FBI’s investigation of Flynn.

The Daily Caller News Foundation was unable to view the document because it was filed under seal. A source familiar with the document told the DCNF that the notes are “very significant” to Flynn’s case.

The source, who spoke on the condition of anonymity because the document was filed under seal, said the notes are “totally exculpatory” for Flynn. (RELATED: FBI Planned To Close Michael Flynn Investigation, And Then Peter Strzok Intervened)

The Justice Department filed a motion on May 7 to drop charges against Flynn, who had pleaded guilty on Dec. 1, 2017, to a charge of making false statements to the FBI. Flynn admitted as part of the plea deal that he made false statements in a Jan. 24, 2017, interview with Strzok and another FBI agent regarding his contacts weeks earlier with Russian ambassador Sergey Kislyak. 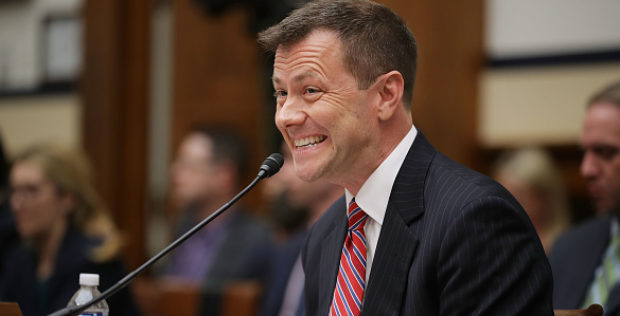 Flynn retracted his claim to have lied to the FBI in a Jan. 29 statement he filed in his case. Attorney General William Barr appointed Jeffrey Jensen, the U.S. attorney for the Eastern District of Missouri, to review Flynn’s case after his lawyers accused prosecutors of withholding exculpatory information.

Jensen has since discovered and turned over several documents to Flynn’s lawyers.

One document is a Jan. 4, 2017, memo from the FBI’s Washington Field Office recommending that the counterintelligence investigation against Flynn be shut down due to a lack of evidence that he was conspiring with Russia.

Strzok intervened to keep the case open, writing to others at the FBI that the “7th floor” — the FBI’s leadership — wanted to continue its investigation of Flynn.

“What is our goal? Truth/Admission or to get him to lie so we can prosecute him or get him fired?” Priestap wrote in the notes.

Barr has said that he believes the FBI under the watch of James Comey and Andrew McCabe tried to set a “perjury trap” for Flynn.