During Republicans’ weekly luncheon, Scott mentioned he has been getting a lot of calls with death threats and many racial slurs, The New York Times reported. Scott reportedly mentioned he had been called “Uncle Tim,” in one call and that the caller told Scott to “take your one-way ticket straight to hell.” Another caller reportedly talked about putting Scott “in his crosshairs.” 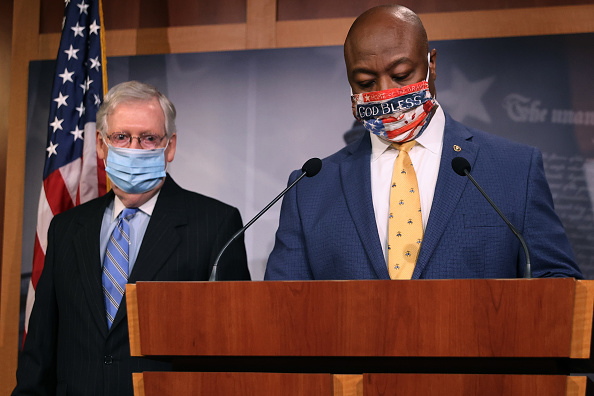 McConnell said the Senate will vote on the GOP’s police reform bill, which will need 60 votes in order to pass. Republicans would need seven or more Democrats to vote with them in order for the legislation to advance. Senate Republicans released their police reform legislation Wednesday in response to the killing of George Floyd and the ongoing protests.