The District of Columbia National Guard is activating roughly 400 troops to help U.S. National Park Police protect federal monuments, statues, and other properties within the district.

Both Park Police and the Department of Defense confirmed the news Wednesday afternoon to the Daily Caller, noting that the activation was in response to a Tuesday request from Secretary of the Interior David Bernhardt. 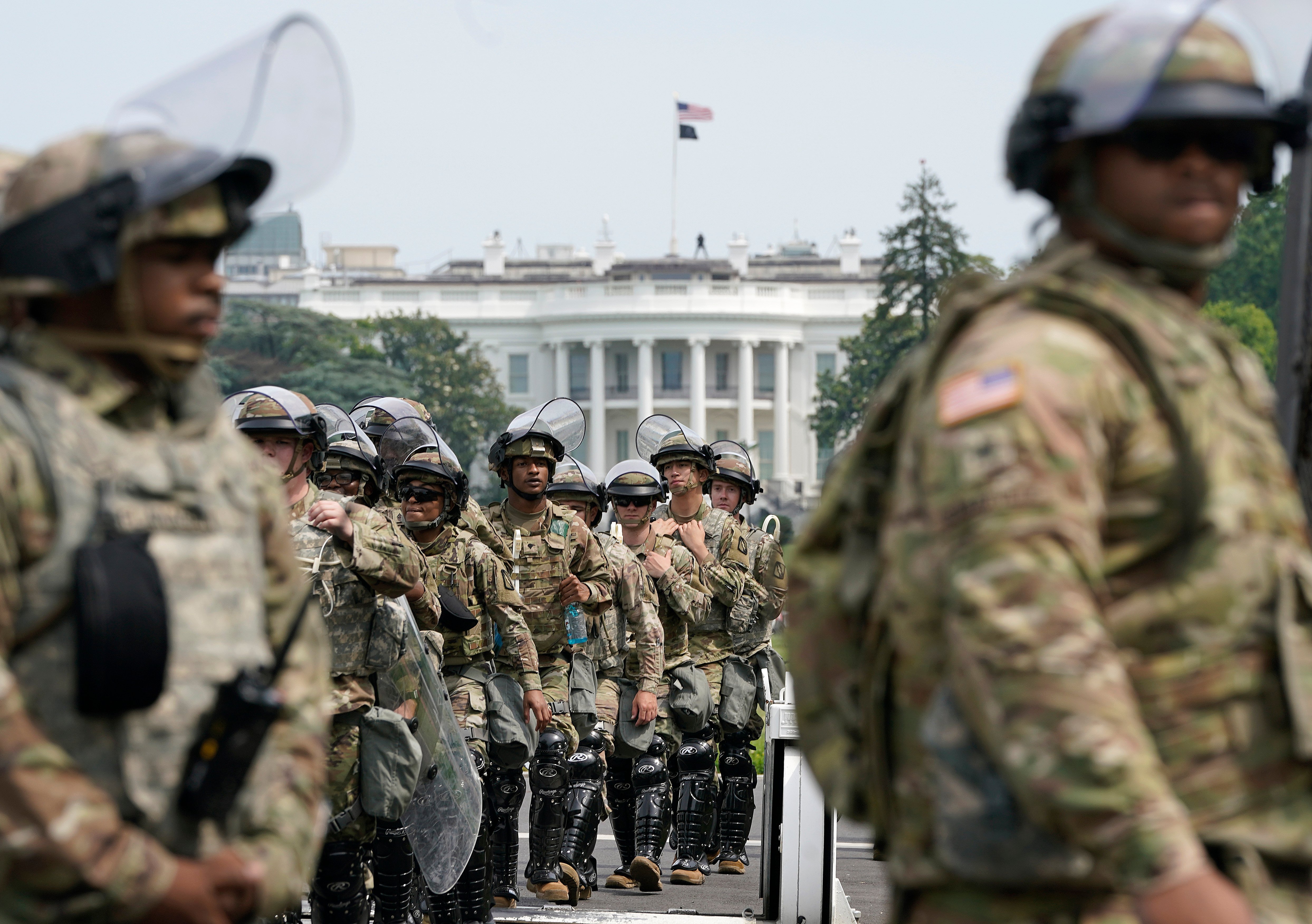 WASHINGTON, DC – JUNE 06: National Guard members deploy near the White House as peaceful protests are scheduled against police brutality and the death of George Floyd, on June 6, 2020 in Washington, DC. People are expected to descend on Washington to participate in peaceful protests in the wake of the death of George Floyd, a black man who was killed in police custody in Minneapolis on May 25. (Photo by Drew Angerer/Getty Images)

Mitchell added that troops have not yet been dispatched to “actual monument locations” and “remain on standby at the DC Armory” through July 8, 2020.

He further clarified that all troops “will not be armed, and will serve as a uniformed deterrence and crowd management capacity to maintain closures and restricted areas.”

President Donald Trump responded to recent attempts to topple the Andrew Jackson statue in Lafayette Square by stating his intent Tuesday to sign an executive order criminalizing destruction of monuments on federal property.

A sequence of events of what happened at #LafayettePark today pic.twitter.com/zR9Acb9xxX

“I have authorized the Federal Government to arrest anyone who vandalizes or destroys any monument, statue or other such Federal property in the U.S. with up to 10 years in prison, per the Veteran’s Memorial Preservation Act, or such other laws that may be pertinent,” the president tweeted. “This action is taken effective immediately, but may also be used retroactively for destruction or vandalism already caused. There will be no exceptions!”

The administration drew fire for failing to prevent the vandalization of national monuments during the George Floyd protests in early June, though POTUS’ deployment of the National Guard and other federal assets — coupled with self-policing from protesters — helped turned the demonstrations peaceful.