Federal prosecutors in California issued the U.S. government’s first ever criminal charges for violations of the Lobbying Disclosure Act on Thursday against Jack Abramoff, the notorious GOP lobbyist whose scheme more than a decade ago prompted widespread reform in the influence industry.

A federal grand jury in California indicted Andrade on Tuesday on wire fraud and money laundering charges. Prosecutors filed a criminal complaint against Abramoff, 61, on a charge of conspiracy to commit wire fraud and a charge of violating the Lobbying Disclosure Act (LDA).

First passed in 1995, LDA was reformed in 2007 after Abramoff was convicted on charges related to his lobbying for Native American casinos.

Abramoff served four years of a six-year prison sentence. He touted himself for several years after leaving jail as a Washington reformer. He returned to the industry in 2017, registering as a foreign lobbyist for the Congolese government. 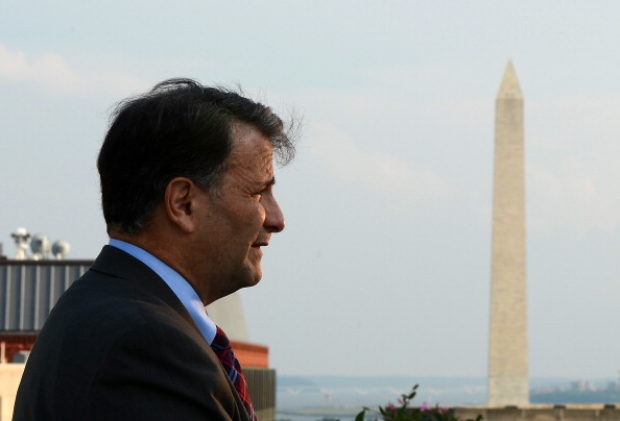 Abramoff is pictured in Washington, DC on May 16, 2012 (JEWEL SAMAD/AFP/GettyImages)

According to a complaint filed against Abramoff, a California-based marijuana company hired him in March 2017 to lobby on issues related to federal regulation of the cannabis industry. (RELATED: Jack Abramoff Goes Off On Hillary)

“The information filed against Abramoff also alleges that he knowingly and corruptly failed to register as a lobbyist, as required by the Lobbying Disclosure Act, after being retained for lobbying efforts that would involve one or more lobbying communications with a federal official,” the U.S. attorney’s office said in a statement.

“This is the first ever known prosecution of a lobbyist for a criminal violation of the Lobbying Disclosure Act.”

Prosecutors say that Abramoff failed to register as a lobbyist with the Senate and House as would have been required under LDA, given his contact with the lawmaker. Prosecutors say that Abramoff “was aware of the obligations” to register his lobbying activity because LDA was amended in 2007 “in part as a reaction to ABRAMOFF’s past conduct as a lobbyist.”

The complaint also says that Abramoff and Andrade, the AML Bitcoin CEO, misled investors in the company by claiming that it was farther along in development of a cryptocurrency than was actually the case. The duo also allegedly falsely claimed that government agencies had expressed interest in the cryptocurrency, and that it would be used to negotiate payments for ships in the Panama Canal.

The complaint says that Abramoff has yet to be arrested, and that he has agreed to plead guilty in his case. He faces up to five years in prison for both counts.

Abramoff did not respond to an email seeking comment.