There is a fanatical and increasingly violent form of fascism growing on the streets of our country. Civil debate and free speech are out. Power on the streets is in. If that scares you, the fact that our country’s political, corporate and media leaders seem to be OK with this mob violence should scare you even more.

The spark that ignited our current unrest was the brutal murder of George Floyd by police officer Derek Chauvin in Minneapolis, all caught on video. President Donald Trump, for all his skills, is unable to effectively lead at a time like this, especially on a sensitive issue like race. His talks have veered from awkward to unhelpful.

The pandemic and the subsequent spike in unemployment have left millions of young Americans with too much time on their hands and too little hope for economic advancement. As for Democrats and the media, they are all too happy to sow chaos in an election year if they think it may lead to Trump’s removal. Big companies are, as usual, hoping to stay out of the fire and are willing to pay up to stay in the good graces of the left. And further left groups, like antifa, are waiting in the wings to cause destruction at any opportunity.

Given all these dynamics at play, peaceful protests over the injustice of George Floyd’s murder have often turned to violence on our streets. Seattle currently contains an antifa-run “autonomous zone.” Mobs are tearing down historic statues and lighting fires in cities across the country with complete impunity. Law enforcement officers — the vast majority of whom are good people trying to do a difficult job — manning the streets are under attack, and some have even been shot. 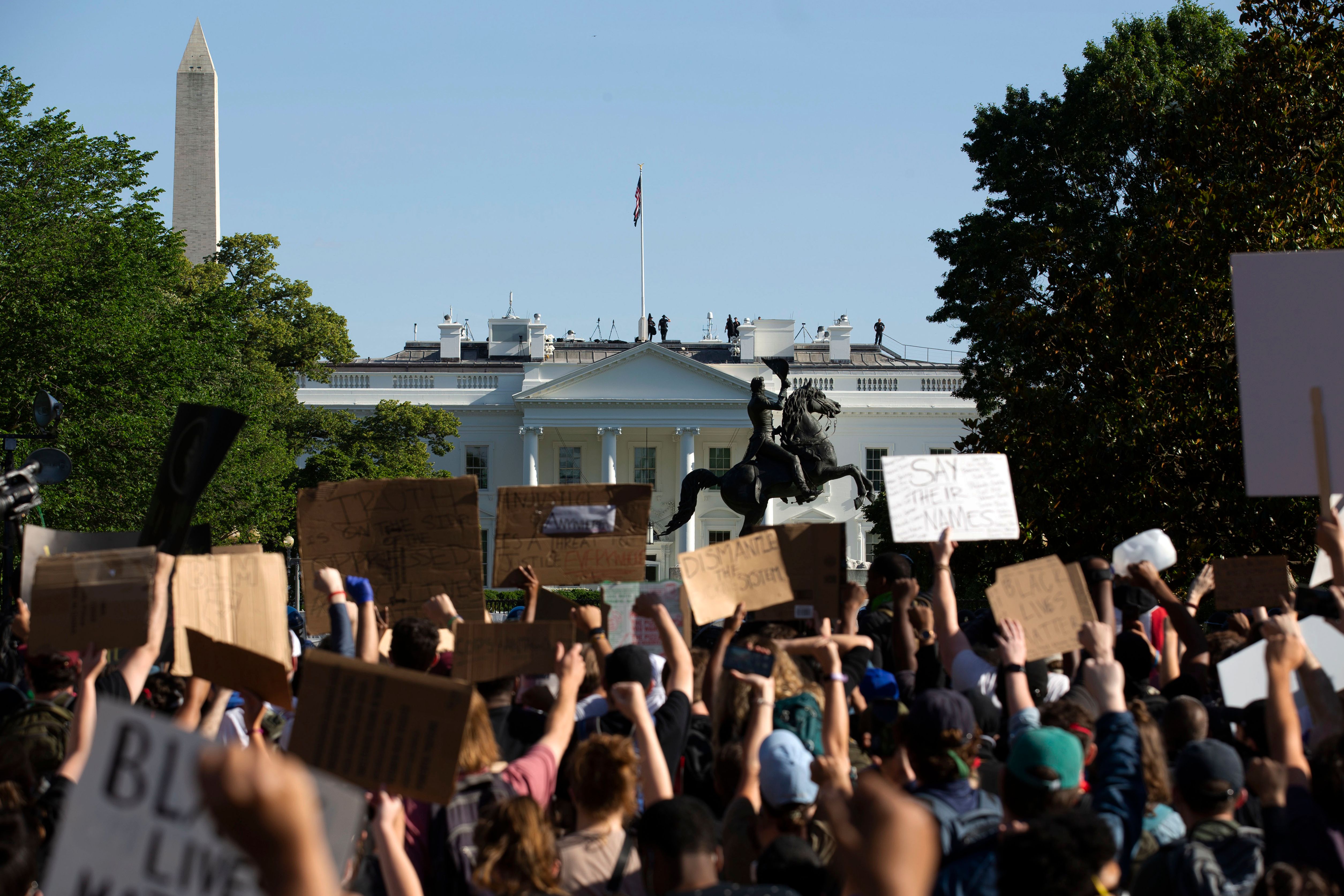 TOPSHOT – Demonstrators hold up placards protest outside of the White House, over the death of George Floyd in Washington D.C. on June 1, 2020.  (Photo by Jose Luis Magana / AFP) (Photo by JOSE LUIS MAGANA/AFP via Getty Images)

From the streets of D.C., Seattle and other cities, our Daily Caller reporters have covered the unrest better than anyone else I’m aware of. In return for our reporters’ bravery on the front lines, not staying behind the police barricades as many other reporters chose to do, they got a firsthand look at what has been happening. They did not go in hoping to defend the protests at all costs, even as they turned violent, as many in the liberal media did. They also did not go in searching for any small example of violence to paint a peaceful protest as a riot, as some on the right tried to do. (RELATED: EXCLUSIVE: Daily Caller Reporters Go Inside Seattle’s CHAZ)

Our reporters paint a complicated picture. Initially, most protesters were peaceful, and many of them even tried to stop crimes and acts of violence as they began to develop. Our reporters told many of their stories. Often, things would get worse later at night. Burning buildings, looting and attacking police were all commonplace. Our reporters were not afraid to tell these stories as well.

In return for going in bravely and telling the truth, our reporters have been threatened, chased and even attacked. One protester justified this by saying, “You can’t record us; it’s against our code.” Not surprisingly, the press freedom groups, normally trigger-happy with any perceived slight against the press corps, remained largely silent as young journalists doing fair reporting were attacked. 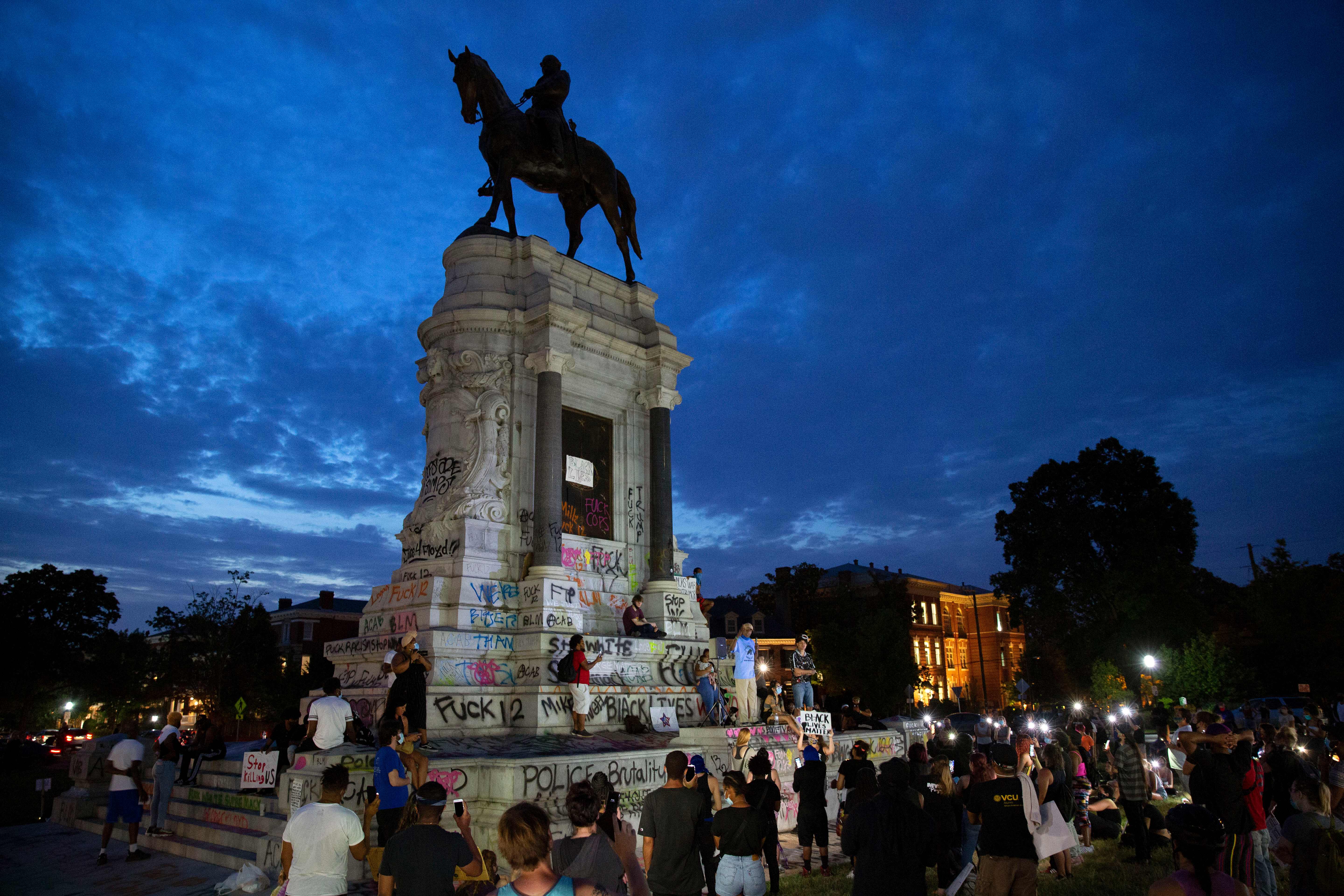 People gather around the Robert E. Lee statue on Monument Avenue in Richmond, Virginia, on June 4, 2020, amid continued protests over the death of George Floyd in police custody. (Photo by Ryan M. Kelly / AFP) (Photo by RYAN M. KELLY/AFP via Getty Images)

We have racists in our country. Every country and every race of people include racists. But America in 2020 is not a fundamentally and institutionally racist country. Monuments to Confederate leaders and flying the Confederate flag — even still including it within the Mississippi state flag — all make it harder to defend this argument. Many of these monuments were erected 100 years after the Civil War as a thumb in the eye to Civil Rights-era reforms. Some of these materials belong in museums for historic purposes, but I do not shed any tears about these statues coming down.

But the toppling hasn’t stopped at Confederate monuments. Memorials to America’s Founding Fathers are also being destroyed. Even memorials to our young heroes from World War II — the so-called greatest generation, who saved our country from the Nazis, the Imperial Japanese and later the Communists — have been defaced and desecrated. Police officers have been killed, some in brutal, point-blank attacks. (RELATED: Trump Claims ‘Anyone Who Vandalizes’ Monuments On Federal Property Will Be Arrested And Face 10 Years In Jail)

Trump seems to be sliding in the polls. His response to the pandemic was uneven. His response to the protests, and later the riots, has been worse. And now, the ultimate irony, the left may be doing Trump the greatest favor of his entire presidency. Americans don’t want our monuments shattered. Americans don’t want our cities burned. We don’t want anarchy. We don’t want to defund our police departments. The never-Trump crowd should pay attention. All this may, in the end, lead to a second Trump term. It may even be the only thing that can.