A large majority of Americans don’t believe taxpayer money should be used to pay reparations to black Americans, but the data collected in a Reuters/Ipsos poll in June is split along racial and partisan lines.

While polling data following the death of George Floyd has revealed that a significant majority of Americans support criminal justice reform, reparations do not have a comparable degree of support, the new poll shows.

The poll shows that one in ten white respondents supported the idea of reparations, while half of black respondents to the survey supported it. Each demographic makes up 76.5% and 13.4% of the U.S. population, respectively, according to the U.S. Census.

Republicans opposed the idea of reparations at nearly 80%, while one in three Democrats supported it, according to the poll.

The poll, conducted Monday and Tuesday, included 1,115 adults who were surveyed about their feelings on slavery. It also included 4,426 adults’ responses in a separate survey about racial issues conducted June 10 to 16.

William A. Darity Jr., an economist at Duke University, told The New York Times that hypothetical reparations should be distributed to people who fall under two suggested qualifying conditions: having at least one ancestor who was enslaved in the U.S., and having identified oneself as African-American on a legal document for at least a decade before the approval of any reparations. 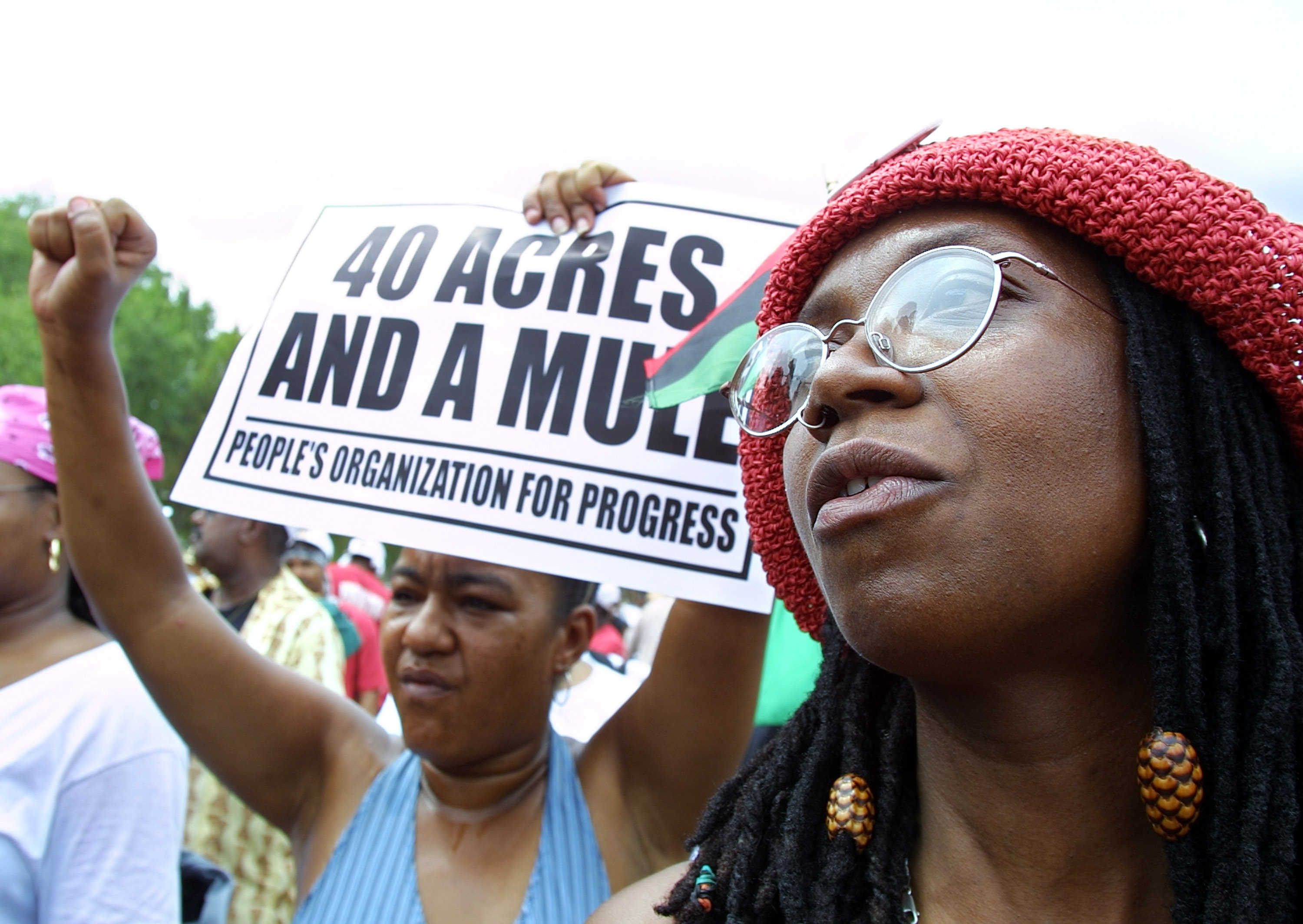 Andrea Levy (R) from Queens, New York, joins other demonstrators for slave reparations on the National Mall August 17, 2002 in Washington, DC. Hundreds of black people rallied, saying it is long past time to compensate blacks for the ills of slavery. (Photo by Manny Ceneta/Getty Images)

The reparations would be acknowledgment of the forced, unpaid labor, brutality and dispossession that slavery caused, supporters say.

Presumptive Democratic presidential candidate Joe Biden said in February that he supports a study on slavery reparations and said that following results of the study, a decision should be made going forward. (RELATED: Biden Supports Slavery Reparations Study, Wants Immediate Action On ‘Institutional Racism’)

H.R. 40 was introduced in the House in 2019. If passed it would “study and develop reparation proposals for African-Americans” and explore if the U.S. governed would need to issue a formal apology for “the perpetration of gross human rights violations and crimes against humanity on African slaves and their descendants.”