People in Mississippi are the most likely to boycott the NFL this season.

According to a study from SportsInsider.com, the state of Mississippi is boycotting the NFL the most this season as national anthem protests are expected to consume the league. Florida and Iowa are second and third. (RELATED: David Hookstead Is The True King In The North When It Comes To College Football)

The study is based off of geotagged Twitter data following NFL boycott trends on the social media site. You can see a full breakdown of the country below. 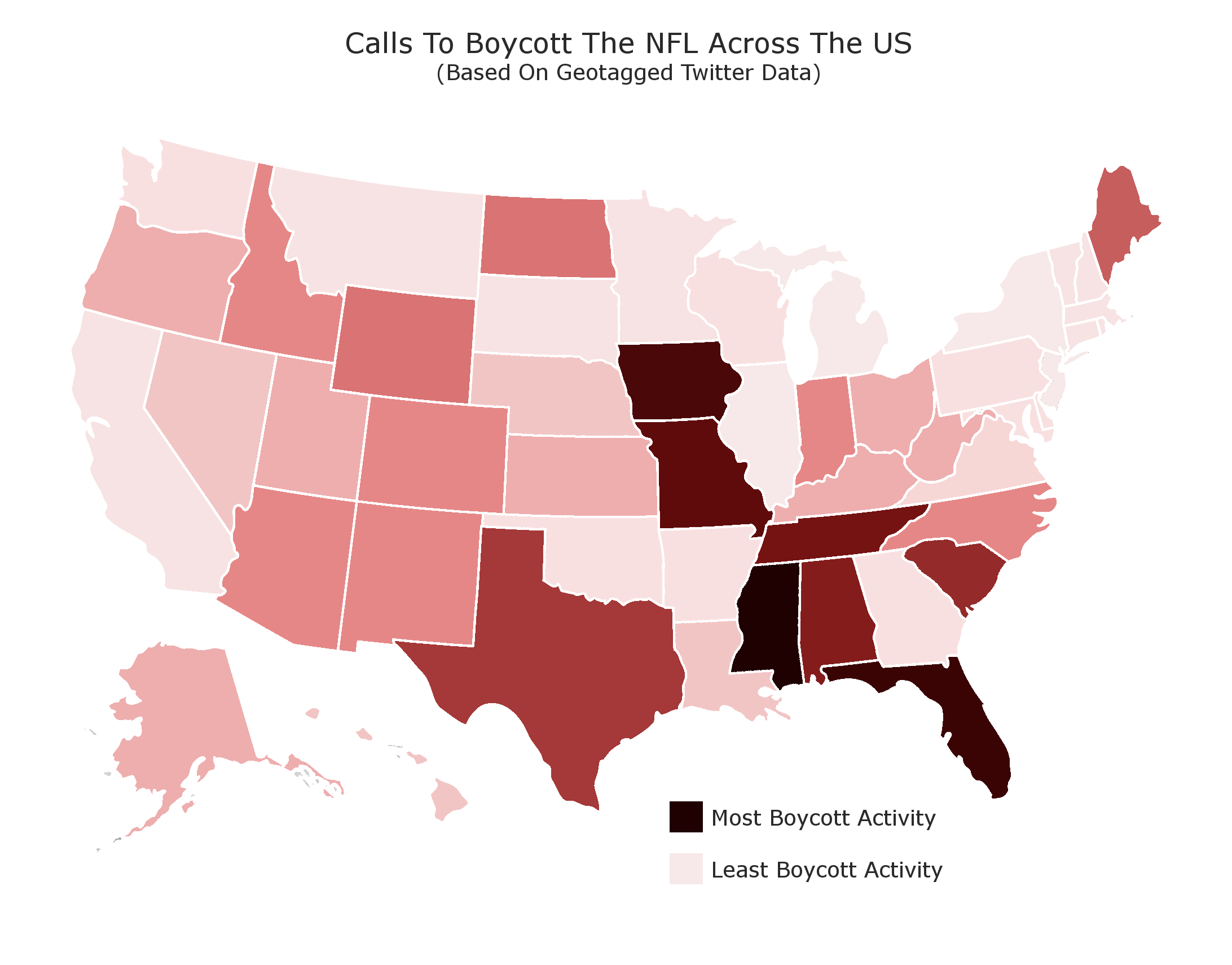 Unfortunately, I think you’re going to see a ton of this during the NFL season. I really wish that wasn’t the case, but I think it’s going to be pretty unavoidable.

Ever since Drew Brees made his national anthem comments, you knew all hell was going to break loose this season.

It’s really a damn shame, but it’s the reality of the situation.

Highlight: @readdanwrite asks @drewbrees what the star NFL quarterback thinks about “players kneeling again when the NFL season starts.”@drewbrees: “I will never agree with anybody disrespecting the flag of the United States of America or our country.”

The reality of the situation is that the majority of NFL fans don’t want politics involved with the game. They just don’t, and that includes me.

The average football viewer is all about working hard, providing for his family and kicking his feet up for a few beers during the games.

Buckle up because I can already tell the 2020 season is going to be pure chaos. I don’t love it, but I can’t change it unfortunately.