A federal judge on Friday blocked Democratic Gov. Andrew Cuomo and other New York leaders from prohibiting outdoor religious gatherings due to the coronavirus after officials endorsed mass protests.

Sharpe’s ruling said the regulations resulted in the “curtailment of fundamental rights without compelling justification,” especially amid leaders’ support for outdoor protests.

“We are pleased that Judge Sharpe was able to see through the sham of Governor Cuomo’s ‘Social Distancing Protocol’ which went right out the window as soon as he and Mayor de Blasio saw a mass protest movement they favored taking to the streets by the thousands,” The Thomas More Society wrote in a press release Friday. “Suddenly, the limit on ‘mass gatherings’ was no longer necessary to ‘save lives.’”

“Yet they were continuing to ban high school graduations and other outdoor gatherings exceeding a mere 25 people,” the organization continued. “This decision is an important step toward inhibiting the suddenly emerging trend of exercising absolute monarchy on pretext of public health.  What this kind of regime really meant in practice is freedom for me, but not for thee.” 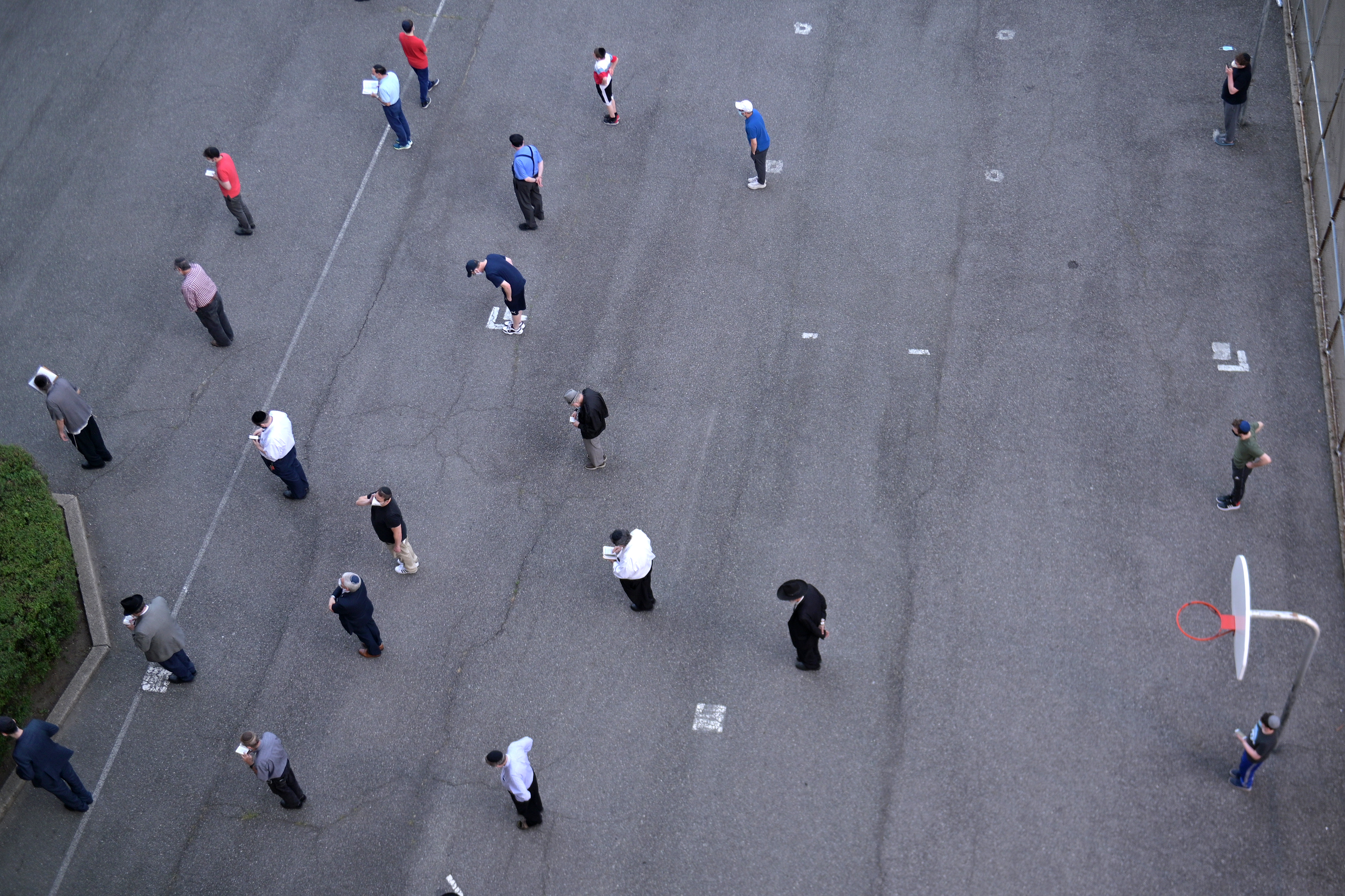 A group of Jewish men gather in the Basketball Court on the Lower East Side to pray while Temples remain closed due to the coronavirus on June 24, 2020 in New York City (Photo by Michael Loccisano/Getty Images).

Sharpe’s order quotes Cuomo’s statement that the protests were okay to continue. The protests following the death of George Floyd who died after a police officer knelt on his neck for over eight minutes, a video of the incident showed.

Cuomo did not apply the same logic to religious ceremonies, according to the injunction, as Executive Order 202.10 forbade religious gatherings, despite being smaller than most Floyd protests. (RELATED: Progressive Group Reportedly Used Phone Data To Track Anti-Lockdown Demonstrators, But Seemingly Didn’t Track George Floyd Protesters)

Cuomo’s order stated that “all nonessential gatherings of individuals of any size for any reasons (e.g. worship services, parties, celebrations or other social events) are canceled or postponed, and that “individuals should not gather in houses of worship, homes, or other locations for religious services until the end of this public health emergency.”

“Governor Cuomo and Mayor de Blasio could have just as easily discouraged protests, short of condemning their message, in the name of public health and exercised discretion to suspend enforcement for public safety reasons instead of encouraging what they knew was a flagrant disregard of the outdoor limits and social distancing rules,” Sharpe wrote.

“They could have also been silent. But by acting as they did, Governor Cuomo and Mayor de Blasio sent a clear message that mass protests are deserving of preferential treatment.”