Madison Cawthorn, a 24-year-old Republican nominee for Congress, said defunding the police and “mob mentality” will create anarchy in an interview with the Daily Caller News Foundation.

Cawthorn won the Republican congressional nomination for North Carolina’s 11th District on Tuesday. His win was an upset for Lynda Bennett, who was widely endorsed by members of the Republican Party.

He said efforts to defund the police are “laughable” and likened them to an “Orwellian nightmare.” His comments came as many on the left are calling for defunding or even abolishing police departments following the death of George Floyd, who died May 25 in Minneapolis police custody.

If police departments were defunded, “American people would be crying out saying, ‘Please protect us,’ ‘I don’t feel safe in my home,’ ‘I don’t want to kill my fellow American,’ ‘Please come in and save us,'” Cawthorn said.

He added: “What I believe is going to happen is it’s going to create a nationalized police force … And you know what? I believe that this is going to push us more toward a centralization of power, and that is a really scary world to me. I mean, it just reeks of an Orwellian nightmare.”

“At the end of the day we cannot demonize the police, they are ones who keep us safe in society,” he continued.

Cawthorn claimed over 65% of the vote against Bennett when the race was called. President Donald Trump called the young nominee to congratulate him from Air Force One. (RELATED: Mark Meadows Officially Resigns From Congress, Starts Job As White House Chief Of Staff) 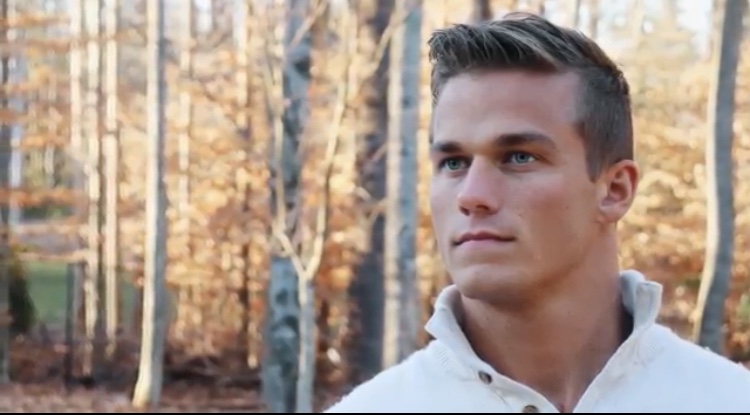 On other issues, particularly statue removal, Cawthorn said how “mob mentality has no intelligence,” and advocated for “sober-minded, candid conversations.”

“I’m not against pulling down our statues of Confederate generals and Confederate leaders,” he said. “I do not believe it should be done by a mob. I don’t think we should go out in the night masked, put a truck around it and pull it down.”

Instead, Cawthorn noted, it’s going to take some “sober-minded” and “candid” conversations leading to a debate and eventually a vote before making any decisions.

“I don’t believe in erasing history, but I don’t think we should romanticize what these Confederate generals did,” he said.

Cawthorn is favored to win the November general election against Democrat Moe Davis, a retired Air Force colonel, The Hill reported. If he succeeds, Cawthorn will be one of the youngest members ever to take a congressional seat at the House of Representatives.