The Minneapolis City Council unanimously approved a draft amendment Friday to abolish the city’s police department, sending the proposal to the next stages of possible approval.

The amendment calls for modifying the city charter to replace the police department with a Department of Community Safety and Violence Prevention, according to a draft posted online. The draft indicates that this new department “will have responsibility for public safety services prioritizing a holistic, public health-oriented approach” and requires that its director “have non-law enforcement experience in community safety services.”

The proposed amendment will now be sent to a policy committee and the city’s Charter Commission, the Associated Press reported. During these stages of formal review, city residents and other officials will be able to express their opinions on the matter. (RELATED: Pelosi Accidentally Calls George Floyd ‘George Kirby’ During Press Conference) 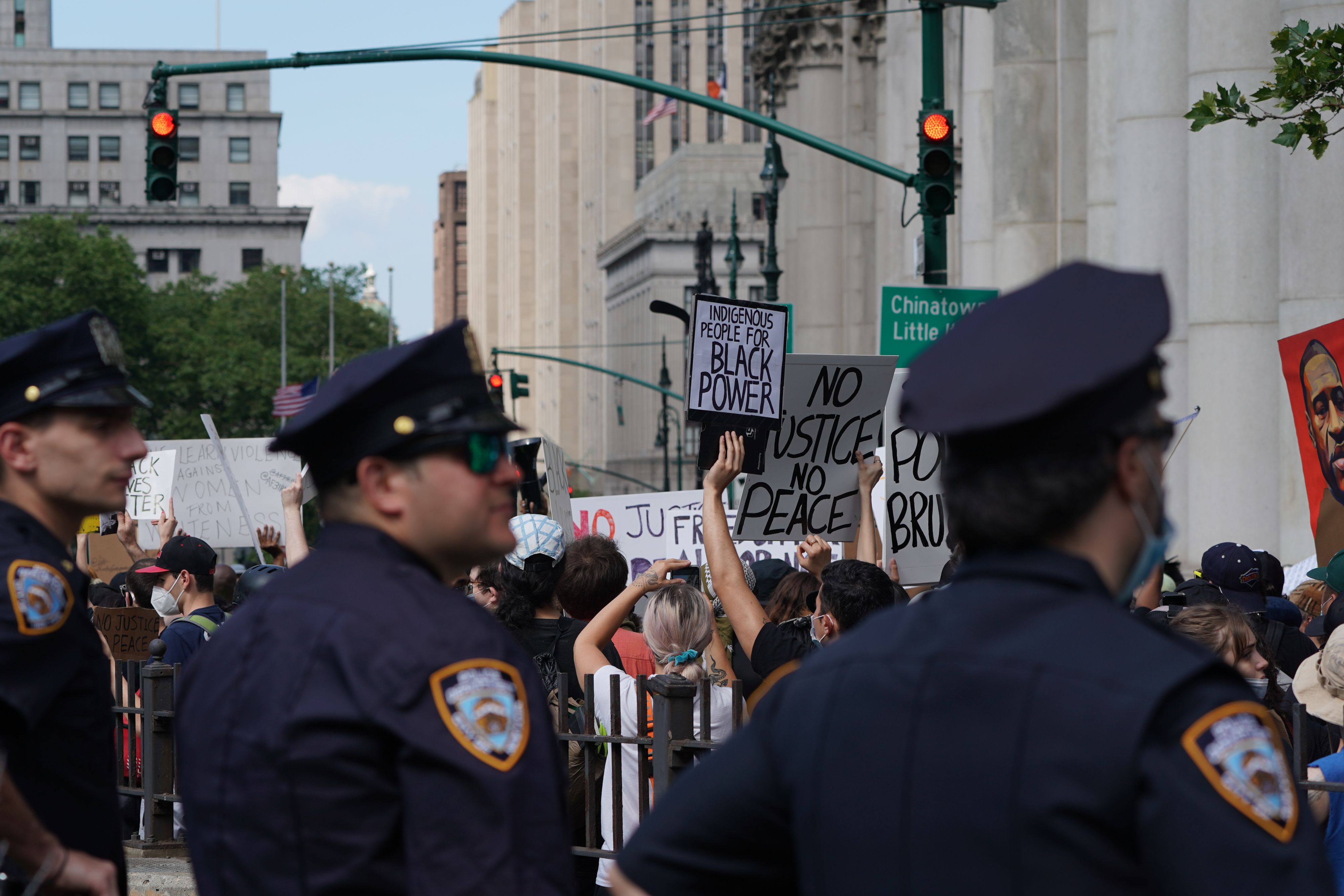 New York City Police look on as protesters march into Manhattan from the Brooklyn Bridge over the death of George Floyd by Minneapolis Police on June 19, 2020 in New York. The US marks the end of slavery by celebrating Juneteenth, with the annual unofficial holiday taking on renewed significance as millions of Americans confront the nation’s living legacy of racial injustice. (Bryan R. Smith / AFP)

Barry Clegg, chairman of the Charter Commission, said he was skeptical of the draft proposal. “As I understand it, they are saying, ‘We are going to have this new department. We don’t know what it’s going to look like yet. We won’t implement this for a year, we’ll figure it out.’ For myself anyway, I would prefer that we figured it out first, and then voted on it,” Clegg told the AP.

Clegg also noted the tight timeline with which they are working. The proposed amendment must be finalized by August 21 in order for city residents to vote on it in November, but the proposal still faces many more bureaucratic challenges, including a possible veto from Mayor Jacob Frey.

Frey has received backlash for his opposition to the police department’s dismantling, but he remains skeptical of the proposal. “There is a significant lack of clarity. And if I’m seeing a lack of clarity, so are our constituents,” Frey told the AP.

Others are skeptical of the draft amendment for different reasons. The Twin Cities Coalition for Justice for Jamar, an advocacy group for justice reform, expressed that the proposal was devoid of substance. It would instead prefer to see the new department under the direct control of elected city residents, who would have the power to both hire and fire officers, according to the AP.

The city’s 10,000 current law enforcement officers are represented by the Minneapolis Police and Peace Officers Association, which said that the “haphazard effort to dismantle the police department” will ultimately create “an unsafe environment.”

The vote came less than three weeks after nine council members publicly pledged to abolish the police force and create a new department.