The city of Seattle moved in Friday morning to dismantle the Capitol Hill Autonomous Zone (CHAZ), according to KING5.

Democratic Seattle Mayor Jenny Durkan said Monday the city would be taking the zone down and officers would be returning to the East Precinct after abandoning it within CHAZ two weeks ago. The area has seen numerous shootings recently that left one man dead.

Not all protesters were on board with the city moving in. One protester laid down in the middle of the street in front of a front-end loader to prevent it from dismantling the zone, according to KING5. (RELATED: ‘Seeds Of Justice’: Seattle’s ‘CHAZ’ Is Ending And Pramila Jayapal Has Only Referenced It Once)

The city crew left the area after putting construction equipment near entry points, according to KING5.

“Several trucks and front end loaders drove away from the scene about 7:30 a.m.,” KING5 reported. 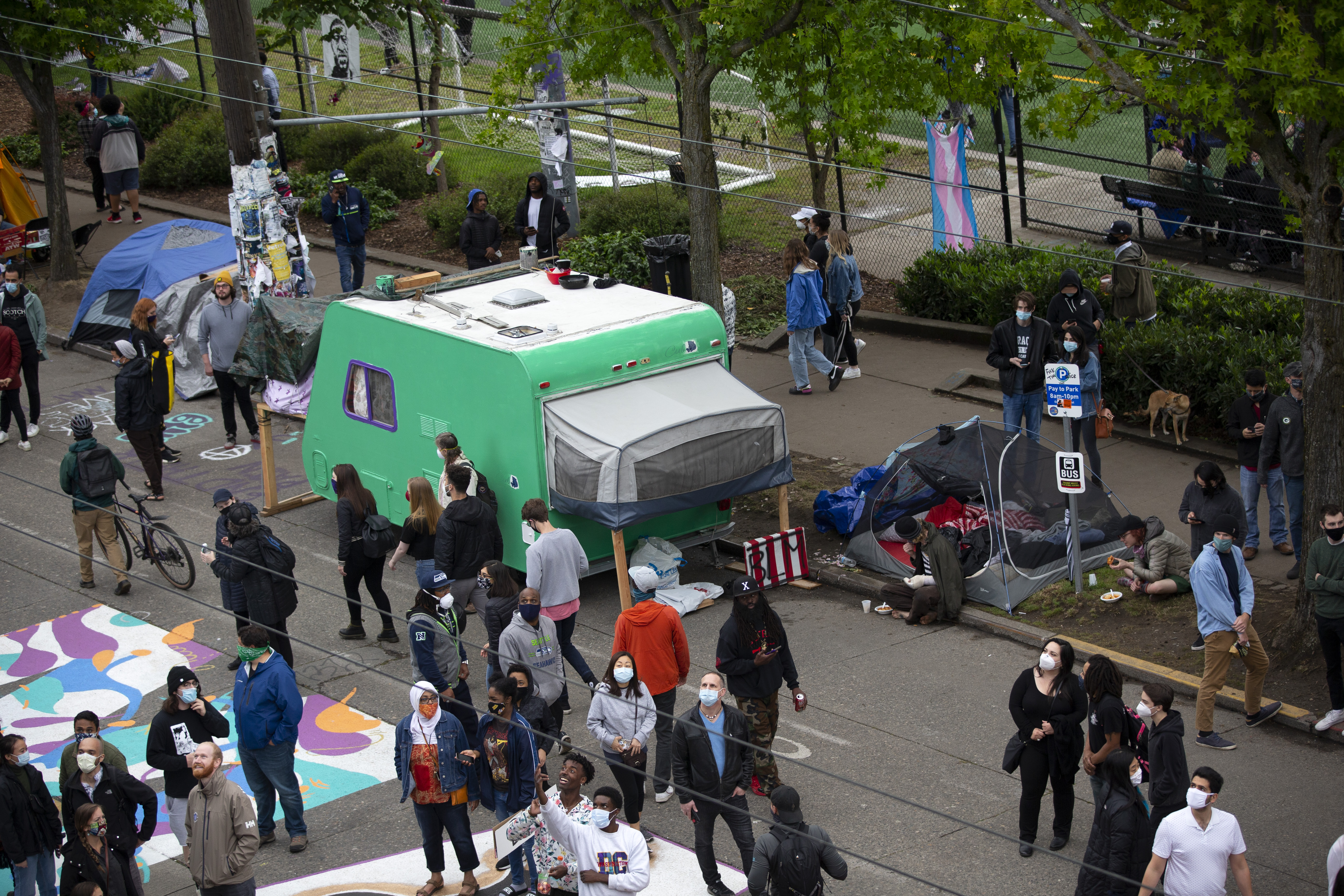 Tents and campers are set up in an area dubbed the Capitol Hill Autonomous Zone (CHAZ) on June 12, 2020 in Seattle, Washington. (Karen Ducey/Getty Images)

The decision to dismantle CHAZ and restore a police presence comes after residents and businesses within the area have reportedly joined a lawsuit against the city.

“This lawsuit is about the constitutional and other legal rights of Plaintiffs—businesses, employees, and residents in and around CHOP—which have been overrun by the City of Seattle’s unprecedented decision to abandon and close off an entire city neighborhood, leaving it unchecked by the police, unserved by fire and emergency health services, and inaccessible to the public at large,” the lawsuit reads, according to KING5. “The City’s decision has subjected businesses, employees, and residents of that neighborhood to extensive property damage, public safety dangers, and an inability to use and access their properties.”

The Seattle Department of Transportation (SDOT) Director Sam Zimbabwe, as well as other SDOT workers, spoke with protesters upon the city crew’s arrival to the area. Seattle Fire Chief Harold Scoggins was also present, according to KING5.