The trip would have been Trump’s second Bedminster trip since states began reopening, with the first coming back on June 14 to celebrate his 74th birthday, and New York Times’ Maggie Haberman first reported the change in plans on Friday.

POTUS has canceled his trip to Bedminster this weekend, per two ppl briefed.

Trump opted to move forward with the trip earlier this week, despite New Jersey, New York and Connecticut’s decision to force any individuals visiting the tri-state area to quarantine for 14 days, but White House deputy press secretary Judd Deere said Friday’s decision “has nothing to do with that.” (RELATED: US Breaks Single-Day Record Of New Coronavirus Cases)

“In New York we went from the highest number of cases to some of the lowest rates in the country,” Democratic New York Gov. Andrew Cuomo said in a statement announcing the forced quarantine. “No one else had to bend the curve as much as we did and now we have to make sure that the rate continues to drop in our entire region.” 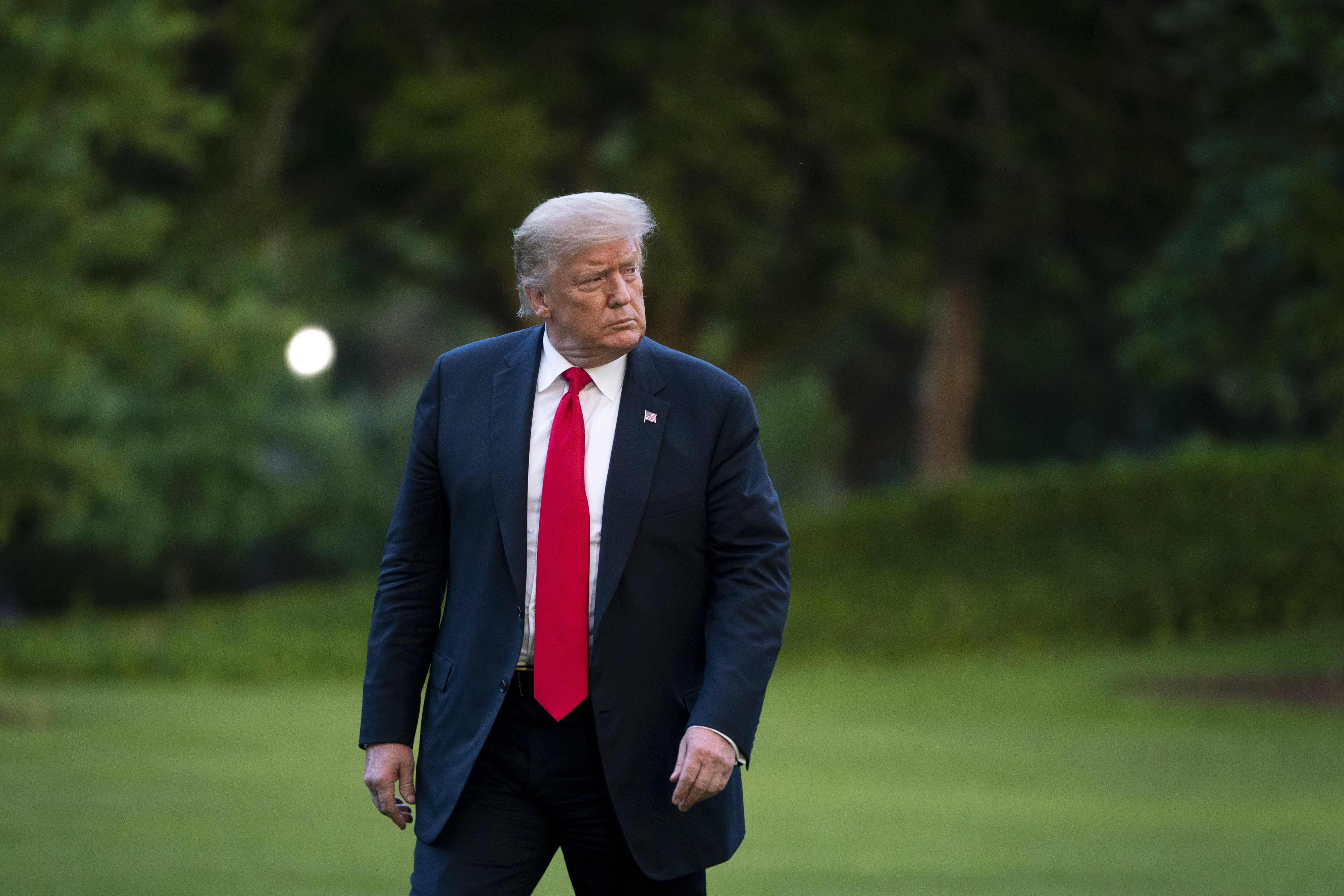 WASHINGTON, DC – JUNE 25: U.S. President Donald Trump walks to the White House residence after exiting Marine One on the South Lawn on June 25, 2020 in Washington, DC. President Trump traveled to Wisconsin on Thursday for a Fox News town hall event and a visit to a shipbuilding manufacturer. (Photo by Drew Angerer/Getty Images)

Deere defended the trip earlier in the week by noting the president isn’t a “civilian.”

Multiple Trump campaign staffers tested positive for coronavirus ahead of the president’s rally in Tulsa, Oklahoma last Saturday. Additionally, Trump visited Arizona this past Tuesday, a state which has seen a surge of new coronavirus cases over the past week.