The Wall Street Journal’s editorial board issued a scathing critique of President Donald Trump on Thursday evening for failing to explicitly state initiatives he wants to tackle in a potential second term in the White House.

“As of now Mr. Trump has no second-term agenda, or even a message beyond four more years of himself,” the board writes. “His recent events in Tulsa and Arizona were dominated by personal grievances. He resorted to his familiar themes from 2016 like reducing immigration and denouncing the press, but he offered nothing for those who aren’t already persuaded.” 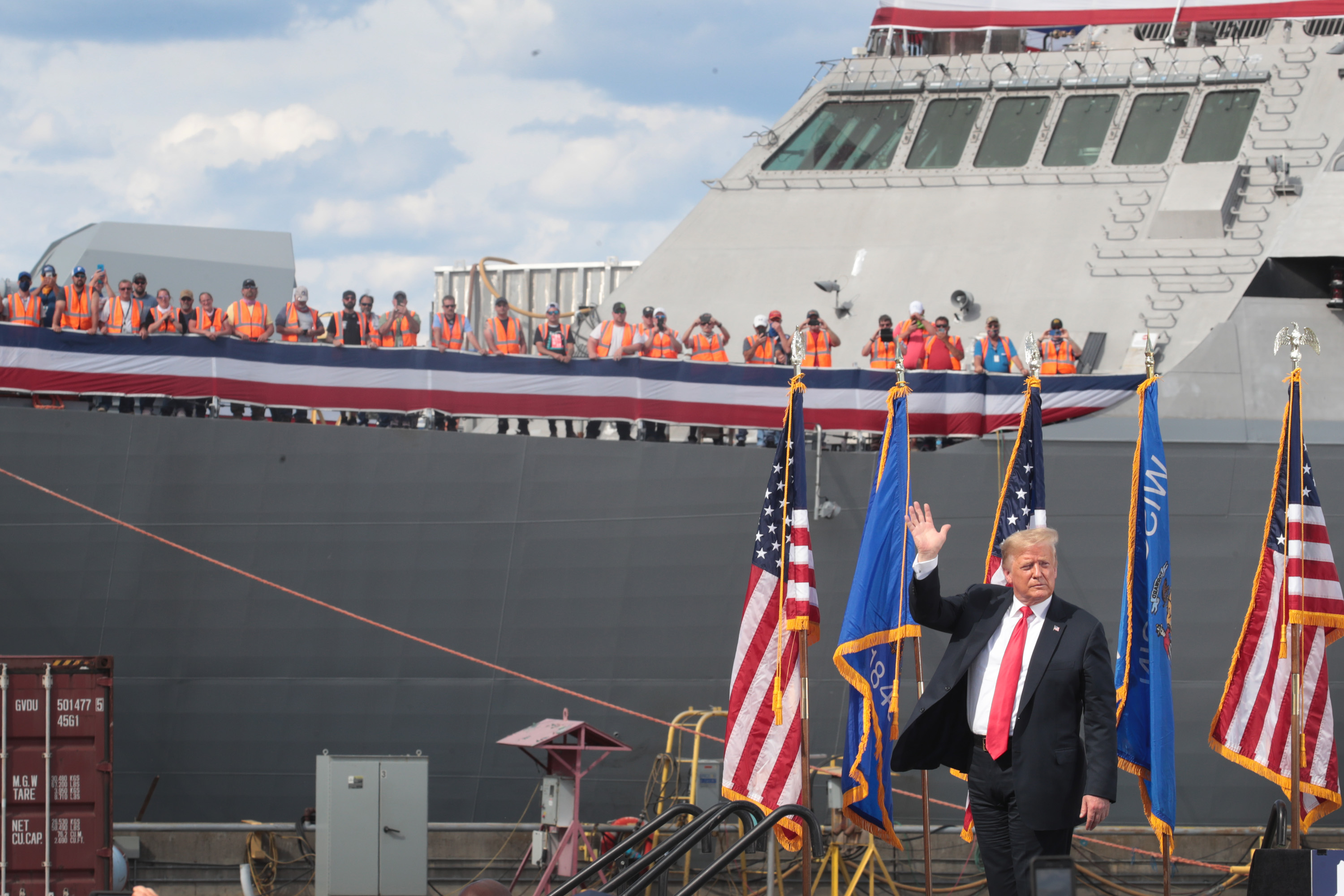 MARINETTE, WISCONSIN – JUNE 25: US President Donald Trump waves after speaking to guests during a visit to the Fincantieri Marinette Marine shipyard on June 25, 2020 in Marinette, Wisconsin. The company was recently awarded a $5.5 billion contract to build ships for the U.S. Navy. (Photo by Scott Olson/Getty Images)

The editorial says that “Mr. Trump’s advisers have an agenda that would speak to opportunity for Americans of all races—school choice for K-12, vocational education as an alternative to college, expanded health-care choice, building on the opportunity zones in tax reform, and more.”

Still, The Wall Street Journal’s editorial board suggests that “Mr. Trump lacks the self-awareness and discipline to make this case.”

“If that’s true he should understand that he is headed for a defeat that will reward all of those who schemed against him in 2016,” the board concludes. “Worse, he will have let down the 63 million Americans who sent him to the White House by losing, of all people, to ‘Sleepy Joe.'”

The editorial was published just before Fox News aired a Thursday night town hall featuring Trump and Sean Hannity. During the event, Hannity flat out asked the president “what’s at stake in this election as you compare and contrast, and what are your top priority items for a second term?

Here’s the transcript of Trump’s response when he was asked what are his top priorities for a second term. pic.twitter.com/XKMawRiXFs

Instead of listing any potential initiatives, Trump gave a confusing answer on his experience living in Washington, DC.

“I was in Washington I think 17 times, and all of a sudden, I’m the president of the United States,” Trump continued. “I’m riding down Pennsylvania Avenue with our First Lady and I say, ‘this is great,’ but I didn’t know very many people in Washington. It wasn’t my thing. I was from Manhattan, from New York.” (EXCLUSIVE: Read All The Highlights From Our Hour-Long Oval Office Interview With President Donald Trump)

Trump did tell the Daily Caller during an exclusive interview in the Oval Office that he would be open to modernizing antitrust laws for internet companies, but he has not yet expanded on those comments publicly and suggested in the same interview that the process would be an uphill battle.