Princeton University trustees have decided to remove former President Woodrow Wilson as the namesake for two of its schools.

The school’s board of trustees determined that Wilson’s “racist thinking and policies make him an inappropriate namesake for a school or college whose scholars, students, and alumni must stand firmly against racism in all its forms,” Princeton President Christopher L. Eisgruber said in a statement, according to a Saturday New York Times report.

Wilson’s name will reportedly be removed from both a residential college and its public policy school. 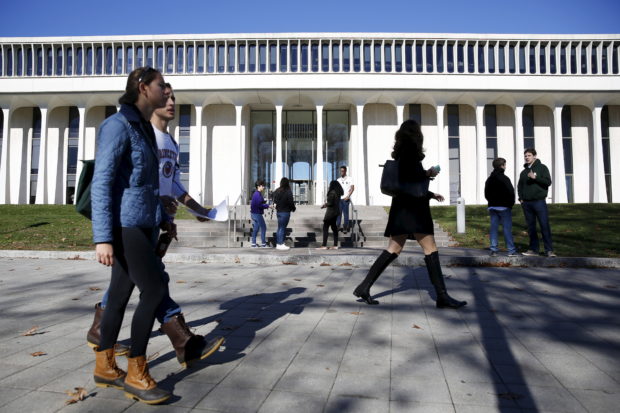 “Wilson’s racism was significant and consequential even by the standards of his own time,” Eisgruber continued.

The residential college had already been slated to change names over the next two years, the Times reported, but Princeton leaders decided to “accelerate” the process instead of having students “identify with the name of a racist president for the next two years.”

Though Wilson, a Princeton graduate, was a southerner who supported segregation, he also was a key figure in the rise of modern progressivism due to his strengthening of the federal government’s role in American society. (RELATED: Tucker Carlson Reviews ‘White Fragility’: ‘Poisonous Garbage’ By A ‘Complete And Total Idiot’)

Princeton leaders had voted in 2016 to keep the former U.S. president’s name even after Black Lives Matter student activists walked out of class and took over Eisgruber’s office in 2015. The latest move, however, comes as demonstrators sparked by the death of George Floyd have demanded the removal of statues and monuments of historical figures of all stripes, from Abraham Lincoln to Ulysses S. Grant to prominent abolitionists for not having modern-day views on race.