The Chinese government is committing “demographic genocide” against Uighur Muslims through forced abortions, birth control, mass detentions, and imprisonment, an investigation by the Associated Press found.

The AP investigation, based on interviews with 30 former detainees, family members, a former detention camp instructor, government statistics and state documents, found that the Chinese government seeks to dramatically lower the birthrates of Uighurs and other minorities while encouraging other populations to produce more children.

The publication found that the Chinese government has created a “climate of terror around having children, as seen in interview after interview.” Between 2015 and 2018 (the latest years for government statistics), birthrates in the mostly Uighur regions of Hotan and Kashgar have plummeted by over 60%, while in Xinjiang, birth rates fell almost 24% in the last year alone.

These statistics compare to the 4.2% decline in birthrates across China, the publication reports.

In the past, Chinese officials have said that the birth control measures are meant to even the number of children birthed by Han Chinese and ethnic minorities. A Chinese ministry spokesman told the Associated Press Monday that the publication’s story was “fabricated” and “fake news,” adding that the Chinese government does not discriminate against minorities or ethnicities.

“Everyone, regardless of whether they’re an ethnic minority or Han Chinese, must follow and act in accordance with the law,” ministry spokesman Zhao Lijian told the AP. (RELATED: Here Are Some Reasons Why China Is Imprisoning Muslims)

Chinese parents who have more than a few children are often sent to detention camps or subjected to huge fines, the publication found, and police instill terror into families by raiding homes searching for hidden children. 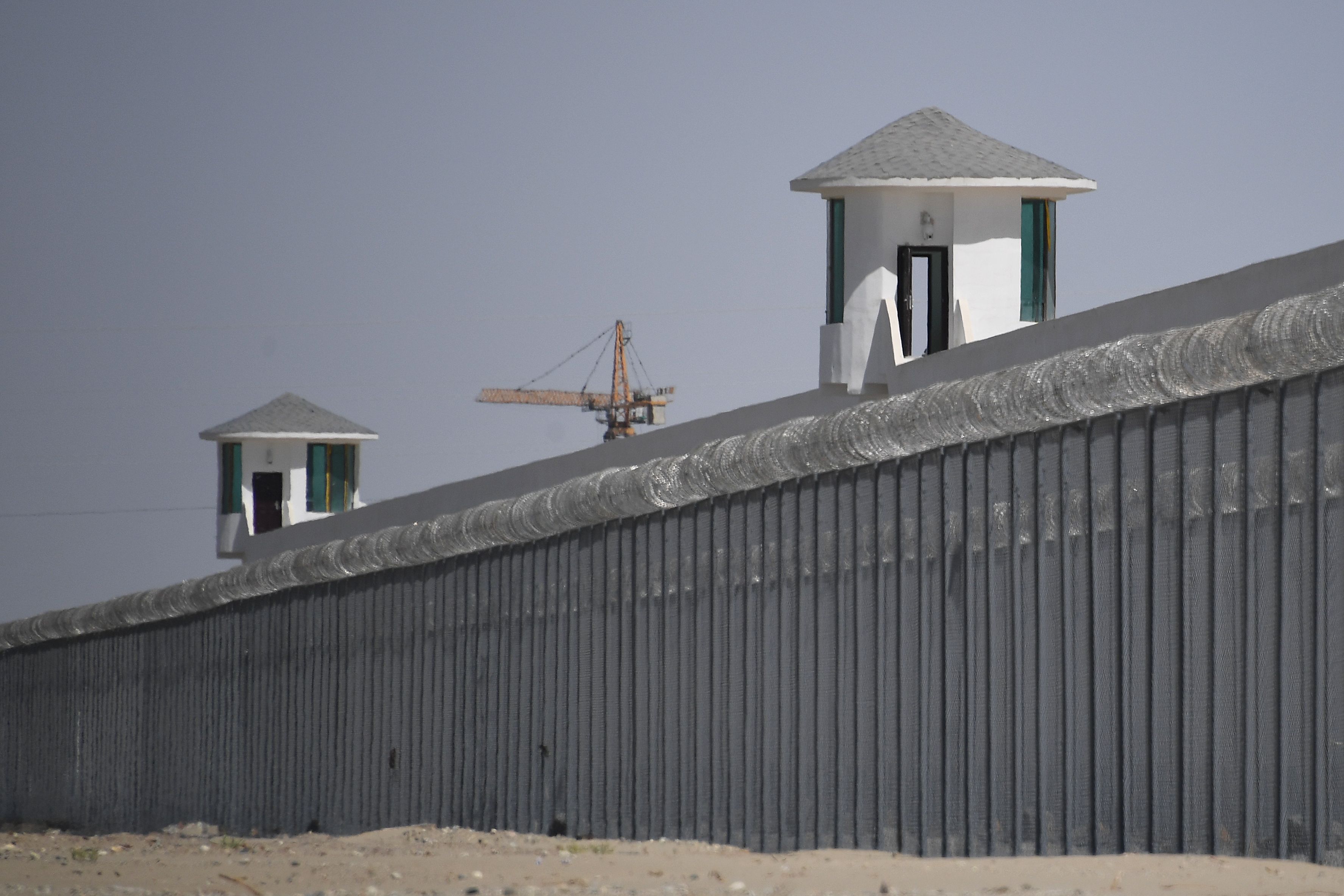 This photo taken on May 31, 2019 shows watchtowers on a high-security facility near what is believed to be a re-education camp where mostly Muslim ethnic minorities are detained, on the outskirts of Hotan, in China’s northwestern Xinjiang region. (Photo credit should read GREG BAKER/AFP via Getty Images)

The investigation also found that minority women are regularly required to go through pregnancy checks, forced to use intrauterine devices, forced into abortions and sterilization. In Xinjiang, use of IUDs and sterilization has sharply risen though use these measures have fallen nationwide, the AP reports.

Some experts called the governments campaign to sterilize certain populations a form of “demographic genocide,” according to the publication.

“God bequeaths children on you. To prevent people from having children is wrong,” Gulnar Omirzakh, a Chinese-born Kazakh, told the AP. “They want to destroy us as a people.”

The Chinese government ordered Omirzakh to get an IUD inserted after her third child, the AP reported, but four officials appeared on her doorstep two years later ordering her to pay a fine of $2,685 within three days or face the same fate as her husband: a detainment camp.

Scholars backed by the Chinese government fault the nation’s rural religious families for violent attacks that the Xinjiang government has accused Islamic terrorists of instigating, the investigation found. A 2018 paper written by the head of the Institute of Sociology at the Xinjiang Academy of Social Sciences warns that China’s growing Muslim population breeds poverty and extremism and heightens “political risk.”

Another paper portrayed the religious belief that “the fetus is a gift from God” as an obstacle.

Other experts accuse the Chinese government of attempting to strip Uighurs of their faith and force them to assimilate through constant surveillance, both political and religious education camps, and forced factory labor. Meanwhile, the children of these Uighurs are indoctrinated in orphanages.

“The intention may not be to fully eliminate the Uighur population, but it will sharply diminish their vitality,” Uighur expert at University of Colorado Darren Byler told the AP. “It will make them easier to assimilate into the mainstream Chinese population.”

But Joanne Smith Finley, a researcher at Newscastle University in the U.K., warns that it is straight up “genocide, full stop.” (RELATED: Chinese Government Appears To Have Been Destroying Muslim Cemeteries For Years)

“It’s not immediate, shocking, mass-killing on the spot type genocide, but it’s slow, painful, creeping genocide,” Finley told the AP. “These are direct means of genetically reducing the Uighur population.”

One Kazakh woman, Dina Nurdybay, described to the AP how one of her cellmates in a detention camp was forced to give a speech to a visiting official about her “crimes.” Nurdybay herself was unmarried and childless and was therefore spared a forced IUD upon her imprisonment, she said.

“I gave birth to too many children,” the woman described her cellmate telling the official in February 2018 through the bars of her cell. “It shows I’m uneducated and know little about the law.”

“Do you think it’s fair that Han people are only allowed to have one child?” the official asked, Nurdybay told the AP. “You ethnic minorities are shameless, wild and uncivilized.”

Nurdybay also described to the AP how she was transferred to a different facility that included an orphanage holding hundreds of children whose parents had been detained for having too many kids.

“They told me they wanted to hug their parents, but they were not allowed,” Nurdybay said. “They always looked very sad.”

Former detainee Tursunay Ziyawudun told the publication that she was repeatedly kicked in the lower stomach during interrogations and injected until she stopped having a period.

She said she was forced to attend lectures on family planning and that married women would be rewarded for obedient behavior by being allowed spend two hours in a bedroom with their husbands, to take showers, and use towels. But these things were only allowed if the women took birth control before, the AP reports.

In 2017, doctors threatened to detain Gulzia Mogdin’s brother if she did not undergo an abortion, Mogdin told the AP. The threat came after she was taken to a hospital because police had found WhatsApp on her phone, and a urine sample showed that she was two months along her third pregnancy.

The Associated Press described how the doctors inserted an electric vacuum into Mogdin’s womb and sucked her unborn baby out of her.

“That baby was going to be the only baby we had together,” Mogdin told the AP. “I cannot sleep. It’s terribly unfair.”