The Republican National Committee (RNC) responded Monday to news that Jacksonville is planning to institute a city-wide mask order stop coronavirus from spreading.

The Daily Caller asked the RNC about Jacksonville Mayor Lenny Curry’s mask order which he announced Monday afternoon. The order would require masks to be worn inside. The announcement comes after other cities in Florida, such as Miami, Fort Lauderdale, Tampa, St. Petersburg and Orange County have made it mandatory to wear a mask.

“The RNC is committed to holding a safe convention that fully complies with local health regulations in place at the time. The event is still two months away, and we are planning to offer health precautions including but not limited to temperature checks, available PPE, aggressive sanitizing protocols, and available COVID-19 testing,” RNC spokesperson Steve Guest told the Daily Caller. 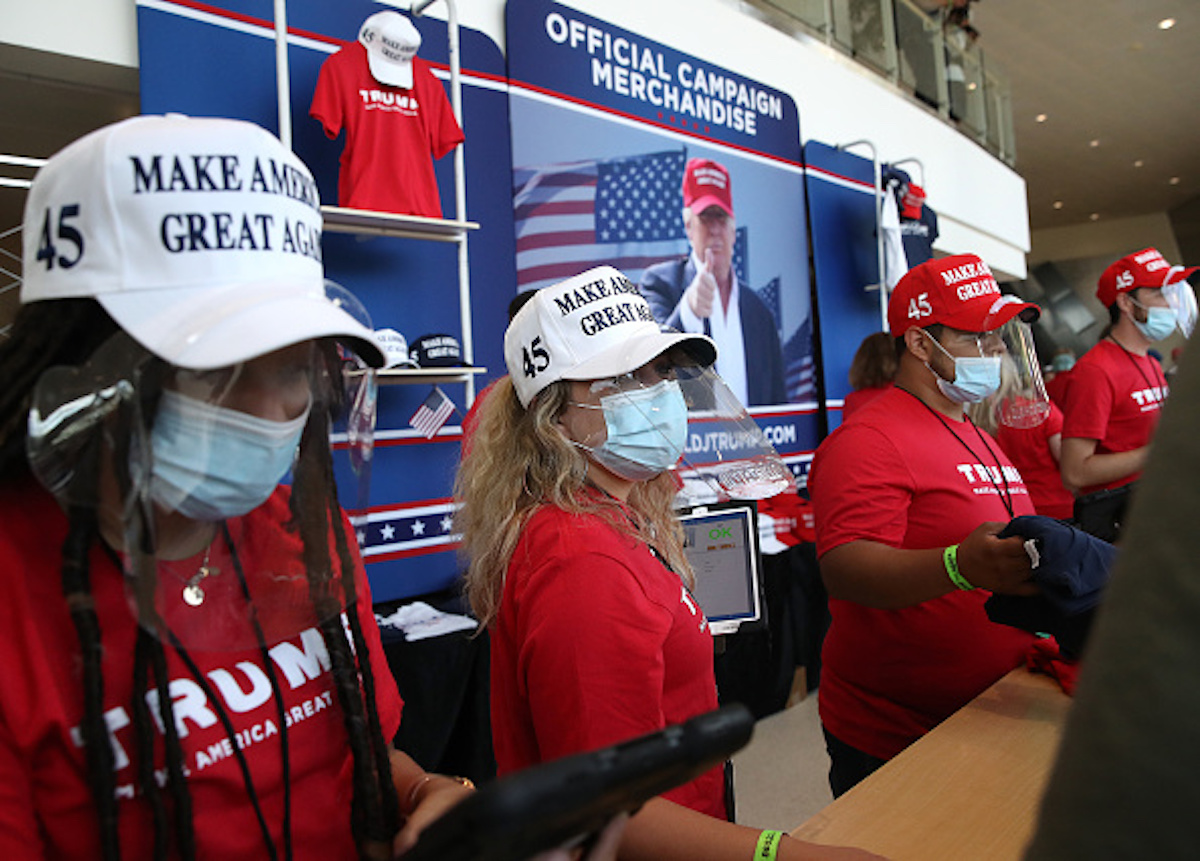 Merchandise vendors wear masks while selling campaign gear during a rally for U.S. President Donald Trump at the BOK Center on June 20, 2020 in Tulsa, Oklahoma. (Photo by Win McNamee/Getty Images)

“We have a great working relationship with local leadership in Jacksonville and the state of Florida, and we will continue to coordinate with them in the months ahead,” Guest continued. (RELATED: Pence Weighs In On Trump’s Comments About Pulling Republican National Convention Out Of North Carolina)

Hundreds of Florida doctors have warned of the possible consequences of hosting the RNC Convention in a letter to Curry and the city council, according to Fox News. (RELATED: ‘Medically Disrespectful’: Florida Doctors Express Concern Over Republican National Convention)