A socialist member of the Seattle City Council blamed capitalism for the latest shooting in Seattle’s Capitol Hill Autonomous Zone (CHAZ) in a series of tweets Monday.

Councilmember Kshama Sawant is a member of Socialist Alternative, a national political party that advocates for policies such as a $15 minimum wage. A 16-year-old died and a 14-year-old is still being treated following a drive-by shooting that took place early Monday morning in CHAZ, also known as the Capitol Hill Occupied Protest (CHOP), according to Seattle police.

“While we await details of this tragic killing, it highlights capitalism’s brutality & endemic violence,” Sawant tweeted Monday. “Our movement rejects insinuations & falsehoods perpetuated by corporate & conservative media that this violence is outcome of CHOP or of our movement.”

While we await details of this tragic killing, it highlights capitalism’s brutality & endemic violence. Our movement rejects insinuations & falsehoods perpetuated by corporate & conservative media that this violence is outcome of CHOP or of our movement.https://t.co/AsbMeUiRgp

Sawant added: “Capitalism *is* a police state. While we’ll have to fight to win reforms, we have to dismantle capitalism to win a violence-free society.” (RELATED: City Workers Arrive At Seattle’s ‘CHAZ’ To Dismantle It)

Sawant has advocated for the defunding of the Seattle Police Department in the wake of the death of George Floyd, a black man who died in Minneapolis police custody after an officer kneeled on his neck, video of the incident shows. She called for the defunding of the police and said completely dismantling the police under capitalism is impossible at a rally on June 9, according to KOMO News.

“This tragic killing underscores the urgency to Defund police by at least 50 percent, win the strongest possible Amazon Tax this week to fund housing & jobs, release protesters without charges, and winning the other demands put forward by the movement,” Sawant tweeted Monday. 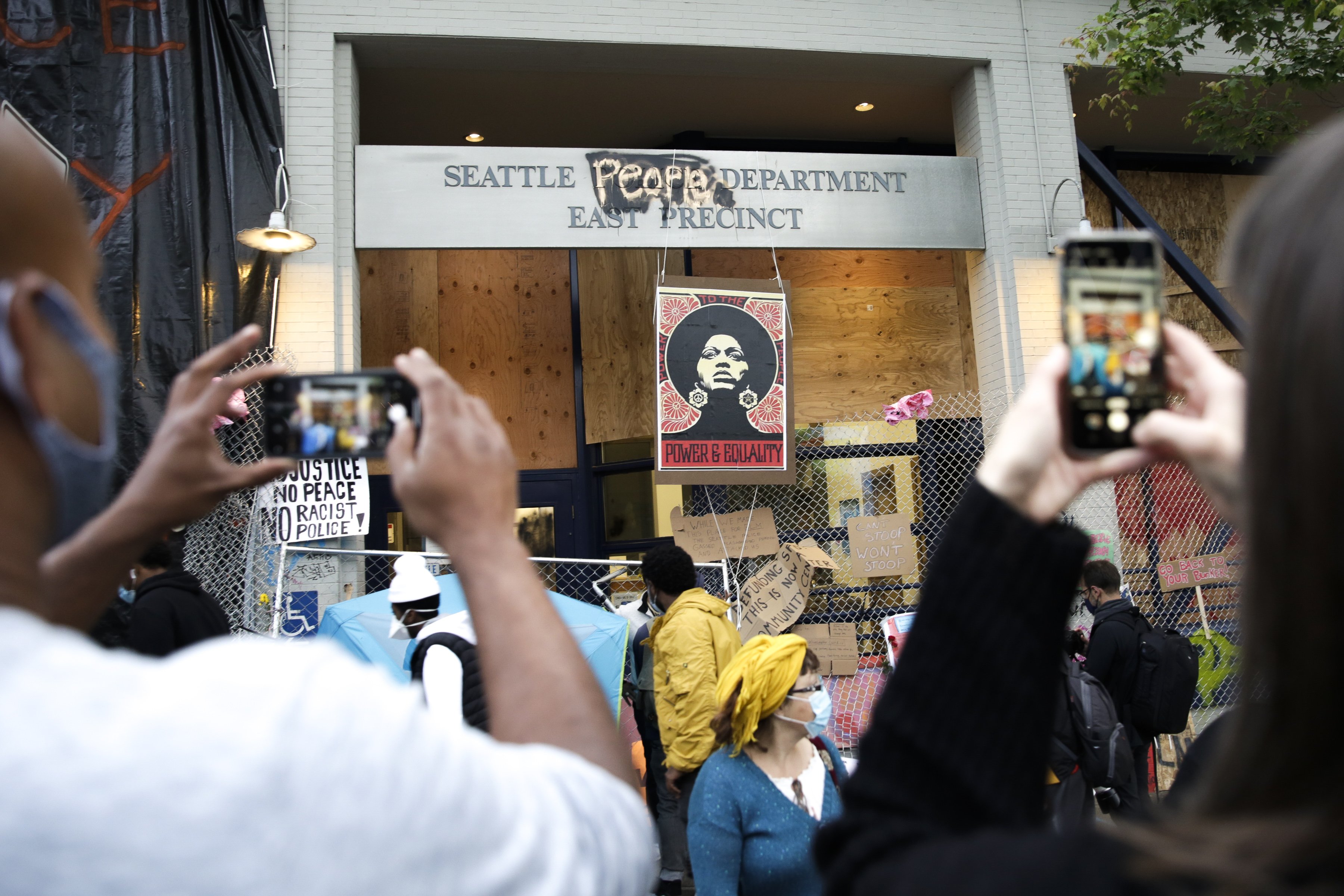 The so-called cop-free Capitol Hill Anonymous Zone is a six-block area in downtown Seattle established on June 8 by demonstrators during Floyd protests. The city of Seattle began dismantling the area on Friday.

Monday’s shooting is just the latest in a series of shootings in the zone. Three shootings were reported last week in the area resulting in one death and multiple injuries, according to the Daily Caller.

Sawant has served on Seattle’s city council since 2014, according to the City of Seattle’s website.