Following Republican Texas Gov. Greg Abbott’s order for bars to close amid a surge in coronavirus cases, a group of bar owners filed lawsuits against the state, alleging the order violates the state constitution and unfairly targets bars, according to the Associated Press.

Abbott ordered bars to be shut down Friday across the state for a second time and for restaurants to scale back their operating capacity after a record-high number of hospitalizations Thursday. He also linked the spike in cases to the reopening of bars in May, according to the Associated Press.

The concerning trend followed into Monday, when Texas reported nearly 6,000 coronavirus hospital patients, a record high, although the number of additional confirmed cases was below 5,000 for the first time in a week. (RELATED: Abbott Orders Texas Bars To Close Again Amid Coronavirus Surge)

The governor’s order closed businesses that make at least 51% of their revenue from alcohol sales, which the bar owners allege target bars while allowing businesses like salons and tattoo studios to continue operations. 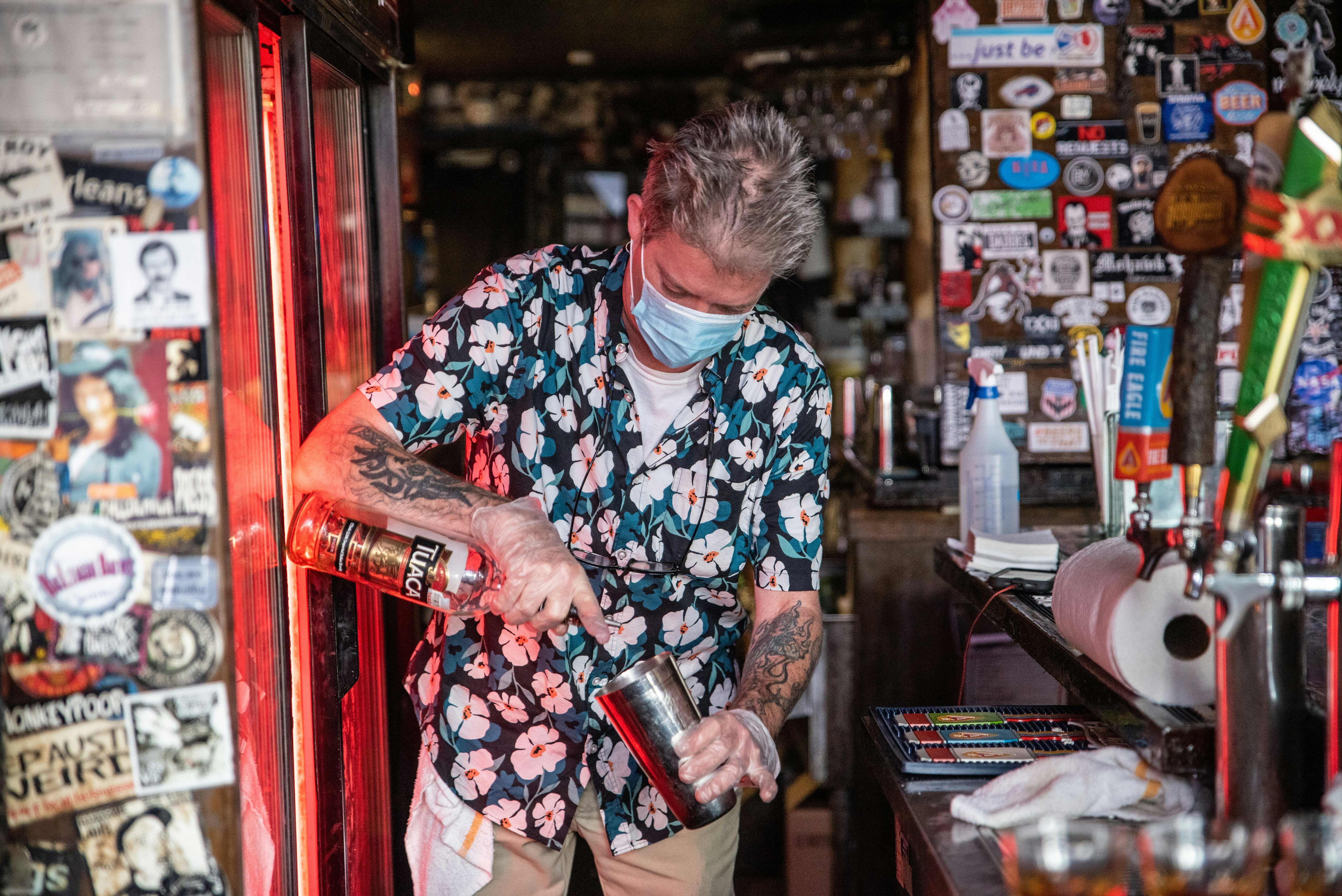 A bartender wearing a facemask makes a drink at a restaurant in Austin, Texas, June 26, 2020. – Texas Governor Greg Abbott ordered bars to be closed by noon on June 26 and for restaurants to be reduced to 50% occupancy. Coronavirus cases in Texas have spiked in recent weeks after being one of the first states to begin reopening. (Photo by SERGIO FLORES/AFP via Getty Images)

“I don’t think it’s right that he’s violating our constitutional rights,” Allen Parker, the lead plaintiff in the lawsuit and bar owner in East Texas, said Monday according to the Texas Tribune. “The reason I’m speaking up is I don’t like that he can’t be consistent. You lead by example. Everything he’s said he’s walked back. And I’m disappointed in him because I was a big fan of his.”

Jared Woodfill, the attorney representing the bar owners says Abbott is “unilaterally destroying our economy and trampling on our constitutional rights.”

“Why does he continue unilaterally acting like a king?” Woodfill said according to the Texas Tribune. “He’s sentencing bar owners to bankruptcy.”