A Christian wedding photographer has filed a lawsuit challenging a Virginia state law that could punish him with hefty fines if he refused services for same-sex weddings.

Alliance Defending Freedom is representing photographer Chris Herring in the lawsuit filed Tuesday against the Virginia Values Act, which went into effect Wednesday and prohibits discrimination in both private and public employment.

The new law, which was approved by Democratic Gov. Ralph Northam, means artists like Herring could be forced to provide their services against their beliefs to same-sex couples or be subject to fines of up to $50,000, with a $100,000 fine per additional violation. 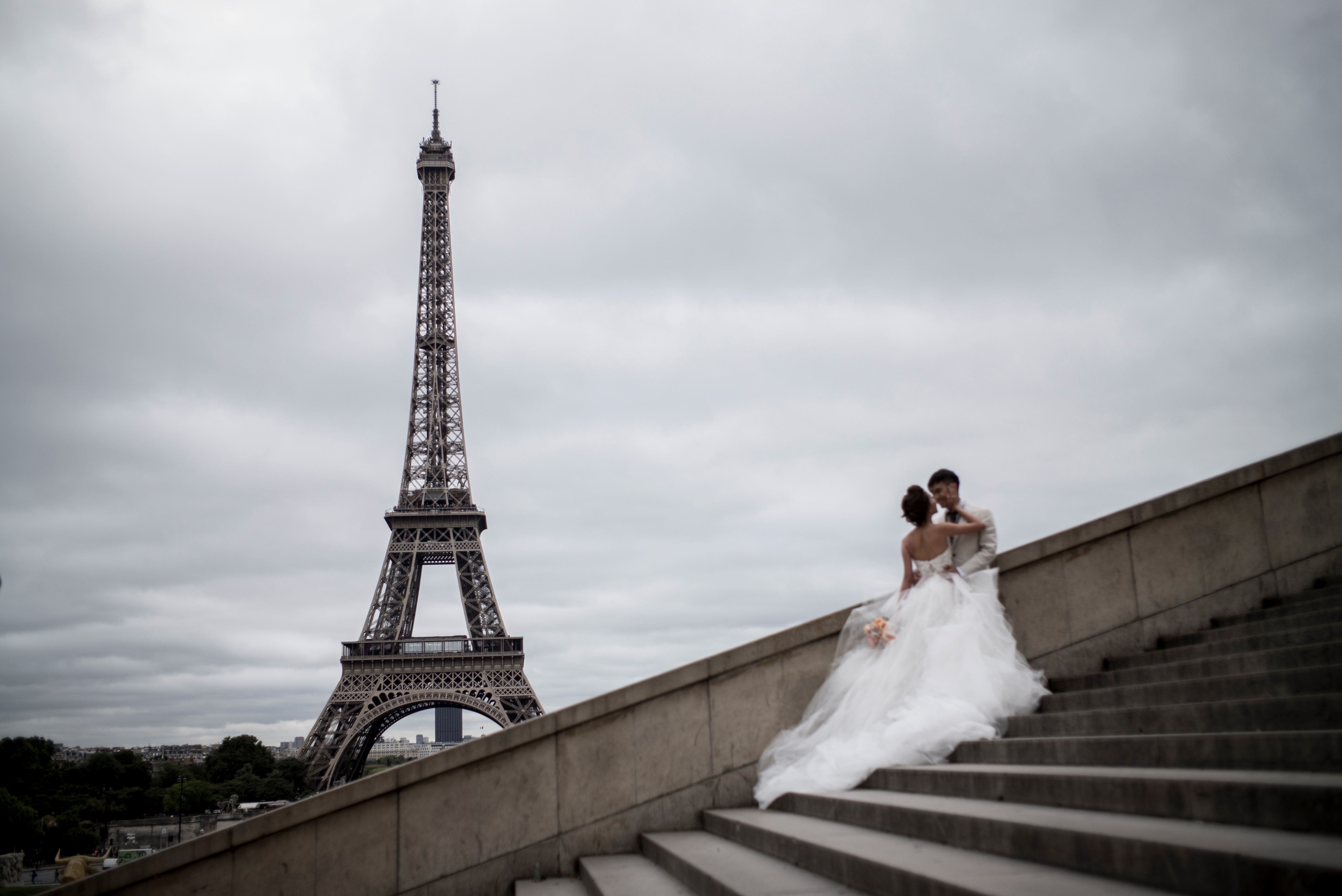 A young married couple kisses in front of the Eiffel Tower in Paris on September 29, 2016. (PHILIPPE LOPEZ/AFP via Getty Images)

“The case is about whether an artist should be free to choose the messages they promote, and that’s what this particular law is putting at issue, Kate Anderson, senior counsel with Alliance Defending Freedom, tells Daily Caller.

Herring is also a blogger, and the law would forbid him from publicly explaining on his studio’s website the religious reasons for why he only celebrates wedding ceremonies between a man and a woman. The state considers such communication “discriminatory” on the basis of sexual orientation even when the beliefs are expressed by a private business.

“It isn’t the state’s job to tell me what I must capture on film or publish on my website,” Herring said according to ADF.

“My religious beliefs influence every aspect of my life, including the stories I tell through my photography. If you’re looking for someone to photograph a red-light district or promote drug tourism, I’m not your guy. Now Virginia is trying to intimidate creative professionals like me to change some of my other religious beliefs. I happily work with and serve all customers, but I can’t and won’t let the state force me to express messages that contradict my beliefs.”

Although the law was only put into effect Wednesday, ADF filed the lawsuit to make sure it can’t be applied in a way that’s going to force Herring or anyone else to violate their core convictions.

Known as a “pre-enforcement challenge,” the lawsuit allows citizens to challenge a law that threatens their rights before the state enforces it against them.

The foundation for the case echoes that of Masterpiece Cakeshop, which the Supreme Court ruled in favor of after an anti-discrimination law was ruled to not have been applied in a neutral manner. Jack Phillips, the owner of the shop, refused to bake a custom wedding cake for a gay couple due to his religious beliefs. (RELATED: Christian Baker Prevails At Supreme Court In Same-Sex Wedding Cake Dispute) 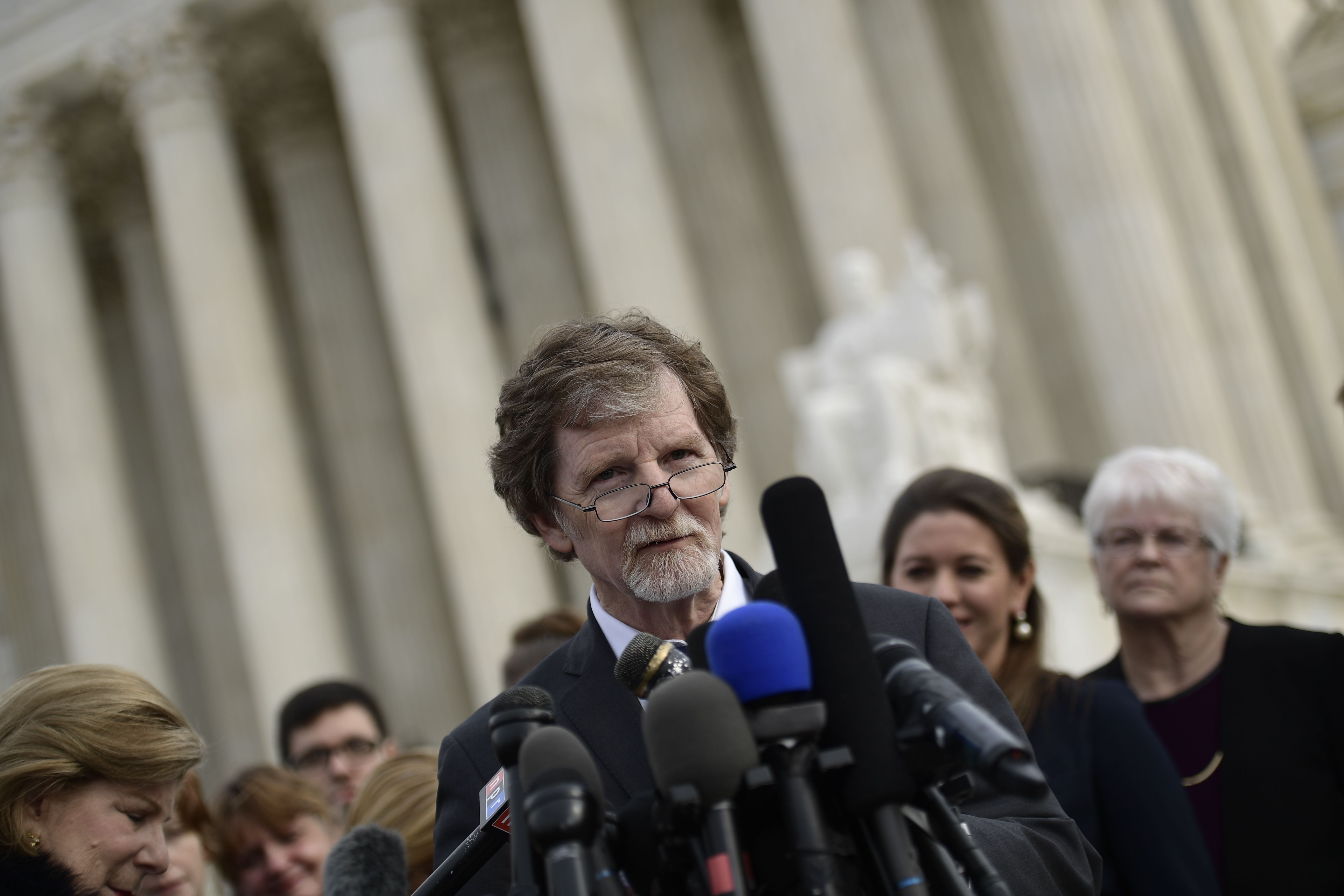 Jack Phillips, owner of “Masterpiece Cakeshop” in Lakewood, Colorado speaks outside the US Supreme Court as Masterpiece Cakeshop vs. Colorado Civil Rights Commission is heard on December 5, 2017 in Washington, DC.
(BRENDAN SMIALOWSKI/AFP via Getty Images)

“With Masterpiece Cakeshop, the Supreme Court came in and told Colorado that they cannot treat Christians as second class citizens,” Anderson said. “They can’t force Christians or anyone to violate their core convictions, something that everyone in this country should agree with.”

“Nobody should face government punishment for simply living out their convictions. We all have things we can and cannot do and so it’s much bigger than the marriage issue even though that’s where it’s being litigated most now. The freedoms we give up in this area are freedoms we’re giving up elsewhere.”