Police officers laughed while shooting rubber bullets at demonstrators during a Fort Lauderdale, Florida protest in May, according to body cam footage obtained by the Miami Herald.

The Fort Lauderdale police shouted obscenities and celebrated as they cleared protesters with non-lethal weapons during the May 31 protest, the Herald reported. The demonstrators were protesting the death of George Floyd, a black man who died in Minneapolis police custody May 25 after an officer kneeled on his neck, video of the incident shows.

“Did you see me f**k up those motherf****rs?” one of the officers said, according to the Herald.

Another officer responded: “I got the one f***er” while others laughed, the Herald reported. (RELATED: Mug Shots Foster Racial Bias And Will No Longer Be Released, San Francisco Police Chief Says)

However, Fort Lauderdale police officers said they were under attack and that protesters were hurling rocks, fireworks, smoke bombs, and water bottles with a yellow liquid, the Herald reported. One officer said he got hit by a half-stick of dynamite.

Fort Lauderdale police released the video after request from the Miami Herald. In a statement to the Daily Caller News Foundation, the Fort Lauderdale Police Department said it will review body camera footage of the protest, but that the more complete video shows that officers were under attack.

“The Herald’s story shows only two and half minutes of an 8 minute and 43 second long video,” the department said in the statement. “The entire video clearly demonstrates our officers were under attack by a group of people who chose to use violence instead of peace to antagonize the situation. Although the language is extreme, and offensive to some, our officers were dealing with the chaos of a developing situation.”

Editor’s note: This story has been updated to reflect the statement from the Fort Lauderdale Police Department.

“The entire video clearly demonstrates our officers were under attack by a group of people who chose to use violence instead of peace to antagonize the situation,” Fort Lauderdale Chief of Police Rick Maglione told the Herald. “Although the language is extreme, and offensive to some, our officers were dealing with the chaos of a developing situation.” 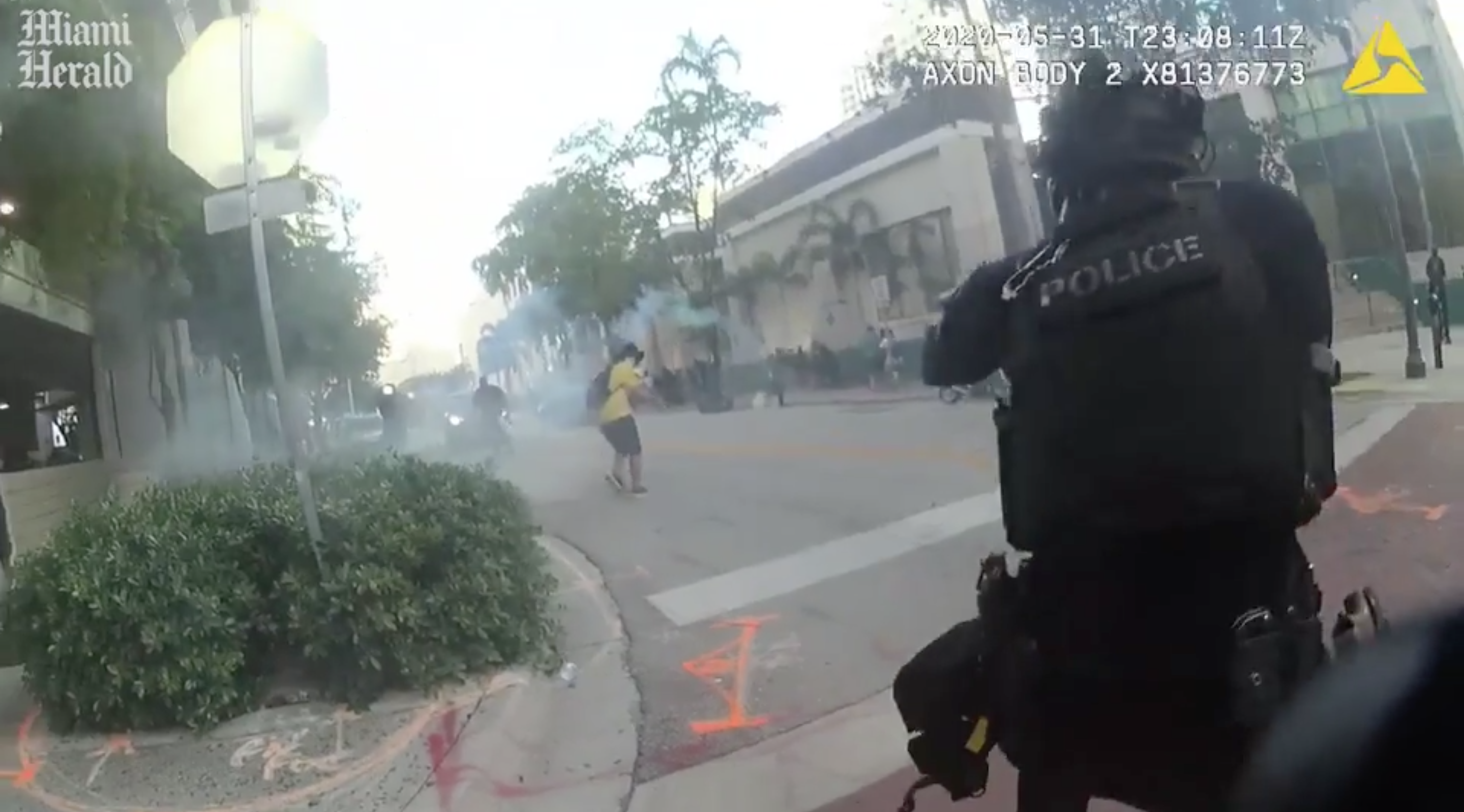 Fort Lauderdale police officer Steven Pohorence was charged with battery Tuesday for shoving a protester during the same May rally, according to the South Florida Sun-Sentinel.

Pohorence was seen pushing a protester who was on her knees in a video of the incident. Officer Krystal Smith, a black officer, then confronted Pohorence, CNN reported.

“I thought it was offensive,” Mayor Dean Trantalis said following the incident, according to ABC-affiliate WPLG-TV. “It should never have happened.