The haul, announced in a tweet from Dillon, exceeds the donations raised by President Donald Trump, who, according to Trump campaign manager Brad Parscale, reportedly raised $131 million.

June is the second month in a row that Democrats have out-raised Republicans, according to The New York Times. The report added that both campaigns saw massive spikes in funding from the previous month, when Biden and Trump raised $80.8 million and $74 million, respectively.

We’re still crunching the numbers, but here’s what we know:

HUGE fundraising for @realDonaldTrump in June!

Americans voting with their wallets, supporting the President.https://t.co/l4xr9yhtEK

Biden’s recent totals are an abrupt reversal from earlier in the primary season, when his campaign struggled to raise money and build grassroots support, according to an Open Secrets report.

Dillon noted that 68% of donors were new, and that 2.6 million people had newly subscribed to Biden’s email list.

Though out-raised in June, Parscale announced in his tweet that the Trump campaign had $295 million on hand. Dillon did not disclose the Biden campaign’s cash-on-hand total.

The fundraising totals come as the 2020 election heads into its third fundraising quarter, the last full quarter before the November election. 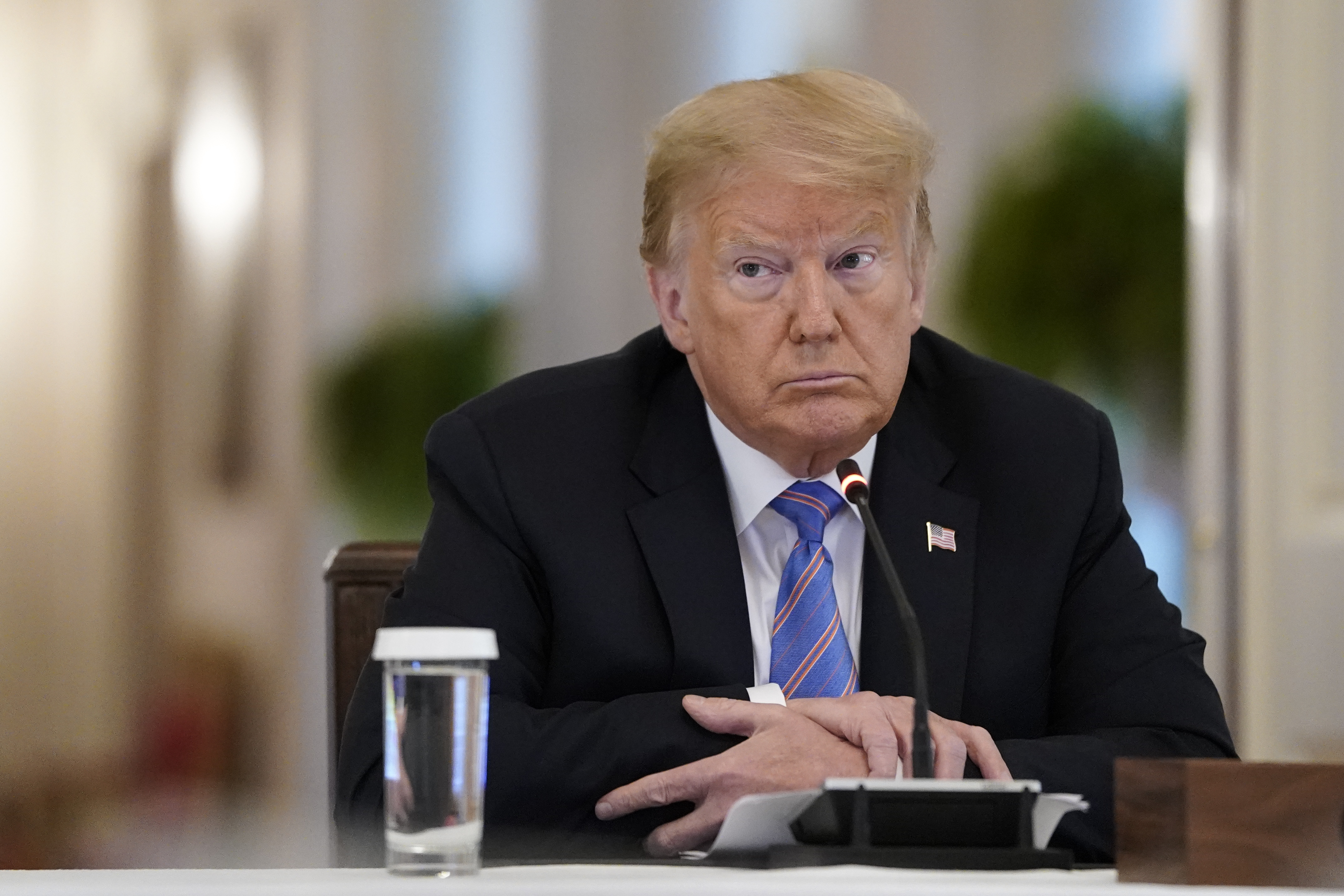 President Donald Trump participates in a meeting of the American Workforce Policy Advisory Board in the East Room of the White House on June 26, 2020 in Washington, DC. Earlier in the day President Trump canceled his scheduled weekend trip to his private golf club in Bedminster, New Jersey which the state now has a mandatory 14-day quarantine for travelers coming from states with coronavirus spikes. (Drew Angerer/Getty Images)

The donation totals for both campaigns come as a surprise given the worsening coronavirus pandemic and continuing nationwide protests over the death of George Floyd. Additionally, the economic recession has left unemployment over 11% as of Thursday, according to the Bureau of Labor Statistics.

Trump’s campaign previously announced that he raised $14 million on his birthday, June 14, the campaign’s single-day record for online fundraising, according to The Hill.