NBA star Spencer Dinwiddie shared the message he would put on the back of his jersey instead of his last name.

Instead of a message about social justice, the Brooklyn Nets point guard shared his message Sunday night regarding economics.

If you’re wondering what I’m gonna put on the back of my jersey it’ll be “Trillion”.

“If you’re wondering what I’m gonna put on the back of my jersey it’ll be ‘Trillion,'” Dinwiddie tweeted.

“A lot of issues at the moment,” he continued. “I think the fact that the country is 26 (ironically) Trillion dollars in debt is high on the list.”

The move comes after reports surfaced claiming the players would be able to replace their last names with a message promoting social justice. Think, “Black Lives Matter” or “Hands Up, Don’t Shoot.”

The NBA player claimed he received backlash for not choosing a message related to social justice. (RELATED: REPORT: NBA Players Will Be Able To Put Social Justice Messages On Their Jerseys)

“Woke up at 4am to see that I’m getting lit up in the comments for talking about the Global Debt,” Dinwiddie later added. “Comments ranging from massive amounts of debt are good (which I disagree with), to its not personal debt (obviously), to its a waste of a platform, amongst others.”

“To those I question, what is the purpose of putting a social issue on the back of the jersey?” he said. “To inspire change right? Considering that nobody opts out of the complete global financial system and the USA weaponized the dollar that means you need leverage within the system.” 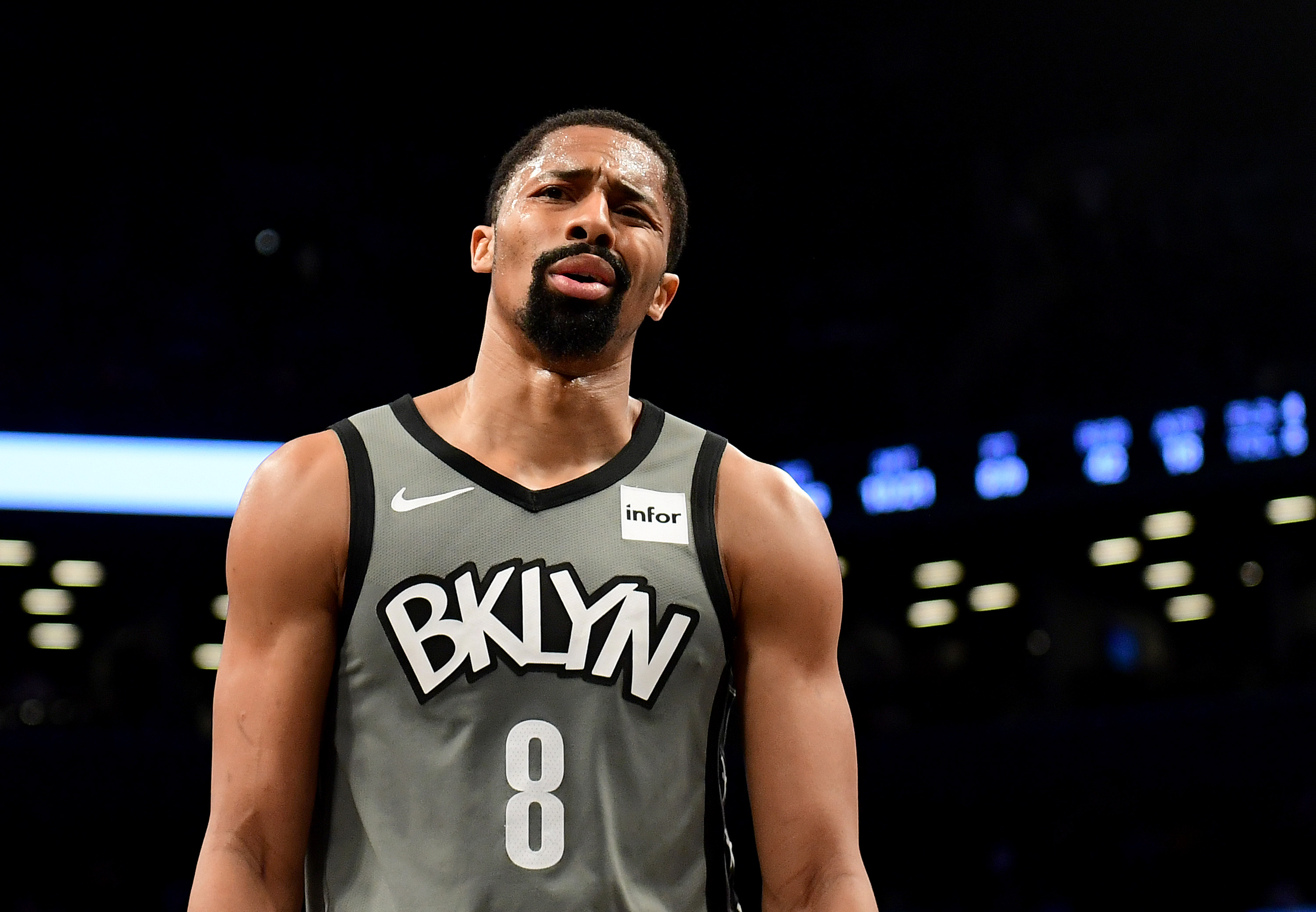 NEW YORK, NEW YORK – NOVEMBER 18: Spencer Dinwiddie #8 of the Brooklyn Nets reacts during the first half against the Indiana Pacers at Barclays Center on November 18, 2019 in the Brooklyn borough of New York City. NOTE TO USER: User expressly acknowledges and agrees that, by downloading and or using this Photograph, user is consenting to the terms and conditions of the Getty Images License Agreement. (Photo by Emilee Chinn/Getty Images)

“In my opinion like it or not, change for us comes down to Group economics,” Dinwiddie said. “Rethinking how we approach finances. Acquiring hard assets. Recycling dollars etc. Til then the slow burn of marches/protests will produce progress but will still yield similar results. (Lynchings in 2020).”