Treasury Secretary Steve Mnuchin told reporters Thursday that the phase 4 coronavirus stimulus package could include additional funds for schools and universities so that they can reopen in the fall while still following proper social distancing guidelines. 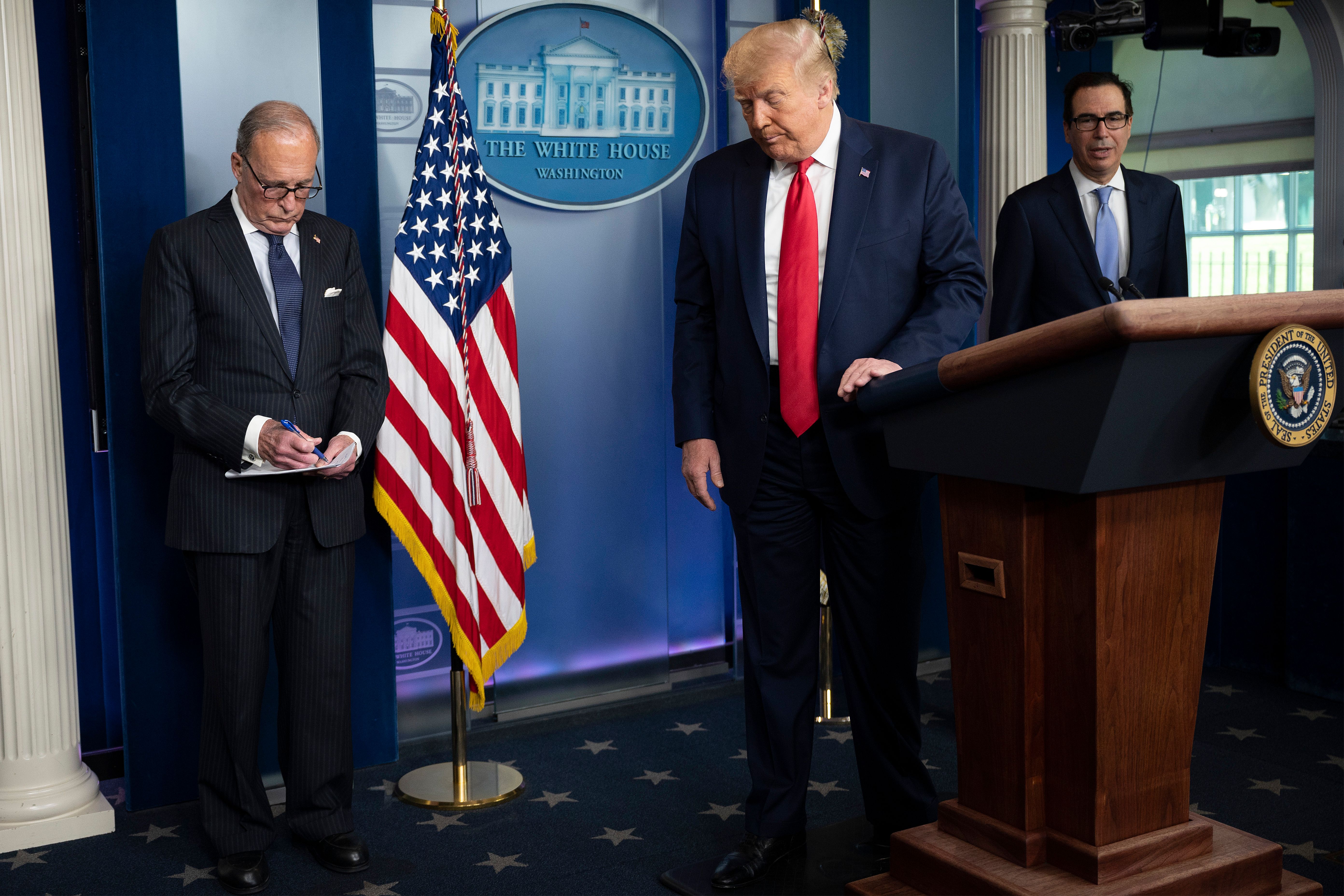 US President Donald Trump, with Director of the National Economic Council Larry Kudlow (L) and US Secretary of the Treasury Steven Mnuchin, leaves after speaking to the press in the Brady Briefing Room of the White House in Washington, DC, on July 2, 2020. (Photo by JIM WATSON/AFP via Getty Images)

“We’re working with schools and universities,” Mnuchin stated Thursday. “I think in most cases, schools will be able to open safely. Some schools will need to spend money. One of the things we’ll look at in CARES 4 is if we need to give money to schools to properly equip their areas.” (RELATED: Trump Says He Would Wear A Mask In Certain Scenarios)

“We want to make sure that kids are safe, and if there is money that schools need to spend to safely have people in classrooms, social distance, spread things out, change hours, these are all the things we are looking at,” he added.

When asked about the total size of another potential stimulus, Mnuchin stated he thinks “it’s too early to tell, and that’s the reason we are waiting.”

“We spent an unprecedented amount of money. We have authorization of $3 trillion, that’s an extraordinary amount of money. A lot of that money is not in the economy yet,” he continued. “Before we go back to Congress, and I am already having conversations with Democrats and Republicans to get ideas, we want to see the economic numbers.”

Senior administration officials familiar with the negotiations told the Daily Caller on Thursday that funding for schools could be leveraged for a back-to-work bonus, which President Donald Trump and National Economic Council Director Larry Kudlow have both publicly supported in another stimulus round. One administration official estimated a White House-backed phase 4 bill would come in short of $1 trillion, but noted that talks about any bill are very preliminary and could change based on new economic data.

Mnuchin’s comments Thursday came at a press briefing dedicated to the jobs report released by the Department of Labor earlier that morning, which showed nearly 5 million jobs added in June. Trump opened the briefing with brief comments on the report before leaving without taking questions.