Barcelona mayor Ada Colau said Thursday that she doesn’t support removing the city’s Christopher Columbus statue, but does want a discussion about the history behind it, the Associated Press reported.

“We are not going to rewrite history, but we have to explain history in its entirety because history was usually told by the winners and has avoided telling about the bloodshed, the exploitation and the slavery also associated with that age,” Colau told the Associated Press.

Her comments come after activists have called to tear down statues to the Confederacy and other historical figures. Nationwide protests over the death of George Floyd, a Black man who died in Minneapolis Police custody after an officer kneeled on his neck, sparked the conversations. (RELATED: Richmond Mayor Uses Emergency Powers To Immediately Remove Confederate Statues) 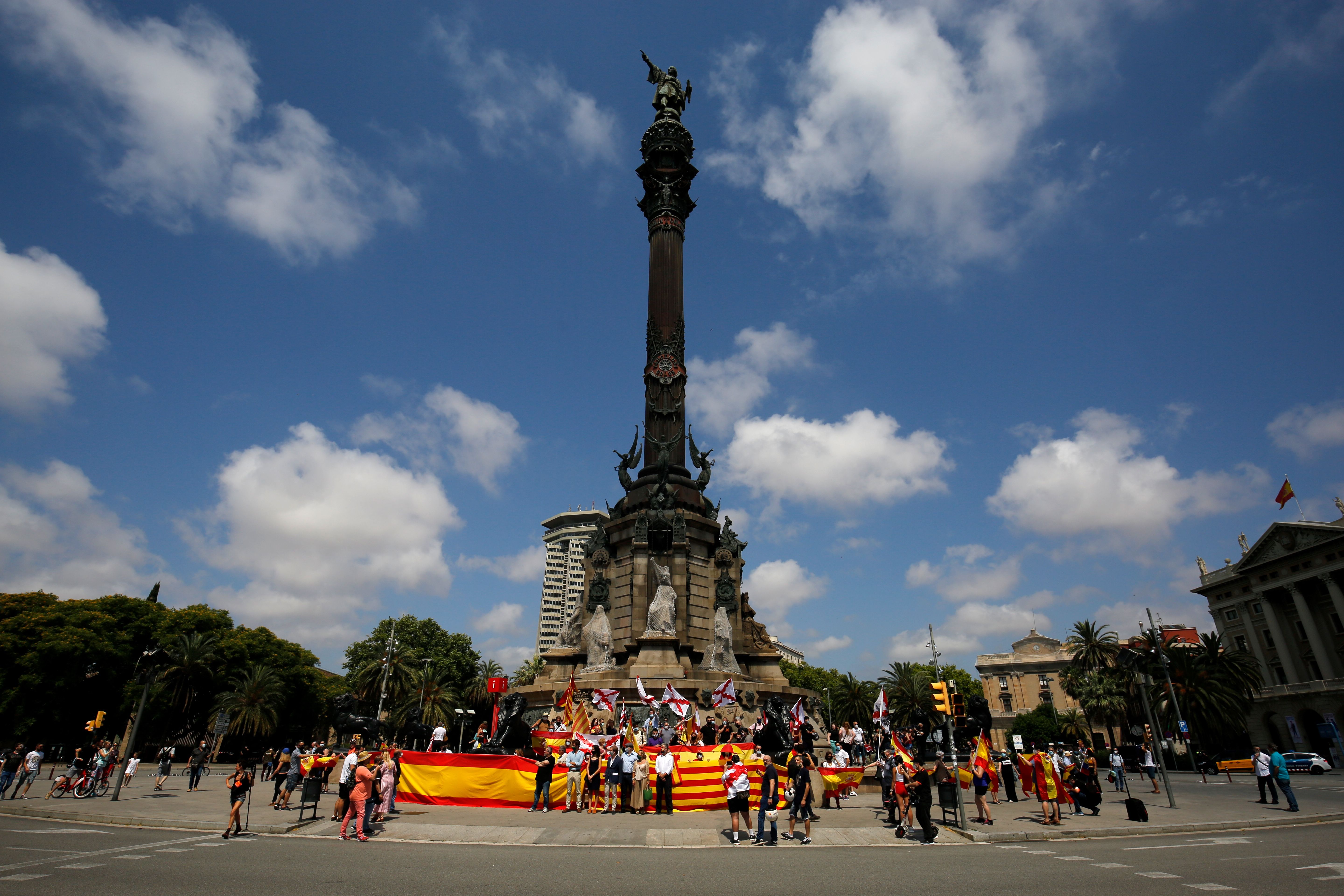 Protesters hold Spanish and Catalan Senyera flags along with Cross of Burgundy flags during a demonstration organised by Spain’s far-right Vox party to preserve a statue of Christopher Columbus in Barcelona on June 27, 2020 as statues of slave traders and colonial figures tumble worldwide in a wave of anger against racism. (Photo by Pau Barrena/AFP via Getty Images)

“Was Columbus a slave trader? No, but he does represent the colonial era,” Colau said. “There is an open debate and we think that is positive and necessary.”

“We are consulting the experts and listening to voices from citizen organizations to see how we can explain this monument,” she added.

Protesters have torn down and defaced statues of Columbus and other historical figures in recent weeks. In Richmond, a Columbus statue was torn down and thrown into a lake, and another was found decapitated in Boston. Colau’s government removed a monument of Antonio López, a wealthy slave trader, in 2018, but the Columbus statue in Las Ramblas is still standing, the Associated Press reported.

The mayor said that she supports renovations to the statue. Some native people are depicted on the monument in a way that could be seen as offensive, Colau said, and she would support removing those figures. She also wants to put up plaques that discuss the history behind Columbus and colonialism.

“That was an age when there were positive things, but there was also exploitation of people who were living happily, and there were authentic massacres of indigenous peoples, and if you believe in human rights and democracy that is not defensible,” the mayor said according to the report.

Some Black Lives Matter protests have taken place in Spain recently, drawing crowds of thousands of people. Spaniards of African origin and African migrants organized some of the protests to raise awareness of discrimination and economic hardship that they suffer.

However, many Spaniards are confused by calls from Americans to pull down Confederate statues, the Associated Press reported.