A precision lever-action rifle? You’d better believe it. The Henry Long Ranger in 6.5 Creedmoor is proof.

How The Long Ranger Proves A Perfect Platform To Launch The 6.5 Creedmoor:

The 6.5 Creedmoor, the world’s most popular rifle cartridge choice, doesn’t need any help making new friends. Regardless, Henry Repeating Arms, a company that prides itself on its all-American firearms’ “DNA,” did just that when it introduced the low-recoiling, flat-shooting, .264-caliber cartridge to one of America’s final firearms frontier void of the Creedmoor hype. It was a good idea.

Henry’s firearms platform-of-choice for this introduction, the Long Ranger, made perfect sense to me. The Long Ranger is the red-headed stepchild of the lever-action rifle world, because it feeds its action cartridges from a box magazine instead of a tube. 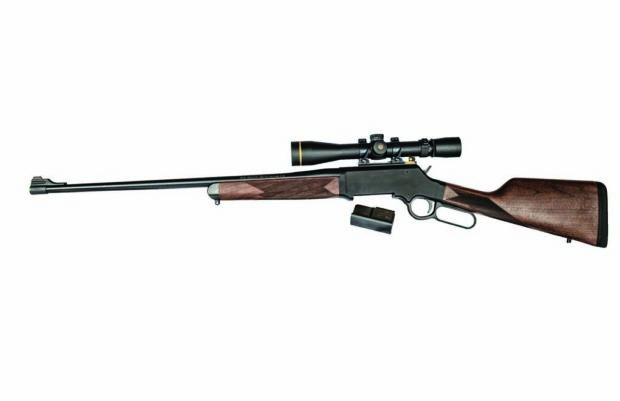 The Long Ranger is fed via box magazine rather than the conventional tube mag.

“The notion that we ‘ruined’ this cartridge by putting it into a lever-action platform is, of course, ill-conceived,” said Henry Repeating Arms’ Daniel Clayton-Luce. “Our Long Ranger rifle uses a six-lug rotary locking head at the bolt face, so it locks up just like a bolt-action. This, in conjunction with a free-floated sporter barrel and a gear-driven bolt, means that we’re taking full advantage of the cartridge. We didn’t cut corners here just to add a hot, new caliber to our lineup. We knew we wanted to add 6.5 Creedmoor to our lineup, but we also wanted to make sure we did it correctly.”

The Henry Long Ranger lever-action rifle isn’t new for 2019; Henry has been making them for quite a while. What’s new—but not a shock to anyone who pays attention to rifle cartridge sales charts—is adding the 6.5 Creedmoor for 2019.

“As with almost everything that we build, it’s because our customers requested something that could reach out a bit farther than the .30-30 and .45-70 that we carried before the release of the Long Ranger rifle,” said Clayton-Luce. “Obviously, those are two great, capable cartridges, but they fall short beyond 200 yards. For those looking to hunt with a Henry in areas that require shots past that distance, the Long Ranger is a great choice. With the release of this platform, we took the max effective range of our product line from 200 yards to beyond 500 yards. It’s a huge step up in performance.”

The rifle operates, as I’ve stated, with a removable box magazine that feeds the lever-operated, six-lugged rotary bolt for a consistent, tight and reliable lockup like a bolt-action rifle. The 6.5 Creedmoor version of the Long Ranger sports a 22-inch, 1:8-twist rifle barrel; and, believe it or not, when the trigger is pulled and the firing pin engages the primer on the 6.5 Creedmoor cartridge, it sends a ballistically high-coefficient, pointed, and maybe even boat-tailed, bullet down the barrel that neither knows nor cares that a follow-up shot will come from a lever-action and not a bolt-action. I know the Wyoming pronghorn I shot at 187 yards didn’t care; nor did the sub-MOA 100-yard groups I shot with both Hornady and Federal factory ammunition. My chronograph didn’t care either. In fact, there’s no asterisk in the Magneto Speed manual for adjusting velocities because of the gun’s action. The speeds I got were what they ought to be for a 22-inch-barreled rifle.

Let’s take a closer look at the Henry Long Ranger chambered in 6.5 Creedmoor from Henry Repeating Arms. The rifle is built in Wisconsin (save the cheese jokes. This rifle shoots).

The lever-action rifle features side cartridge ejection, which makes it easier to mount an optic. It has a lightweight, aerospace alloy receiver, is drilled and tapped for scope mounts and, as I mentioned earlier, uses a steel-bodied, flush-fit detachable magazine. My review rifle came without iron sights, but you can order your rifle with them installed. 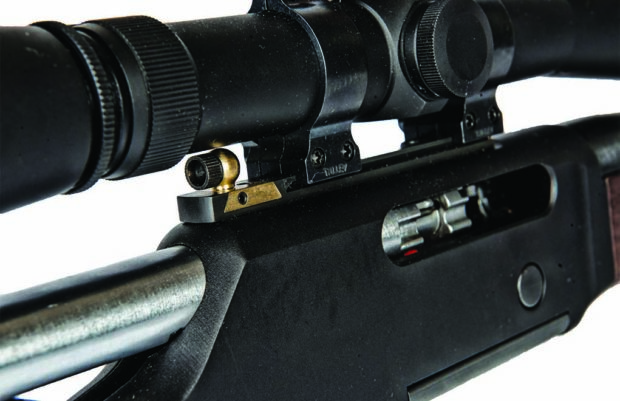 The 6.5 CM levergun uses a six-lug rotary bolt to chamber the magazine-fed cartridge.

My rifle’s sights were a little different than OEM, however. I had the luxury of having my Henry Long Ranger sent to Andy Larsson, owner of Skinner Sights. He customized the rifle with a Ruger No.1 front sight and his Skinner EXPRESS quick-detachable sight with integral rear peep. Built to use South Carolina-manufactured Talley’s Quick Detachable Rings, Montana-made Skinner Sights’ optics mounting system allowed me to mount an Oregon-made Leupold VX3i 4.5-14x40mm rifle scope and still have quite usable mechanical sights at the ready for a scheduled Wyoming pronghorn hunt with the rifle.

The Larsson customization didn’t end with sights, however. Andy’s wife, Sheila, officially named the rifle “Vic Moretti,” after the fiery woman deputy in the popular Western book and television series, Longmire. Sheila’s logic was that the rifle’s first hunt was in Gillette, which isn’t far from Buffalo, Wyoming, where Longmire is (fictionally) based. The rifle featured a free-floated, 22-inch barrel sandwiched between a two-piece, oil-finished American walnut stock with laser-cut checkering, sling swivel studs and a black solid-rubber recoil pad.

Boy, Does This Rifle Shoot!

How did the rifle perform? I tested it in two places: Manassas (Virginia) and Gillette (Wyoming). In Virginia, the rifle grouped a bit just south of 1-inch groups to just north of 1.5-inch groups at the rifle range. Factory ammunition included Nosler, Hornady, Barnes, Federal and Black Hills.

Which ammunition shot best? It was the Hornady Precision Hunter 143-grain ELD-X loads, which averaged 2,693 fps and a best three-shot group of .880 inch. Right behind the Hornady 143-grain ELD-X loads were the steadfast Federal Fusion 140-grainers, which scooted a bit faster (2,711 fps), but grouped a pronghorn hair wider at .988 inch. The Barnes 127-grainers, Nosler 140-grainers and Black Hills 140-grainers all grouped over an inch. Of note is that the Barnes loads improved dramatically the more I shot the gun. After about 200 rounds into the use of the rifle, the Barnes 127-grain groups dropped from nearly 2 inches to just about 1.25 inches.

The Gillette, Wyoming, test was a bit simpler. I tested the rifle once on a mature pronghorn buck at 187 yards, and the rifle grouped the Hornady 143-grain ELD-X bullet “minute-of-lungs.” Now, 187 yards on a pronghorn isn’t exactly a valid “long-range” test of the Long Ranger or the 6.5 Creedmoor, but that’s not the point.

Regardless; you can decide for yourself which of these two tests makes a difference to you … but I’d grade both as “passed.” 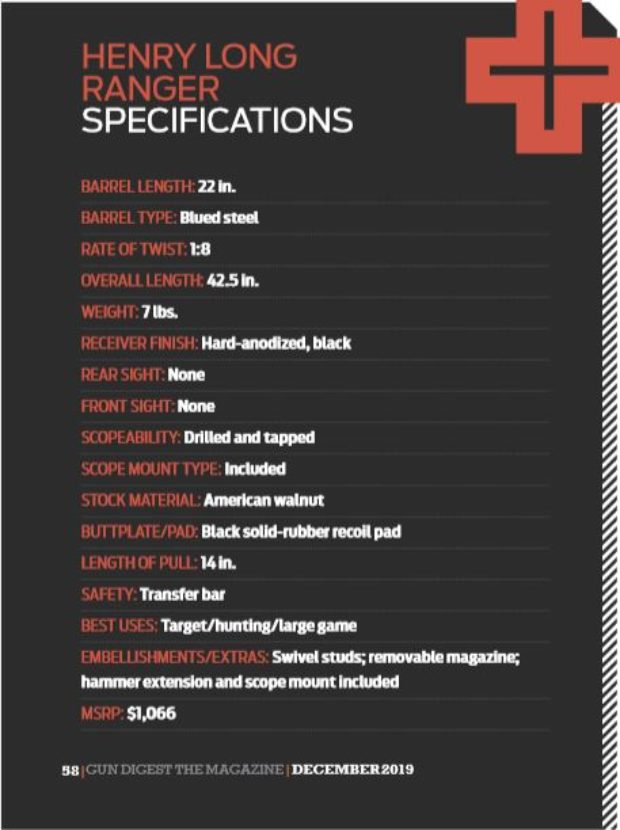 The article originally appeared in the December 2019 issue of Gun Digest the Magazine.