“We know deaths lag at least two weeks and can lag even more,” Adams said on “Fox & Friends” before mentioning that most of the country’s deaths originated in nursing homes. It ultimately doesn’t matter when the country officially reopens, he added, “if people don’t follow the measures that we recommend all along.”

He added: “Now the majority of cases are in people who have an average age of 35, and so those folks are gonna have less comorbidities.” (RELATED: Nearly Half Of All COVID-Related Deaths In The US Are Directly Tied To Nursing Homes: Report)

Adams urged young people to wear face masks and keep a distance between themselves and others over the Independence Day weekend.

“What we’re really worried about  — particularly with young people  — is that they get it and then they spread it to their grandmother, to their grandfather,” he said.

His advice stands in contrast to what he said in February before officials began instituting strict lockdowns to slow the coronavirus spread.

“They are NOT effective in preventing general public from catching #Coronavirus, but if healthcare providers can’t get them to care for sick patients, it puts them and our communities at risk!” Adams told his Twitter followers in a Feb. 29 tweet regarding face masks. The best preventing measure is hand washing, he added. 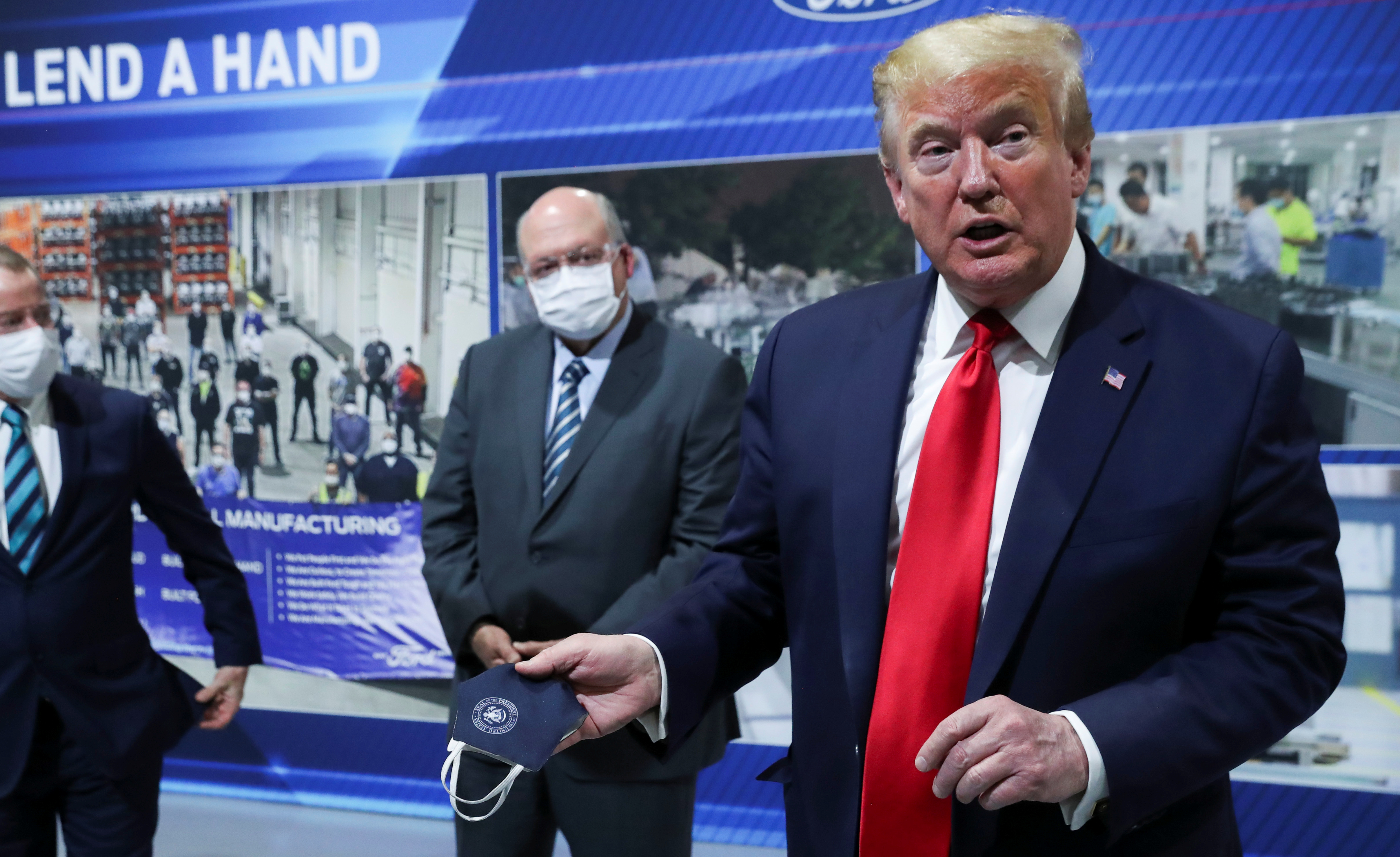 A New York Times report published in late June showed that coronavirus, or COVID-19, has infected more than 282,000 people at 12,000 nursing homes since March, constituting roughly 43% of all COVID-19-related deaths. Nursing homes represent 11% of all COVID-19 cases yet account for nearly half of all deaths, data show.

The virus has reportedly resulted in the deaths of nearly 129,000 people in the United States.

Democrats and members of the media often criticize President Donald Trump for not wearing a mask while in public. For instance, Democratic Michigan Attorney General Dana Nessel told CNN that she is asking the president “not to return” to her state after Trump was seen in May without a mask while visiting a Ford plant in her state.

Trump has since warmed to the idea of mask wearing, telling Fox Business Wednesday that he’s worn a face covering in the past.

“People have seen me wearing one,” he said, before adding that they “get tested before they see me.”