Shankar Kurhade, an Indian businessman, has created a facemask made of pure gold.

Kurhade, 49, said he got the idea for the mask after he saw a clip of a man wearing a silver face mask, per The Indian Express. The facemask is worth almost $4,000, according to the New York Post. (RELATED: French Bus Driver Reportedly Left Brain-Dead After Being Attacked By Customers Refusing To Wear Masks) 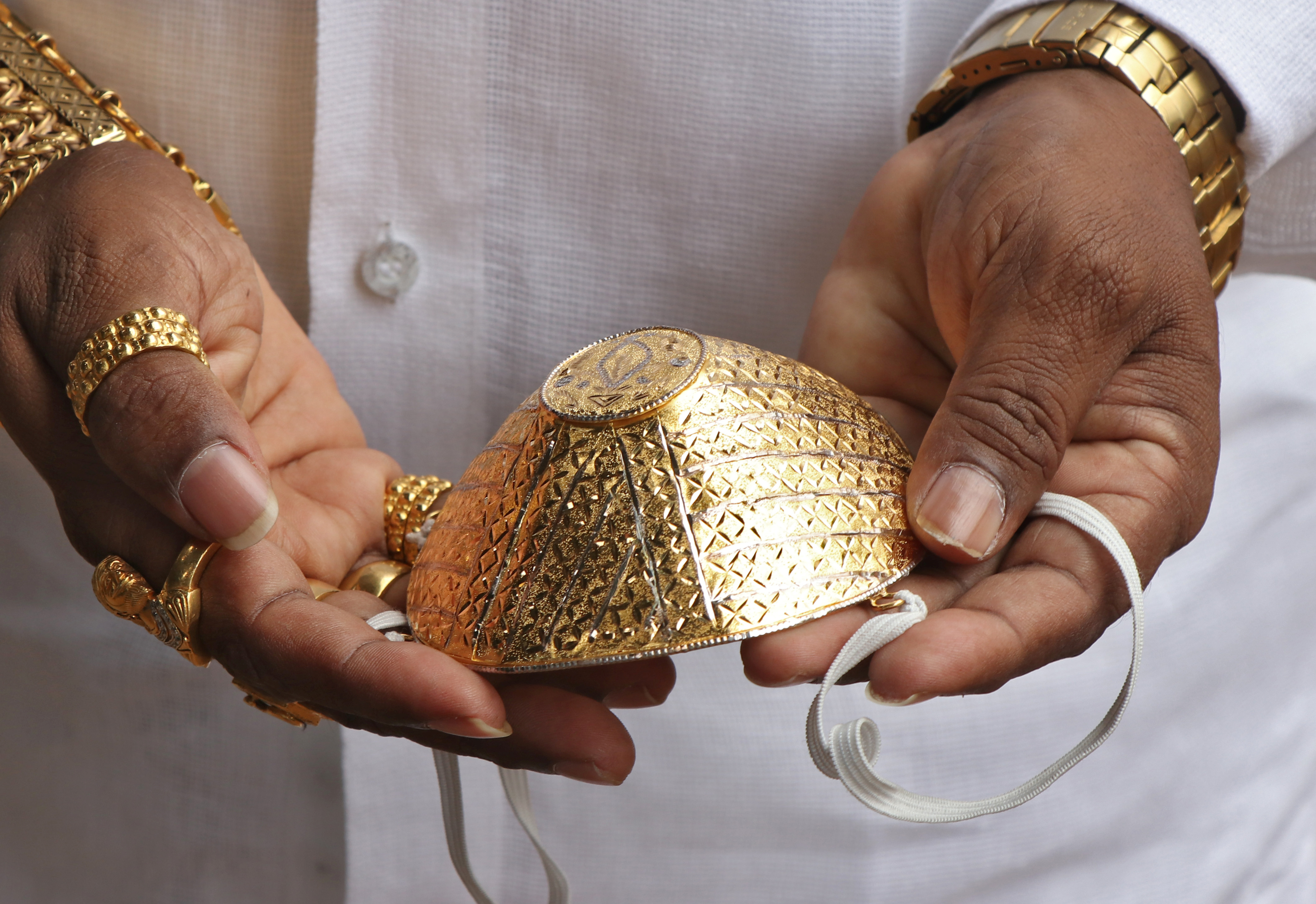 Shankar Kurhade, shows his face mask made out of gold as he poses for a photograph amidst the spread of the coronavirus disease (COVID-19) in Pune, India, July 4, 2020. REUTERS/Stringer

“I didn’t do it for publicity. I’m fond of gold,” Kurhade said to The Indian Express, “It is not the gold or cloth mask, but social distancing and hand washing that will protect human beings from coronavirus.” The mask reportedly weighs two ounces and has holes that allow him to breathe while wearing it.

“People are asking me for selfies,” Kurhade said, reportedly to Agence France-Presse. “They are awestruck when they see me wearing the gold mask in markets.” Kurhade also reportedly said that he was unsure if the mask would actually protect him from the coronavirus, but he will be “taking other precautions.”

India reportedly made face masks mandatory as a way to fight the coronavirus. Cases in India have nearly reached 700,000 as of Monday with nearly 20,000 people dying from the virus, according to John Hopkins University.

Coronavirus cases are nearing 12 million worldwide as numbers in the United States, Brazil, India and other countries continue to rise.