That America’s culture and politics are divided in 2020 is likely not news to anyone reading this review. But despite the chasm in our political landscape, there are luminaries bridging the gap by re-examining the way in which our political ideas are expressed and then diffused into the public sphere. As American culture and our media divides further along partisan lines, figures like Dave Rubin, author of “Don’t Burn This Book,” reveal a new modality that does not have to play by the same rules as our corporate media institutions.

The so-called “intellectual dark web” is a group of individuals who are fed up and refuse to allow corporate media to dictate the rules of their discourse any longer. These individuals share a disdain for identity politics and political correctness. While cable news commentators continue to spew the same tired talking points, they use new media platforms like YouTube and podcasts. This new medium replaces two-and-a-half-minute panel discussions with three-hour conversations. It ditches carefully tailored corporate narratives in favor of honest and often unpredictable attempts to make sense of the modern world. 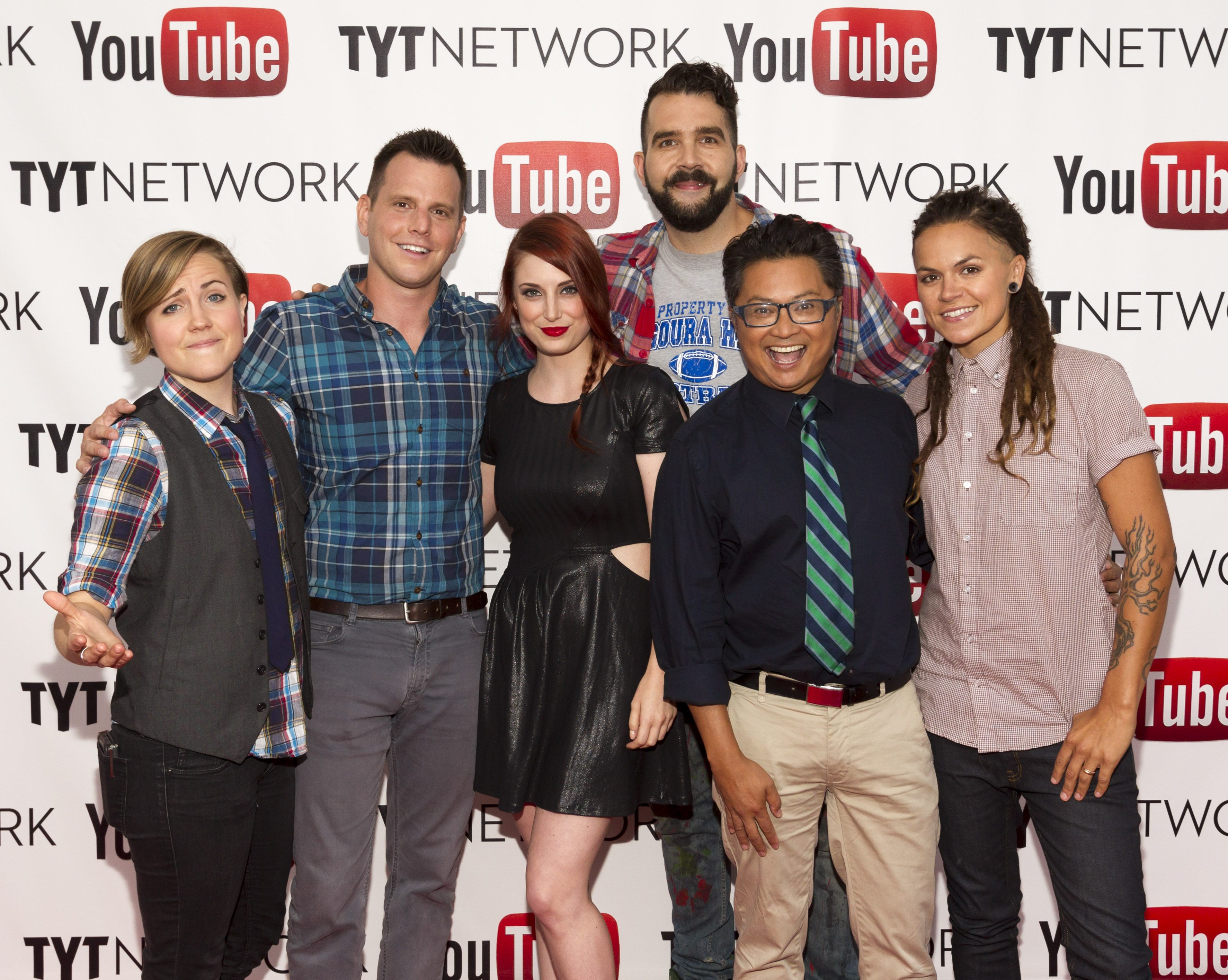 If there is one book that articulates the spirit and ideology of the so-called “intellectual dark web,” it is Dave Rubin‘s new book titled “Don’t Burn This Book.” In the book, Rubin recounts his time at “The Young Turks” (TYT) network, where Rubin was part of the first wave of social commentators to gain significant viewership entirely online. But just because the content appeared online does not mean that it was free from the constraints of political correctness and identity politics that dominate our media environment.

Rubin recounts a fight between TYT founder Cenk Uygur and black American TV Host David Webb. “Because I knew Webb firsthand, alarm bells began ringing in my head. Here was a good man being lambasted as a fraud by ‘tolerant’ progressives,” Rubin said.

This anecdote demonstrates the lines now being drawn in our media landscape. There are those who kowtow to the political correctness and talking points of their corporate overlords and there are those who refuse to do so at the risk of being “canceled” by the “woke” mob.

Despite the fact that TYT was a “new media” digital outlet touting cutting-edge programming and progressive ideology, Rubin was able to see through their virtue-signaling veneer. In this instance, Webb was being attacked on the basis of being both black and conservative. “This is one of the clearest examples of the totalitarian, rigid nature of progressivism I had ever witnessed firsthand.”

This stark difference between the new progressive ideology and the underpinning liberal values of free speech and individualism illuminates how the modern left has diverged from its purported liberal foundations. Rubin articulates this clearly in the book by identifying the definition of what he calls a “classical liberal” as compared to the modern-day, 2020 version of a “liberal.”

Rubin’s well-articulated distinction between “classical liberal” and “progressive” helps elucidate exactly how far the modern left has strayed from its Enlightenment values. By making this point in plain terms, Rubin gets to the heart of the tectonic shift taking place in our politics and culture today. 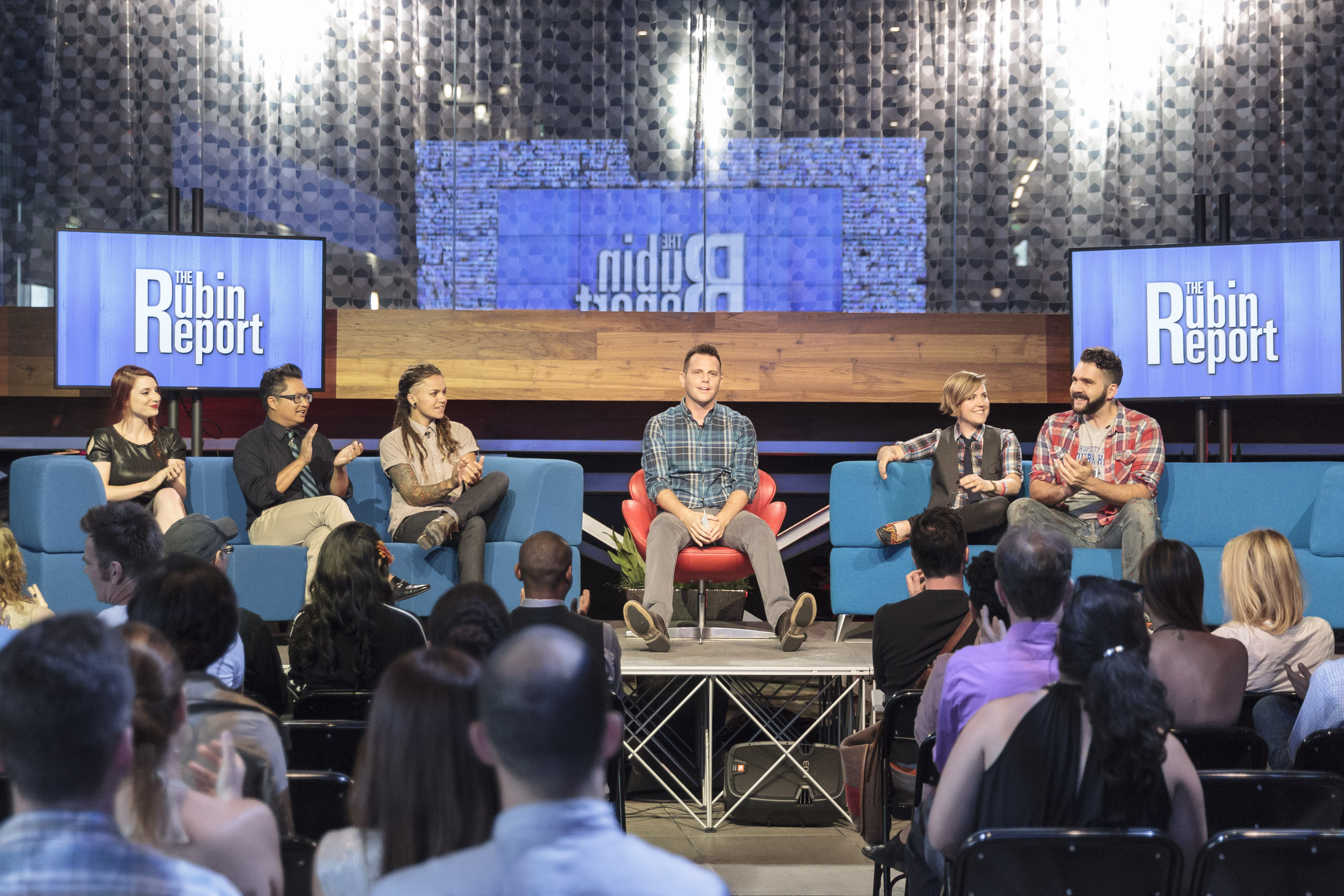 Rubin’s transitions from The Young Turks to a brief stint with legacy media followed by the creation of his own show on YouTube called “Rubin Report” perfectly positions Rubin to identify this change, as well as its root causes. The definition of “classical liberal” Rubin lays out seems to have more in common with a present day Trump-supporting conservative than with what we might refer to as a “moderate democrat” in today’s terms (e.g., Joe Biden). Rubin is able to identify and articulate the ways in which the left has cast the average American aside in favor of an increasingly rigid form of progressivism, to which Rubin refers as a politics favoring the woke collective over the individual.

In the wake of the nationwide riots and subsequent calls to “defund the police” from the progressive left, Rubin‘s message resonates now perhaps more than a few months ago, when the book was published. Since the onset of the global pandemic and civil unrest, our media landscape has only become more intent on controlling the way Americans understand events as they unfold.

As a self-identified “free speech absolutist,” Rubin takes time in the book to lay out why censorship and groupthink is a slippery slope, especially in this day and age. Perhaps we will have to have him back on the show to ask him what he thinks of it all. (RELATED: Dave Rubin Gives A Libertarian Perspective On Trump Impeachment Effort)

Rubin‘s transformation from Young Turks-era social justice warrior to self-proclaimed warrior of the “intellectual dark web” lays out the blueprint for the political and intellectual transformation that millions of Americans are undergoing today. Regardless of where you fall on the political spectrum, one thing is clear: Americans are fed up with the way that our media and governments are run.

Without authors like Rubin, there would be no one to synthesize these sentiments into a coherent ideology. As the term “liberal” and “conservative” are being redefined before our eyes, works like “Don’t Burn This Book” become essential, works which make a genuine and wholehearted effort to re-examine the terms of American politics through the lens of Trump’s America in 2020.

WATCH: Exclusive Interview With Dave Rubin On Why He Is An Atheist

WATCH: Dave Rubin Is On A Crusade With Big Tech

Get The Book Here