The base’s police received reports of an active shooter at around 6:30 a.m. Tuesday morning and “cordoned off” the area. They found the Marine on a remote hillside at the facility, which is located in the Mojave Desert about 150 miles east of Los Angeles, military officials said according to ABC News.

#BREAKING: The shelter in place order for the installation has been lifted. An individual sustained a self-inflicted gunshot wound at approximately 8:30 a.m. (1/2)

The Marine shot himself while military police were communicating with the Marine at around 8:30 a.m. No other shots were fired and no one else was injured. The Marine was hospitalized at a nearby medical facility. (RELATED: Reported Active Shooter ‘Cordoned Off’ At Marine Corps Facility In California)

“Military police surrounded the gunman and saw that it appears the gunshot was self-inflicted,” said Capt. Nicole Plymale, a base spokesperson, according to The Sun. Plymale did not confirm whether the injuries are life-threatening.

A shelter-in-place order put into effect earlier that morning was lifted. 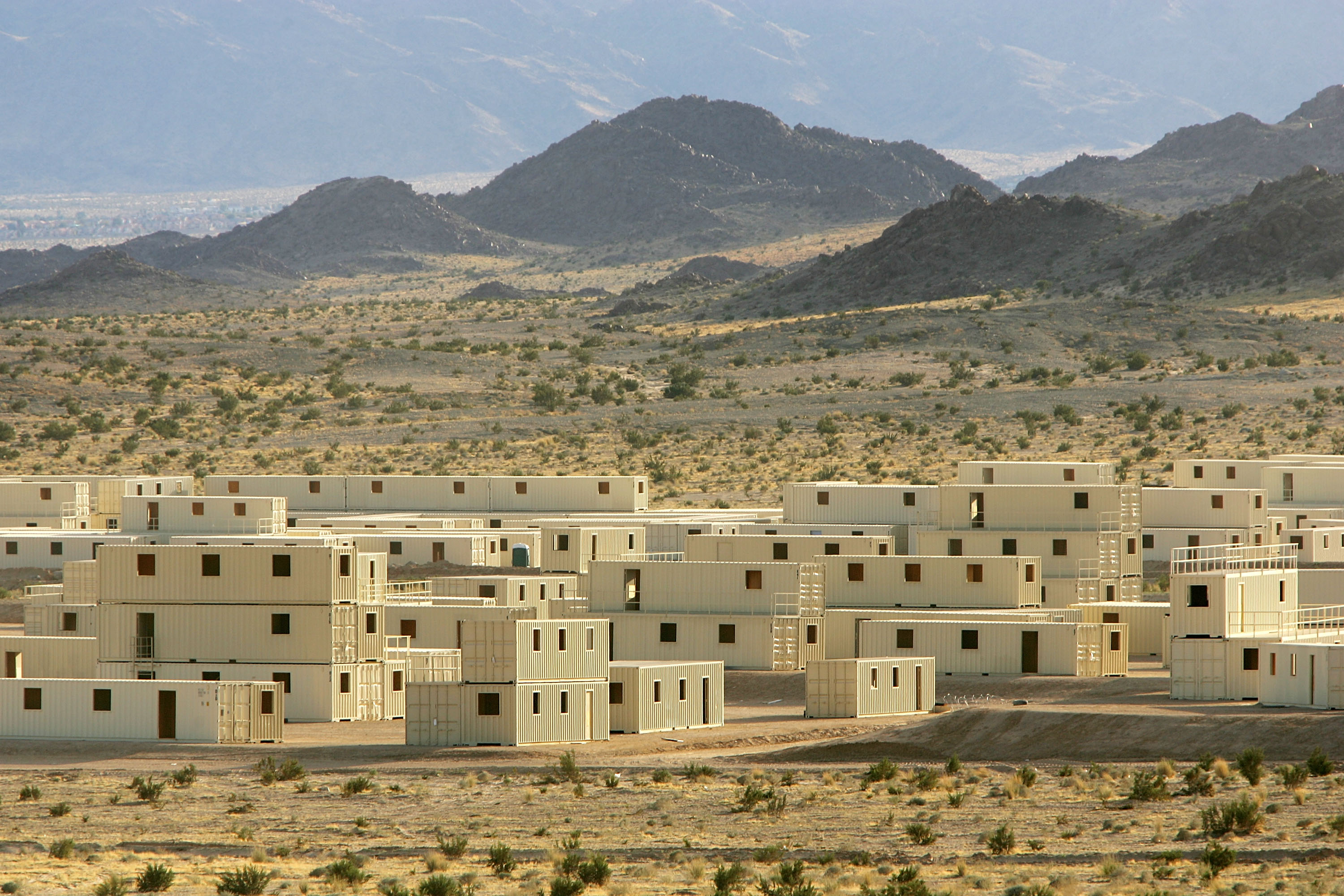 TWENTYNINE PALMS, CA – NOVEMBER 14: Range 200 simulated Iraqi village, where US marines of the First Expeditionary Force (1MEF) are training at the Twentynine Palms Marine Base, is seen on November 14, 2005 near Twentynine Palms, California. (Photo by David McNew/Getty Images)

The facility is the largest Marine Corps base in the world and is designed to provide realistic training for most West Coast units before they leave on deployments, with roughly 8,500 people on the base.