White House Press Secretary Kayleigh McEnany’s reference to the Armenian Genocide Memorial during a Monday press conference angered the Turkish Embassy, which has denied the genocide of 1915, Business Insider reported.

“There seems to be a lack of understanding and historical knowledge when the Armenian Genocide Memorial, remembering victims of all crimes against humanity, including slavery, is vandalized,” McEnany said, referencing the memorial in Denver as a site that was recently vandalized, angering the Turkish Embassy according to Business Insider.

During today’s the @WhiteHouse Press Conference, while explaining the need for better historical understanding given that historical monuments are being vandalized across the US, Press Secretary @PressSec, invoked the desecration of the Armenian Genocide memorial in Denver, CO. pic.twitter.com/Ob7Ir1C3tb

The Embassy said that they “believe that the statement by the Press Secretary was an unfortunate slip of the tongue,” and that “in any case, these expressions cannot be accepted.”

The U.S. has not formally recognized the Armenian Genocide, which began in 1915 and resulted in the deaths of 1.5 million Armenians at the hands of the Young Turks. The Armenian Genocide Remembrance Day, which is observed on April 24 annually, is referred to as “Armenian Remembrance Day”, with the word “genocide” omitted so as to not create friction with NATO ally Turkey. 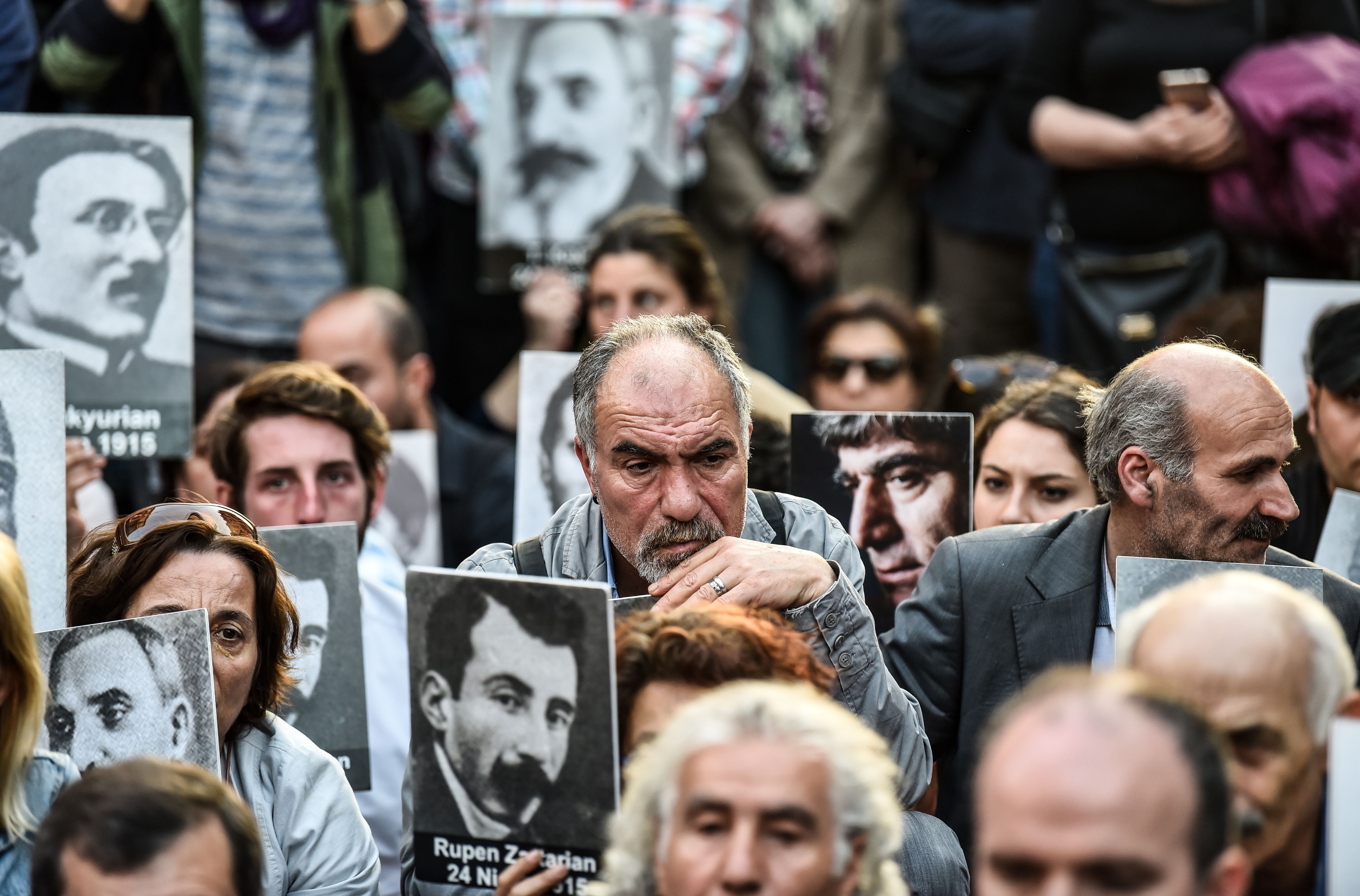 People hold portraits of Armenian intellectuals – who were detained and deported in 1915 – during a rally on Istiklal Avenue in Istanbul on April 24, 2018, held to commemorate the 103nd anniversary of the 1915 mass killing of Armenians in the Ottoman Empire. (BULENT KILIC/AFP via Getty Images)

The Turkish government denies the genocide, although there is wide consensus among historians that the events of 1915 constituted genocide. (RELATED: Trump Administration Rejects Bipartisan Recognition Of Armenian Genocide)

McEnany’s comments could create tension between the U.S. and the Turkish government, per the Business Insider, which has long enforced a gag-rule against American remembrance of the genocide and which came under pressure after the House and Senate approved a resolution in 2019 recognizing the Armenian Genocide.