A direct descendent of Thomas Jefferson said Monday that the Jefferson Memorial in Washington, D.C., should be taken down and replaced with a statue of Harriet Tubman.

Lucian K. Truscott IV said in an op-ed for the New York Times that although the Jefferson Memorial is described by the National Park Service as a “shrine to freedom,” it is “anything but.”

“The memorial is a shrine to a man who during his lifetime owned more than 600 slaves and had at least six children with one of them, Sally Hemings,” Truscott wrote. “It’s a shrine to a man who famously wrote that ‘all men are created equal’ in the Declaration of Independence that founded this nation — and yet never did much to make those words come true.”

“Upon his death, he did not free the people he enslaved, other than those in the Hemings family, some of whom were his own children,” he continued. “He sold everyone else to pay off his debts.” (RELATED: Biden Supports Removing Confederate Statues, Wants To Keep Washington And Jefferson)

Activists have called for the removal of statues to historical figures during protests in recent weeks. A Thomas Jefferson statue in Portland, Oregon, was torn down during a June 14 protest.

Monticello, the primary plantation of Thomas Jefferson, is “almost perfect” as a memorial, Truscott argued. He would visit the old plantation with his brother when they went to see their great-aunts and great-grandmother growing up, he said, but he doesn’t remember visiting the Jefferson Memorial even when it was close by.” 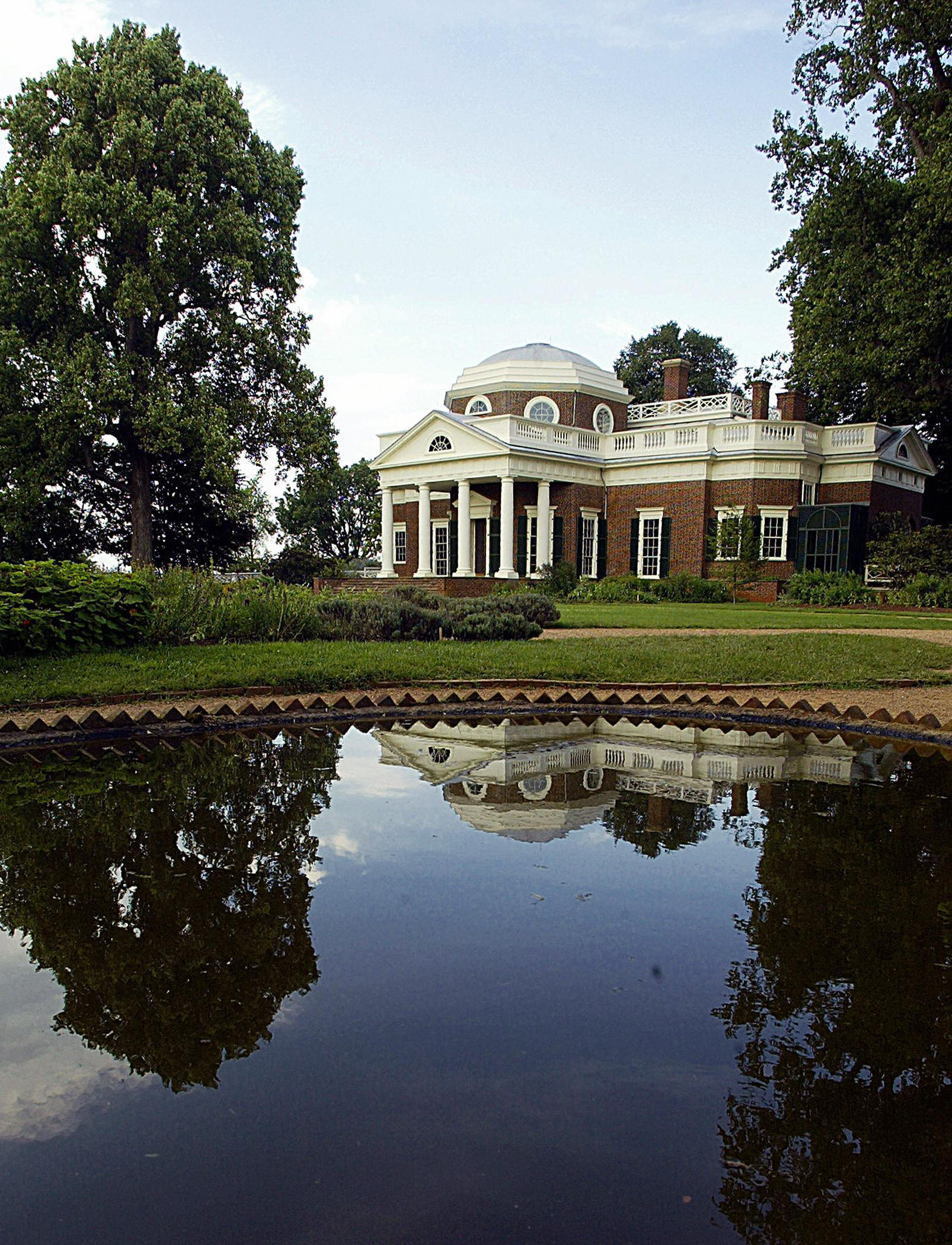 A pond used to store live fish to eat reflects the home of third US President Thomas Jefferson, author of the Declaration of Independence, 12 July, 2003, in Monticello, Virginia. (Paul J. Richards/AFP via Getty Images)

“They treated Monticello like it was the family home, because in a way it was,” he said, adding that Monticello will teach the full history of Jefferson while the statue will not.

“A tour of Monticello these days will tell you that it was designed by Jefferson and built by the people he enslaved; it will point out joinery and furniture built by Sally’s brother, John Hemings. Today, there are displays of rebuilt cabins and barns where those enslaved lived and worked,” Truscott wrote.

The memorials of founding fathers Thomas Jefferson and George Washington have come under scrutiny because the men owned slaves. Protesters covered a statue of George Washington with red paint in New York City last week. Democratic Illinois Sen. Tammy Duckworth said last month that she thinks “we should listen to the argument” for tearing down monuments of the first U.S. president.

Since Monticello shows such a full history, Truscott argued, we don’t need the Jefferson Memorial. In fact, he said, it should be replaced with a statue of Harriett Tubman, because “to see a 19-foot-tall bronze statue of a Black woman, who was a slave and also a patriot, in place of a white man who enslaved hundreds of men and women is not erasing history. It’s telling the real history of America.”

“The time to honor the slave-owning founders of our imperfect union is past,” Truscott said. “The ground, which should have moved long ago, has at last shifted beneath us.”