West’s since deleted tweet showed an image of a Google search bar with the question “what does a 6 month fetus look like” accompanied by several images of unborn babies in the womb.

“By the end of the sixth month, your baby is about 12 inches long and weighs about 2 pounds,” text from a WebMD article appearing in West’s screenshot says. “His or her skin is reddish in color, wrinkled, and veins are visible through the baby’s translucent skin. Baby’s finger and toe prints are visible. The eyelids begin to part and the eyes open.” 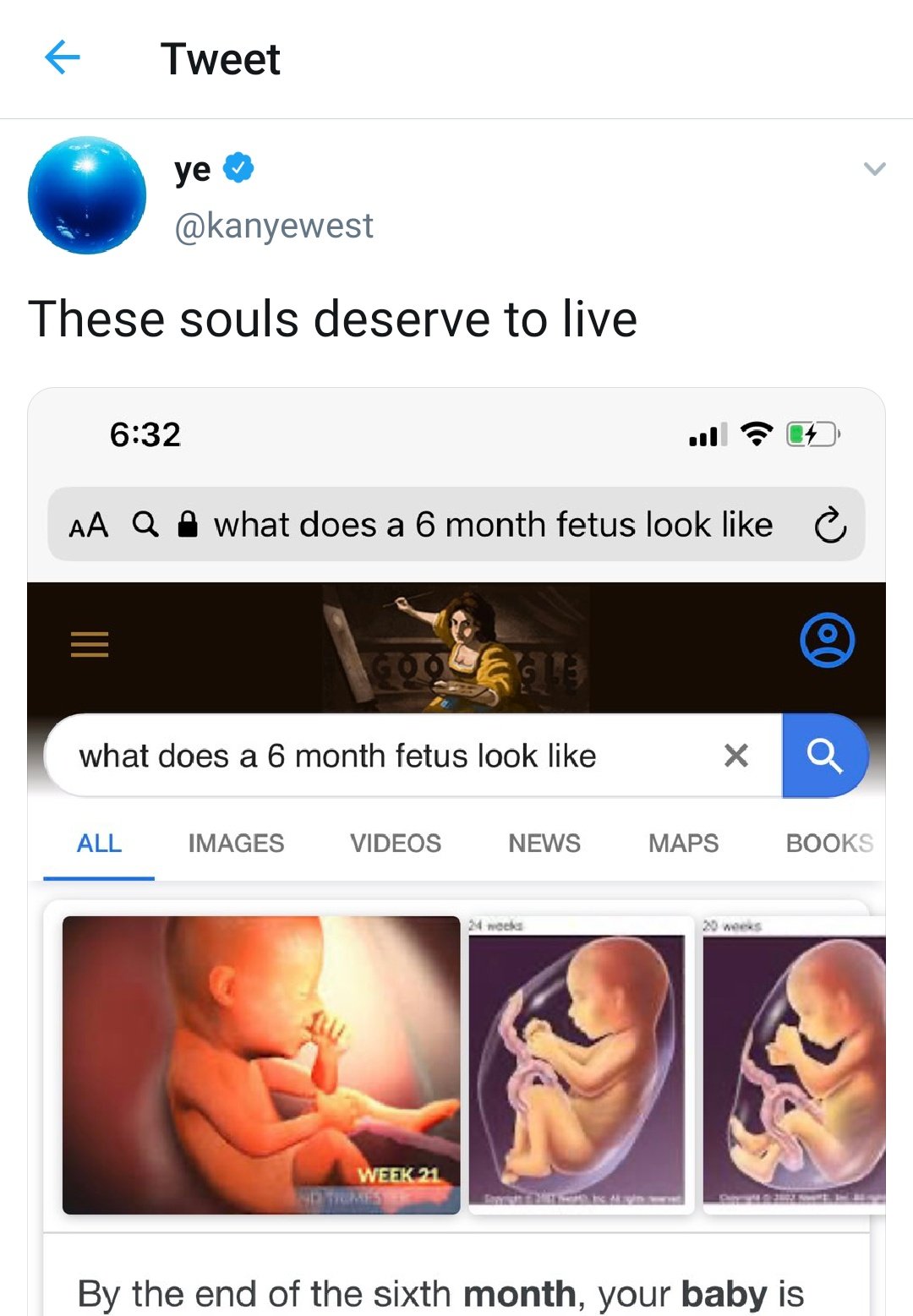 The tweet comes after West, who recently declared his bid for president, spoke out regarding his political beliefs in an interview with Forbes.

“Planned Parenthoods have been placed inside cities by white supremacists to do the Devil’s work,” he said.

West has previously spoken out against abortion and the rapper reiterated his pro-life stances in the Forbes interview.

“I am pro-life because I’m following the word of the bible,” he told the publication.

“God just gave me the clarity and said it’s time,” he added, regarding his presidential run. “You know I was out there, ended up in the hospital, people were calling me crazy. I’m not crazy. Between all of the influences and the positions that we can be put in as musicians—you go on tour, you put out all these albums, and you look up and you don’t have any money in your account.”

He continued: “It can drive you crazy, through all of that I was looking crazy because it wasn’t the time. Now it’s time. And we’re not going crazy, we’re going Yeezy, it’s a whole ‘notha level now. N-O-T-H-A.”