A recent poll found that an overwhelming majority of Americans think police brutality and racism are problems in the country, but a little less than two-thirds disagree with the idea of defunding the police. 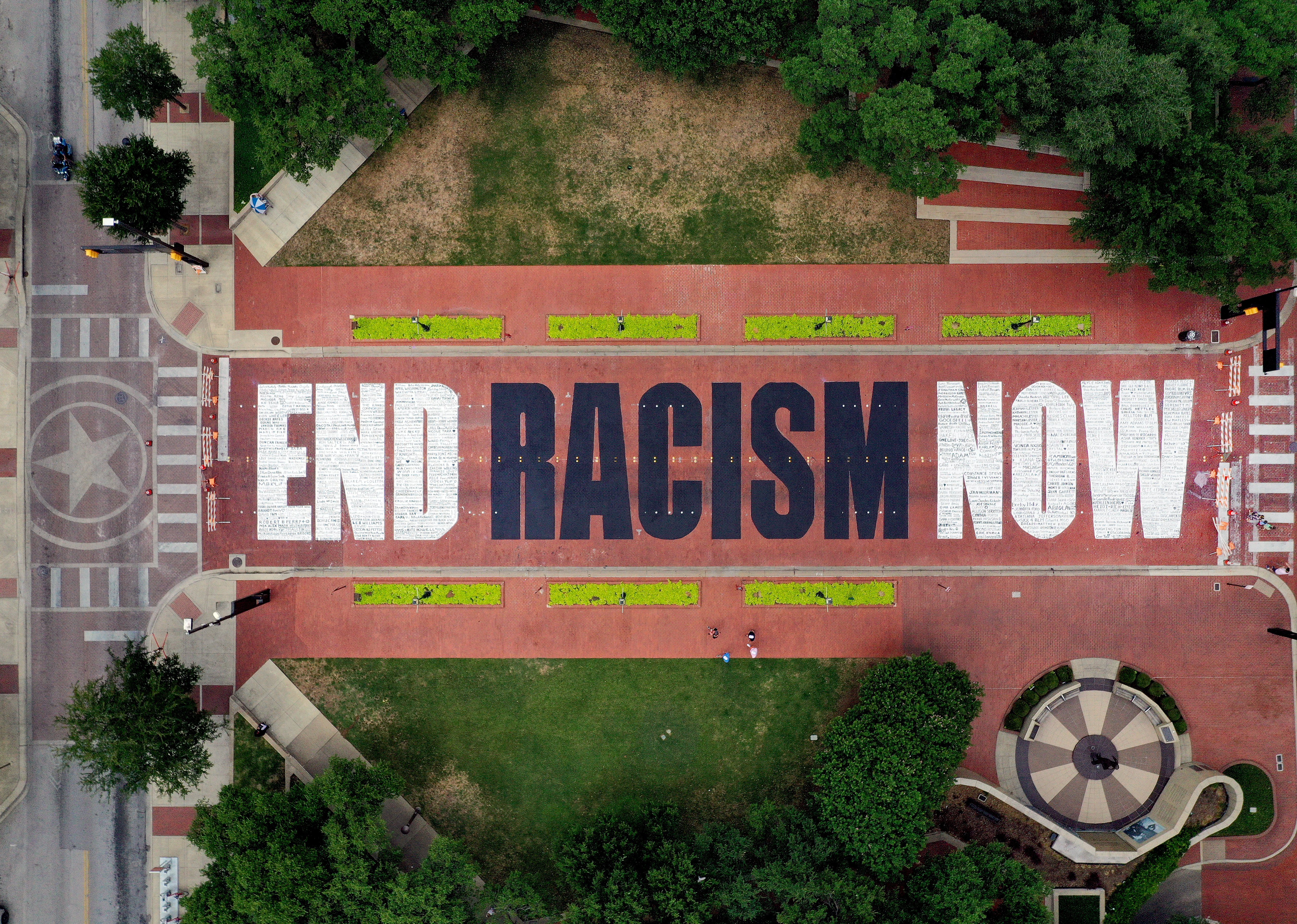 FORT WORTH, TEXAS – JUNE 28: An aerial view from a drone as residents view the “End Racism Now” mural painted on Main Street in downtown on June 28, 2020 in Fort Worth, Texas. Local artists partnered with volunteers to paint the message after being inspired by the Black Lives Matter movement and recent protests following the death of George Floyd. (Photo by Tom Pennington/Getty Images)

The survey, conducted by Opinium for The Guardian between June 19 and 24, polled 2,000 U.S. adults. The results indicate that 92% of those polled think racism is a problem and 72% said that it was a “serious” problem. Further, 89% of those polled said that police violence was a problem and 65% said it was “serious.” (RELATED: San Francisco Lawmakers Introduce ‘CAREN’ Act)

Four in five (80%) Americans polled under the age of 35 said that racism was a problem. Seven in 10 (68%) of 35- to 54-year-olds said that racism was a problem and 69% of those over the age of 65 agreed. More Americans reportedly disapproved of Donald Trump’s response to the protests than approved of the response (47% disapproval to 31% approval), but those who supported Trump in 2016 apparently support his actions now (70%).

“Between the ongoing pandemic, the mounting economic crisis, and the failure to curb racist police violence, American voters will be influenced by a multitude of complex issues this year,” said editor of Guardian US John Mulholland in a statement obtained by the Daily Caller. “We will aim to reach out to American voters across race, class and geography to better understand the forces that will drive people to — and in some cases away from — voting.” 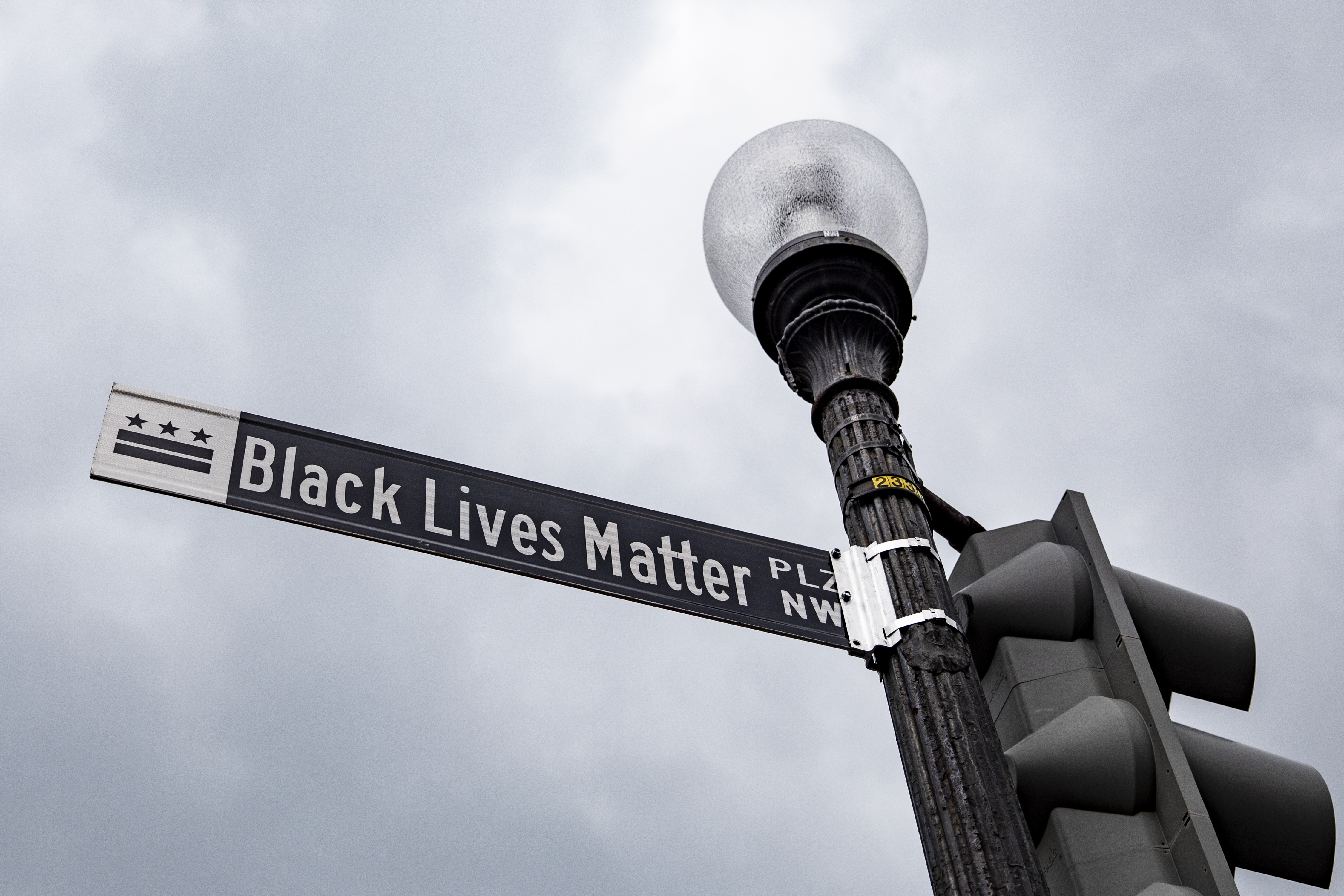 The poll by The Guardian/Opinium indicates that 73% of the 18- to 34-year-olds surveyed said they had taken action in the “Black Lives Matter” movement, compared to 52% of the general population. The results also indicate that 9% of people aged 18 to 34 attended the protests themselves.

Three-quarters of those surveyed said they believed most cops are good but that there are “bad apples,” 67% said they supported banning neck restraints and chokeholds and 74% agreed with investigating all use of deadly force by the police.

Only one in four (24%) Americans polled agreed with “defunding the police” and 58% disagreed with the idea. A third (32%) said they agreed with redirecting funding from police departments towards education and healthcare programs.

“We’re incredibly excited to get our teeth into the greatest political contest in the world,” said Chief Executive of Opinium James Endersby in a statement obtained by the Caller. “With the raft of issues and events that have arisen in 2020, this year’s race to the White House will be like no other.”

The Guardian/Opinium poll also found that, among registered voters who are likely to vote in 2020, presumptive Democratic nominee Joe Biden leads President Donald Trump by 12 points.