The mayor of a Massachusetts town apologized Wednesday for an electronic road sign saying “all lives matter” and vowed to find out why the message was displayed.

Melrose Mayor Paul Brodeur ordered the message, which said “the safety of all lives matter,” to be taken down immediately, he tweeted Wednesday. The electronic sign was put up on Main Street and appeared to belong to the Melrose Police Department, according to the photo that Brodeur posted.

“I have just been made aware that the following traffic sign is being displayed on Main Street. I have ordered that it be taken down immediately and am taking steps to find out how this happened,” Brodeur said. “I apologize to the residents of Melrose.” (RELATED: San Francisco Lawmakers Introduce ‘CAREN’ Act)

I have just been made aware that the following traffic sign is being displayed on Main Street. I have ordered that it be taken down immediately and am taking steps to find out how this happened. I apologize to the residents of Melrose. pic.twitter.com/BMGmFYcWfd

Melrose Police Chief Michael L. Lyle condemned the message and announced an investigation into the matter in an online statement. He noted that a traffic officer was recently ordered to put a message of general traffic safety on the sign.

“I am aware that the phrase ‘all lives matter’ is commonly used as a misguided counter to the Black Lives Matter movement,” Lyle said. “On behalf of the Melrose Police Department, I sincerely apologize to our residents and anyone who drove past the sign today.”

“Preliminarily, the officer reported to me that he did not post the message with either malicious or political intent,” Lyle continued in his statement. “The officer, by his account, was trying to type a traffic safety message in the limited space offered by the electronic sign and did not realize the totality or impact of the words he had posted.” 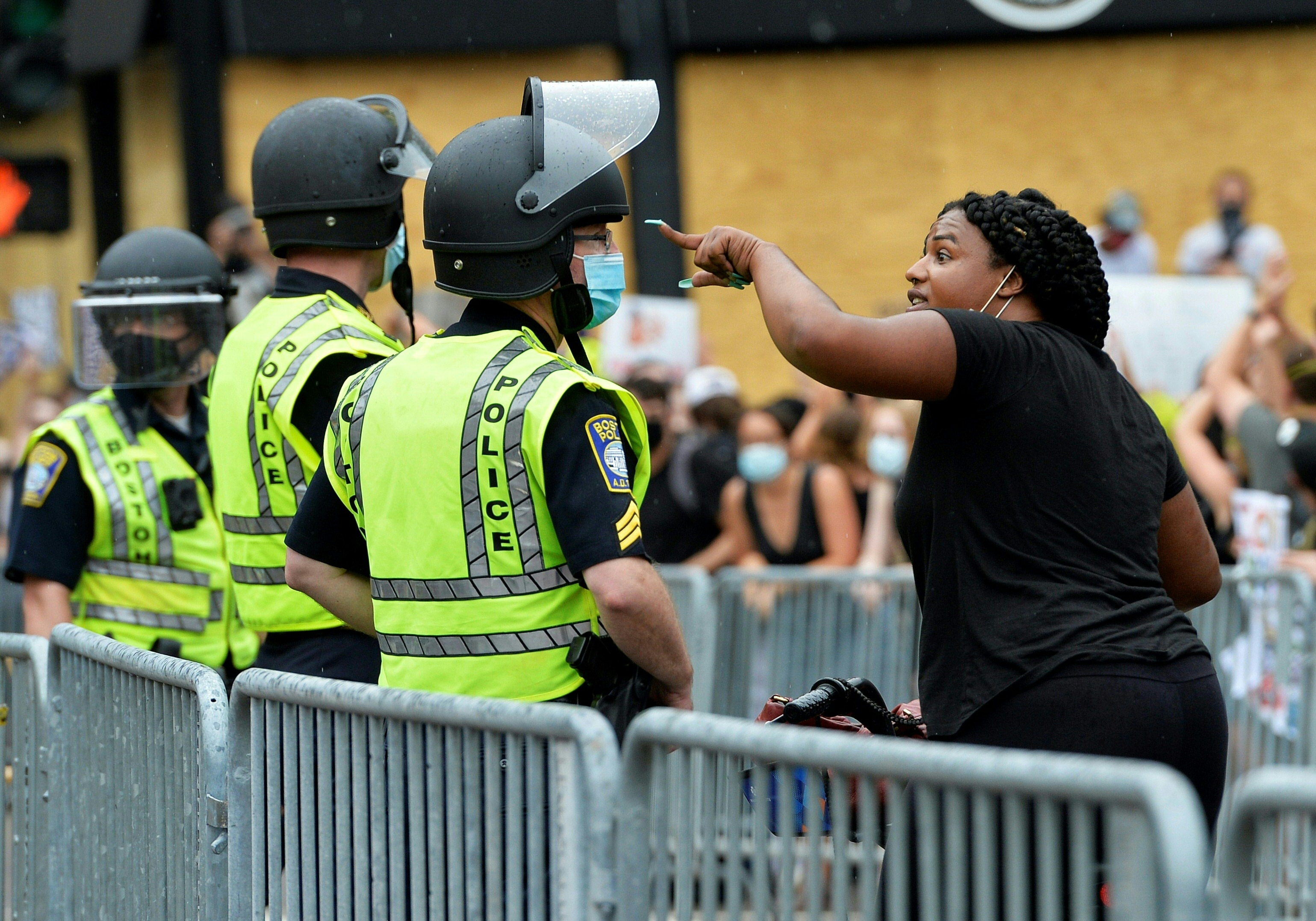 A women argues with police officers during a rally outside the Massachusetts State House in Boston on June 27, 2020. (Photo: Joseph Prezioso/AFP via Getty Images)

A thorough investigation will take place regardless of the officer’s account, Lyle said. He also announced that he will approve all electronic messages moving forward, according to his statement.

Protests against police brutality have been taking place nationwide in the aftermath of George Floyd’s death. Floyd died in Minneapolis police custody on May 25 after an officer kneeled on his neck, video shows.

Brodeur assumed office in November 2019, according to the City of Melrose website. He previously served in the Massachusetts House of Representatives.