There are now six Republican senators who have said they will likely not attend the Republican National Convention in August.

Republican Kansas Sen. Pat Roberts announced Thursday he will probably not be attending the convention due to scheduled events back home. Republican Iowa Sen. Chuck Grassley was the first senator to announce Monday he would not attend the convention, skipping it for the first time in forty years due to concerns of coronavirus.

“Well, I have some things to do in Kansas that I got to do and unfortunately I didn’t know what was canceled and what was not and whatever, and so I will probably not be,” Roberts said when asked if he was going to the convention, according to The Hill.

When Grassley was asked why he would not be attending, he cited the coronavirus as his reason.

“Going to a place where the governor feels that it’s safer is probably the right thing to do if you want to have a convention,” Grassley continued. “And I think we should have a convention, but I think you should do whatever you can to make it as safe as possible so that would mean with face masks and with social distancing.” 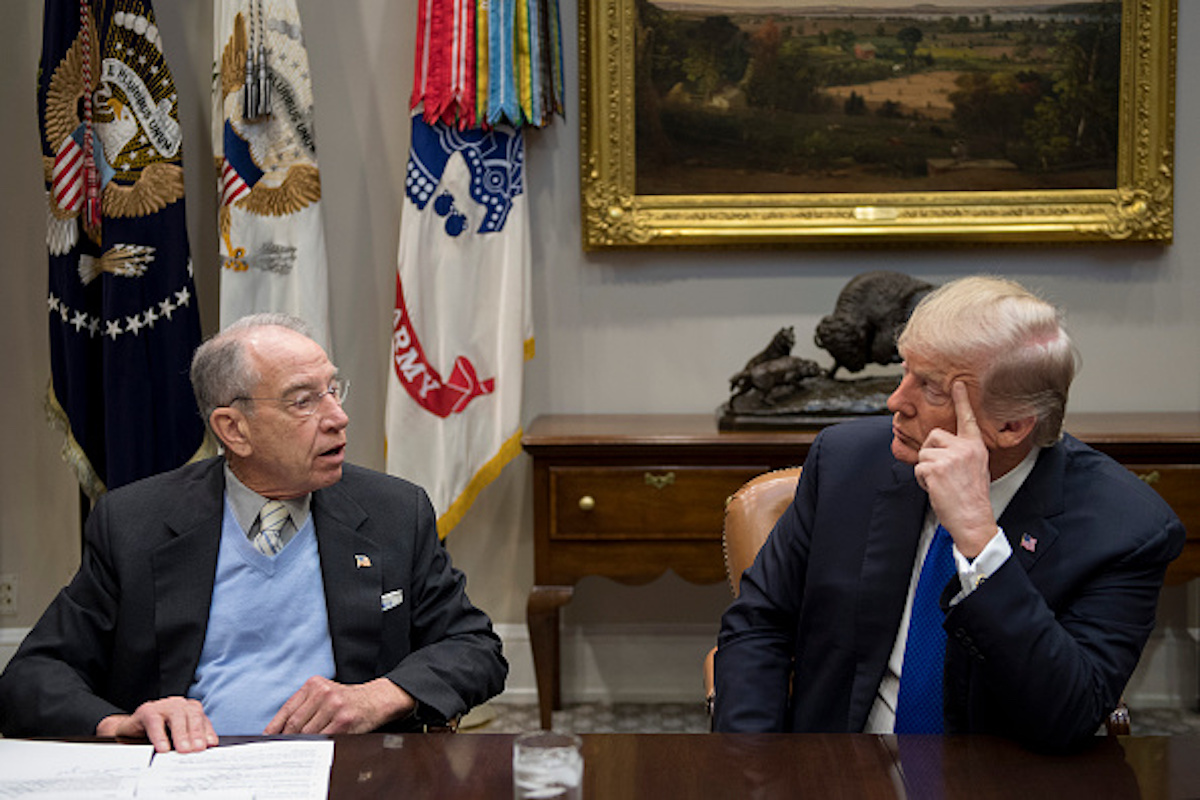 President Donald Trump (R) speaks with US Senator Chuck Grassley (L), R-Iowa, during a meeting with Republican members of the Senate about immigration at the White House in Washington, DC, on January 4, 2018. (Photo credit: JIM WATSON/AFP/Getty Images)

Only Grassley cited coronavirus as a reason for not attending. Alexander said he wanted someone else to be a delegate and Collins’ office said she does not attend conventions when she is up for reelection, The Hill reported.