Biden unveiled the plan, which allocates roughly $400 billion to bring back American companies’ manufacturing capabilities and $300 billion to invest in domestic technologies, during a speech Thursday.

“He plagiarized from me, but he can never pull it off,” Trump told reporters Friday morning at the White House. “He likes plagiarizing. It’s a plan that is very radical left but he says the right things because he’s copying what I’ve done.” (RELATED: What’s In Biden’s Big Economic Plan? Where He May Find Conservative Support (And Where He Definitely Won’t)

“The difference is he can’t do it, and he knows he’s not doing that.” 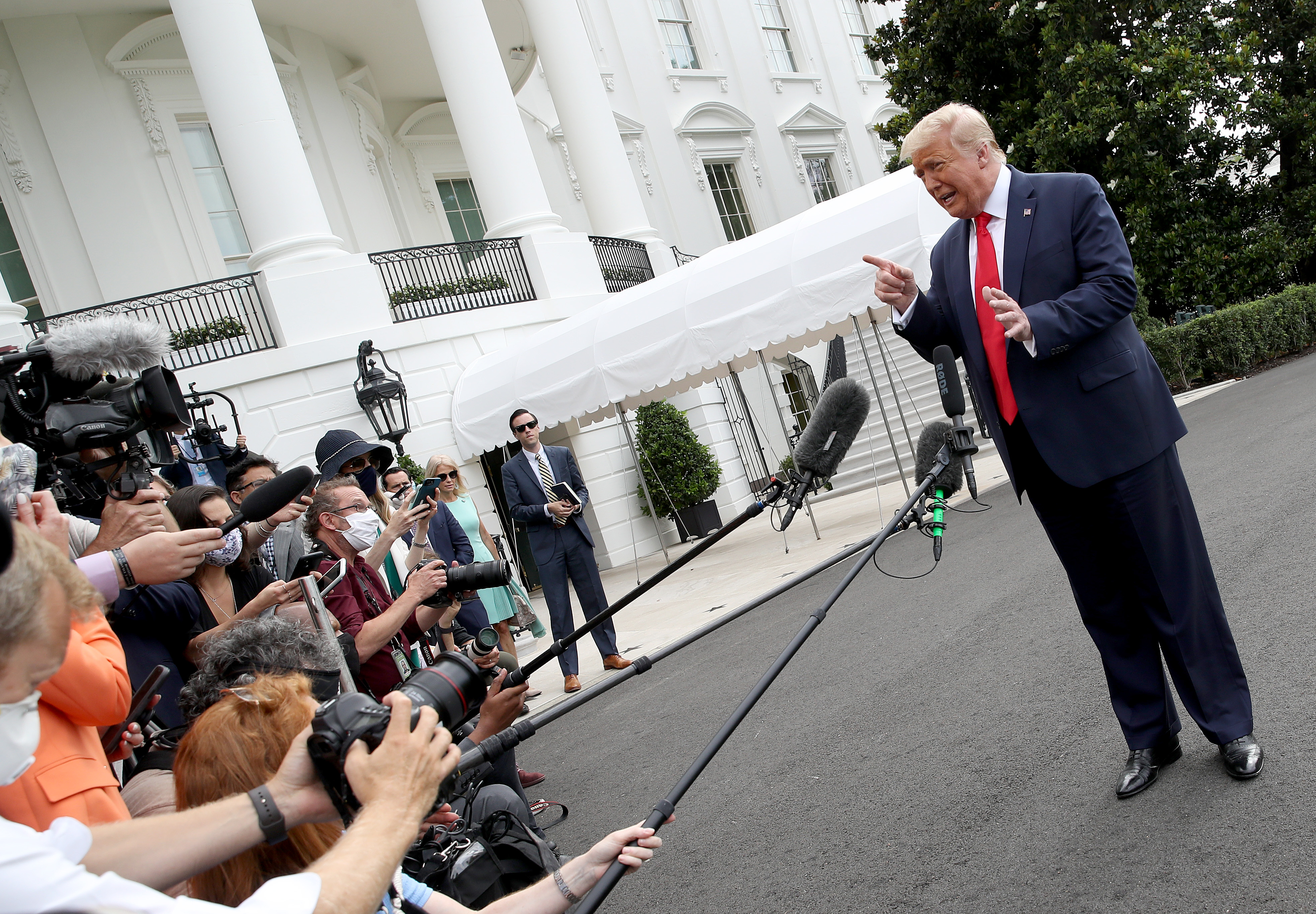 WASHINGTON, DC – JULY 10: U.S. President Donald Trump speaks to reporters before departing from the White House on Marine One, on July 10, 2020 in Washington. DC. President Trump is traveling to Florida and will attend several events before returning to Washington. (Photo by Win McNamee/Getty Images)

The Trump administration has been sitting on an executive order along the same lines as Biden’s plan for months. It is the brainchild of Trump’s top China trade hawk Peter Navarro and garnered considerable media buzz throughout the coronavirus pandemic.

White House chief of staff Mark Meadows said earlier in the week that the president will soon sign a host of executive orders taking action against China and boosting American manufacturing.