Florida smashed a record for coronavirus cases in one day Sunday, making it the first time the state has recorded more than 12,000 daily cases.

Total cases in Florida sit at nearly 270,000 after the state notched 15,299 cases Saturday, The Wall Street Journal reported Sunday, citing state health officials. California, Arizona and other states have seen a renewed surge in coronavirus cases as well, according to the report.

The virus originated in China before spreading around the world and to the United States, where it has killed more than 134,000 people since March. (RELATED: Stanford’s Dr. Scott Atlas: ’80-85%’ Of Texas Hospital Patients ‘Have Nothing To Do With COVID-19’) 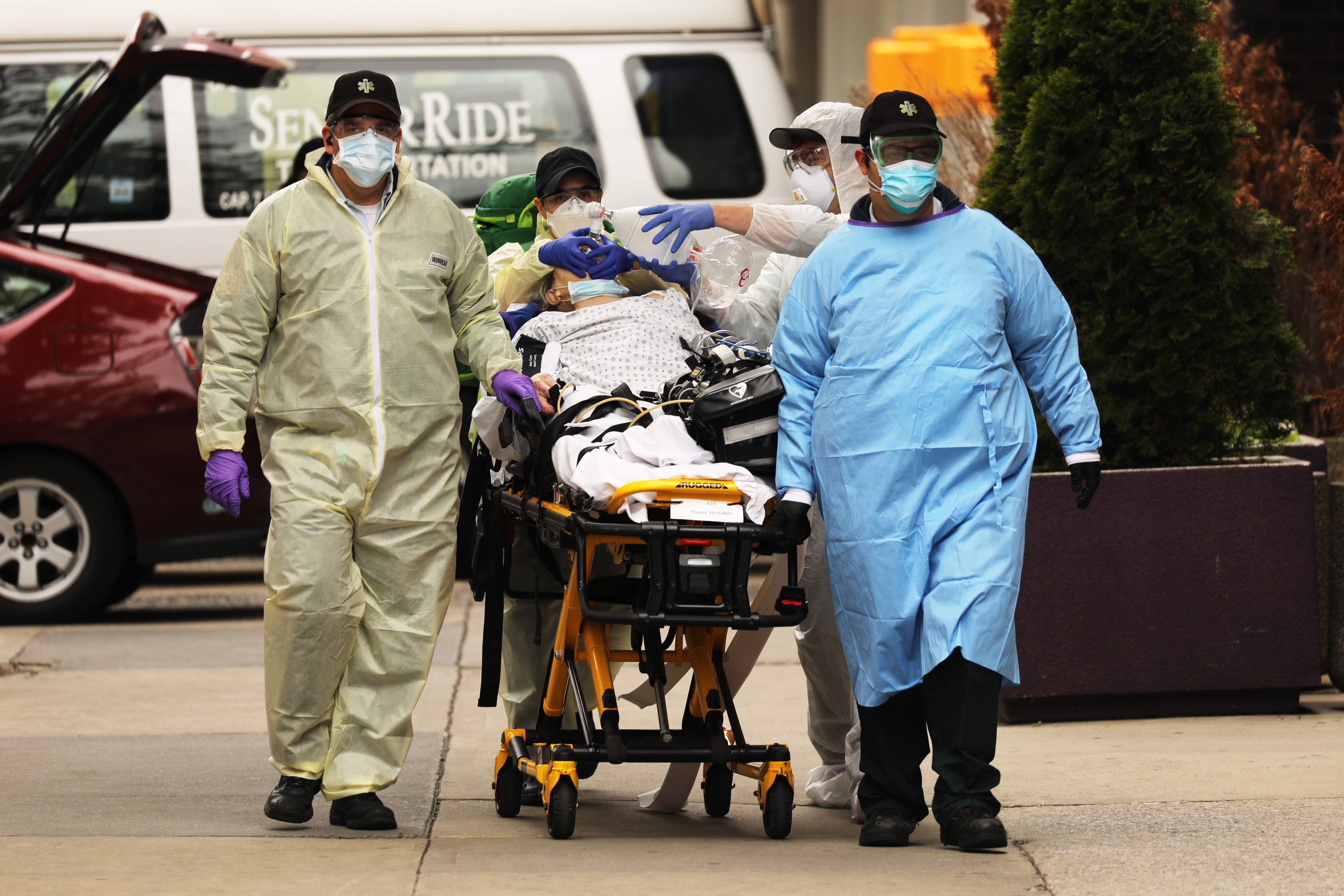 Medics take a patient in severe respiratory distress to an ambulance from a group home next to Maimonides Medical Center on May 11, 2020 in the Borough Park neighborhood of the Brooklyn borough of New York City.  (Spencer Platt/Getty Images)

Gov. Ron DeSantis lashed out at critics in May for suggesting at the time that the state would see massive increases in deaths linked to coronavirus, or COVID-19, after the Florida Republican moved ahead with reopening his state.

“You got a lot of people in your profession who waxed poetically for weeks and weeks about how Florida was going to be just like New York: ‘wait two weeks Florida’s going to be next, just like Italy, wait two weeks,’” DeSantis told reporters on May 20.

More than 32,000 people have reportedly died from the virus in New York; Florida has a death toll of about 4,200, data show.

The number of new cases has also outpaced the increase in coronavirus testing, WSJ reported. California, for instance, conducted 5.2 million tests, with New York and Florida following close behind, according to the WSJ, which cited Johns Hopkins University data.

Despite an increase in positive cases, related death tolls have only recently begun to increase.

John Hopkins’s database shows that more than 800 Americans died on Wednesday, Thursday and Friday. That’s 60% higher than the death total from a week prior, The New York Times reported Friday.

The pandemic prompted state and city officials to institute economic lockdowns and stay-at-home orders, which resulted in economic chaos. More than 40 million people filed for unemployment during the first three months of the pandemic, while retail stores and restaurants filed for bankruptcy.