An Alaska Airlines flight to Chicago had to turn back to Seattle-Tacoma International Airport after a passenger threatened to kill everyone onboard.

The incident began Saturday night shortly after the plane took off when a man on the flight began walking up and down the aisle screaming, “I will kill everybody, accept it!” according to the Seattle Times.

Two passengers, including a law enforcement officer and a flight attendant apprehended and subdued the suspect while he repeatedly yelled, “Die in the name of Jesus!” according to video obtained by the Seattle Times.  (Related: EXCLUSIVE DETAILS: Fighter Jets Escort American Plane After Someone Tried To Break Into Cockpit)

D.C. resident Erik was a passenger on the Alaska 422 flight and told the Daily Caller News Foundation in a phone interview he witnessed the suspect screaming, “You all are going to die tonight if you do not accept Jesus was a black man!”

Erik requested his last name not be published. 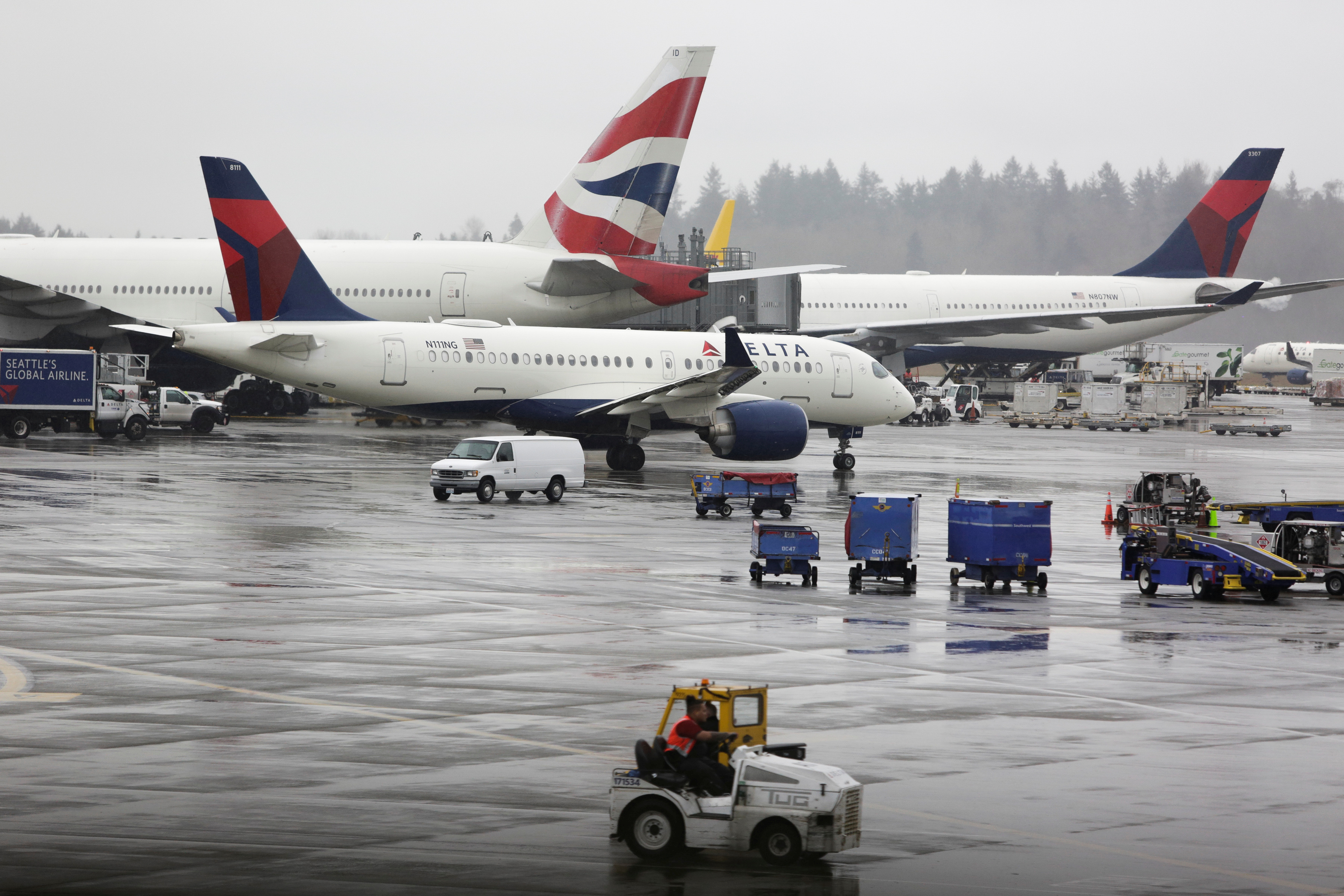 Delta Airlines planes and a British Airways plane (2nd L) are pictured at Seattle-Tacoma International Airport, on the day Delta CEO Ed Bastian told employees he was cutting 40% of capacity in the coming months, the largest in the airline’s history, in addition to pursuing aid, in SeaTac, Washington, U.S. March 13, 2020. REUTERS/Jason Redmond

“I will say, I was incredibly scared the whole time because maybe he had a bomb in his carry-on somehow, something like that,” Erik said to the DCNF. “He seemed really convinced we all were going to die that night, which is the scary thing.”

Port of Seattle Police arrested the suspect after the Alaska Airlines pilot turned around and landed in Seattle-Tacoma International Airport that night, according to the Seattle Times.