A major Los Angeles teachers union said in a research paper issued Thursday that the reopening of schools should be conditioned upon the passage of Medicare-for-All at the federal level, along with a slew of other left-wing policy staples at the state and local levels.

“It is time to take a stand against Trump’s dangerous, anti-science agenda that puts the lives of our members, our students, and our families at risk,” United Teachers Los Angeles President Cecily Myart-Cruz said in a statement unveiling the paper. “We all want to physically open schools and be back with our students, but lives hang in the balance. Safety has to be the priority. We need to get this right for our communities.”

The paper outlined a lengthy list of health and safety measures the union identified as necessary measures to ensure schools can operate safely amid the coronavirus pandemic, including robust testing, contract tracing, sterilization regimens and physical distancing in the classroom.

The union said the costs to implement the measures necessary to restart Los Angeles schools safely could exceed $250 million, funds it said would be available if “federal, state and local governments are willing to finally prioritize pupils over plutocrats.”

The UTLA called for at least $500 billion in additional federal assistance to K-12 schools, in addition to the passage of Medicare-for-All.

The union also called for California to implement both a wealth tax on unrealized capital gains for the state’s billionaires, and surtaxes on state residents that earn over $1 million a year. The UTLA estimated the two measures would bring in a combined $14.5 billion a year in tax revenues.

At the local level, the union called for the Los Angeles police to be defunded, saying “police violence is a leading cause of death and trauma for Black people, and is a serious public health and moral issue.”

The UTLA also called for a moratorium on new charter schools, saying that the charter schools already operating in the city of “double-dipping” by accepting federal CARES act funding while also receiving state funding, which did not decline amid the pandemic.

The American Academy of Pediatrics urged school systems in late June to re-open schools at the start of the upcoming academic year in the fall, arguing that keeping children at home poses a far greater health risk than coronavirus. Children are less likely to become infected with COVID-19, and if they do, they’re less likely to become symptomatic and spread the virus, the AAP said. (RELATED: American Academy of Pediatrics Urges Schools To Reopen In Fall)

“The AAP strongly advocates that all policy considerations for the coming school year should start with a goal of having students physically present in school,” the AAP wrote. “The importance of inperson learning is well-documented, and there is already evidence of the negative impacts on children because of school closures in the spring of 2020.” 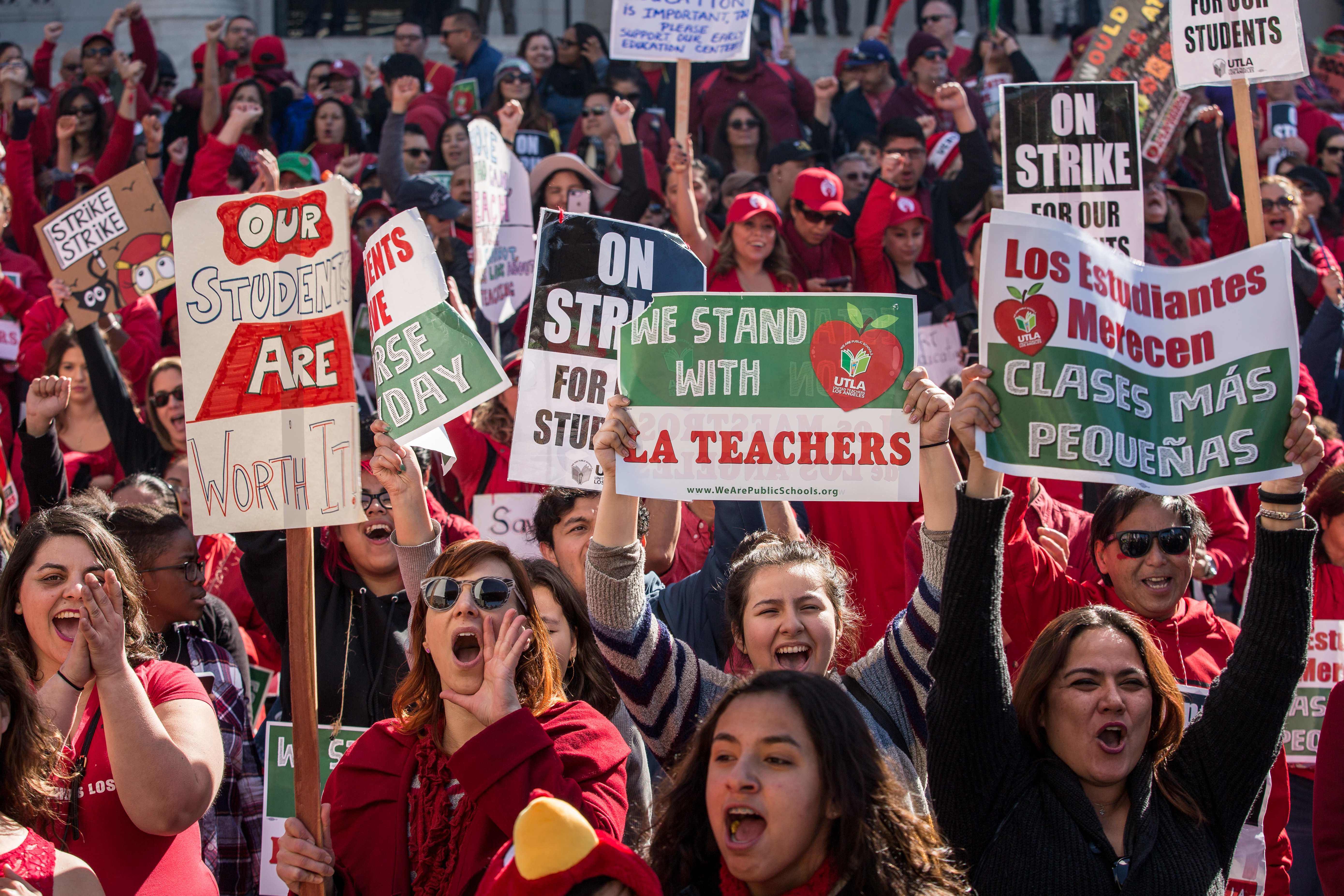 The Los Angeles Unified School District announced Monday that schools would remain closed and all teaching will be conducted remotely at the start of the school year in August, a decision that was met with praise by the UTLA.