New York City had 15 shootings in 15 hours Saturday, according to the New York Post.

The shootings reportedly began around noon Saturday. Last week, the city saw a total of 43 shootings compared to 13 shootings last year during the same period, according to the New York Post.

In one of the shootings early Sunday morning, a 21-year-old man was reportedly shot in the head while sitting in a car in Sheepshead Bay. He was left in critical condition, reports the Post. (RELATED: 1-Year-Old Baby Dies After Getting Shot In The Stomach During NYC Cookout, According To Police) 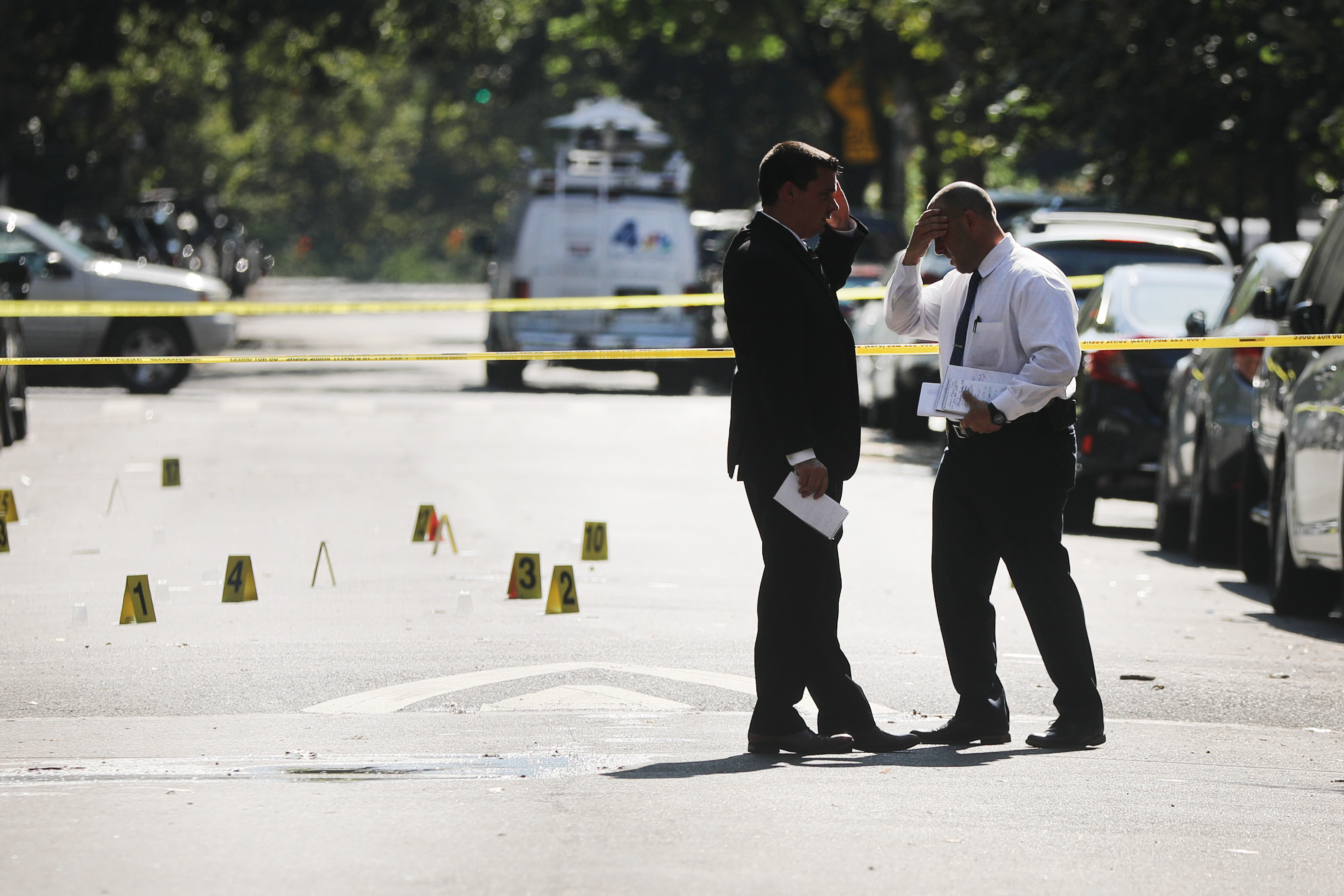 Police work at a crime scene in Brooklyn where a one year old child was shot and killed on July 13, 2020 in New York City. The 1-year-old boy was shot near a playground during a Sunday picnic when gunfire erupted. Two adults were wounded in the evening shooting. New York City has witnessed a surge in gun violence over the past month with 9 people killed, including children, and 41 others wounded on the Fourth of July weekend alone. The gun violence is occurring against the backdrop of a nationwide movement to consider defunding police departments. (Photo by Spencer Platt/Getty Images)

“I had gone to bed early,” a neighbor in Sheepshead Bay who identified herself as Lucy told the New York Post, “and the next thing I knew I heard two pops out my window that sounded just like fireworks.”

“Well, I heard plenty of fireworks around here a week ago so I didn’t think anything of it at first until I heard someone screaming,” Lucy added. “The next thing I knew the street was flooded with police lights and ambulance lights.”

Thomas Gonzales, 31, was visiting family in the East Village when a group of at least three people on bicycles reportedly rode up and fired at least nine shots. His neighbor said Gonzales was shot while sitting near a children’s play area, according to the report.

His neighbor told the Post that Gonzales is “a good man. A strong man.”

Police sources told the New York Post that Gonzales’ injuries are not life-threatening.

New York City has experienced a surge in violence since protests over the death of George Floyd turned into riots in the city. Police said that nearly 40 people had been shot and 13 people had been stabbed over Fourth of July weekend. Between June 2 and June 15, shooting incidents increased by 205% compared to the same period last year.

Since Floyd’s death May 25, New York City has seen over 100 shootings. Murder, burglary, and grand larceny auto crimes were also higher in June 2020 than they were in June 2019.

The New York City Police Department did not immediately respond to a request for comment.