A Michigan teenager had her probation revoked and was placed in a juvenile detention center in May after failing to complete her class work after her school switched to remote learning, ProPublica reported Tuesday.

The 15-year-old, identified only as “Grace,” was reportedly already on probation for fighting with her mother and stealing. She was determined to have violated her probation when she didn’t submit her schoolwork or “[get] up for school,” the presiding judge ruled, according to ProPublica. The judge also reportedly called the girl a “threat to (the) community” due to her assault and theft charges.

Grace’s mother Charisse told ProPublica she had gotten the police involved on several occasions due to disputes between the two. In one incident, Grace pushed her mother and in another she pulled her hair and bit her finger so severely someone called the police after hearing Charisse call for help. The two reportedly sought both individual and family therapy. 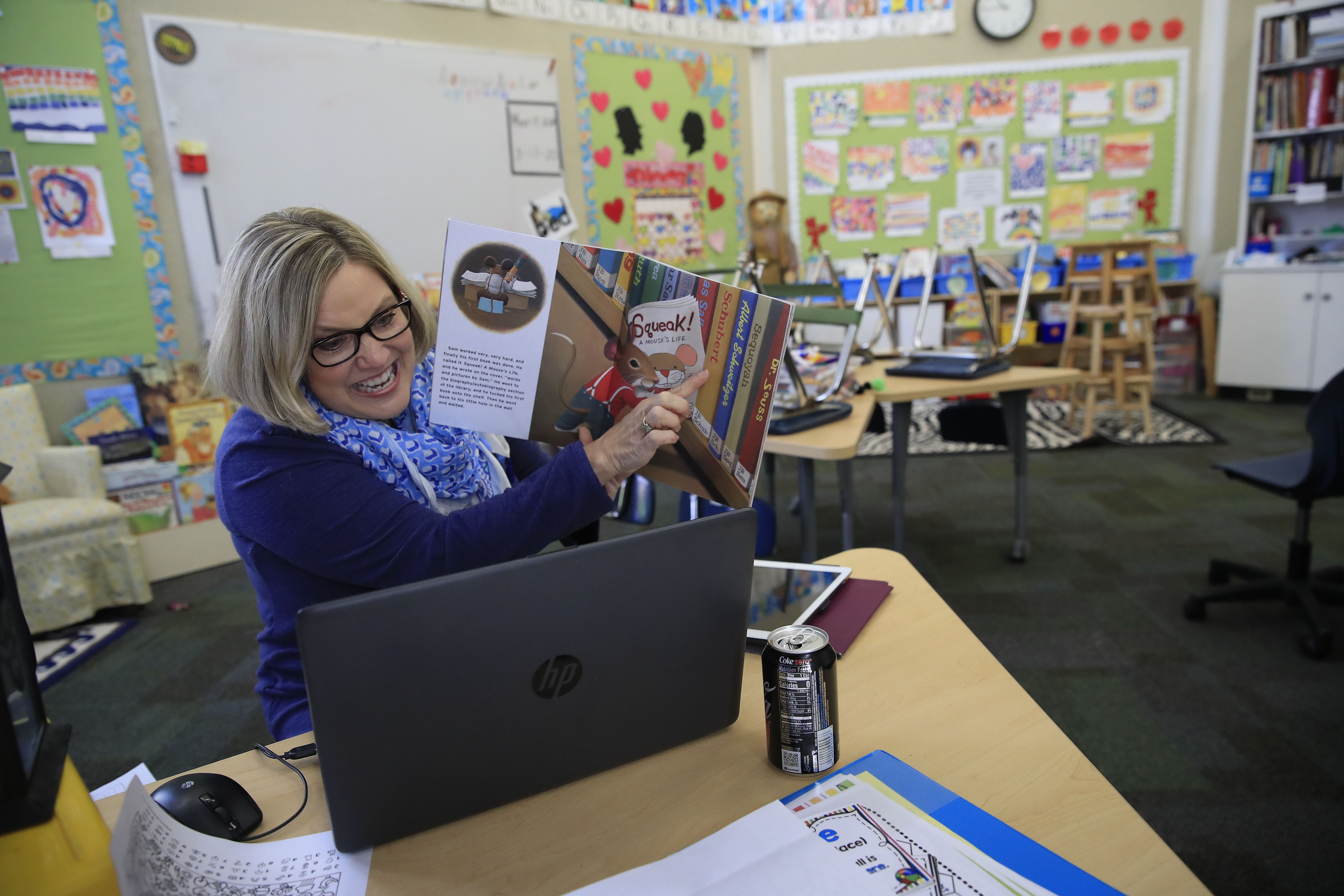 LOUISVILLE, KENTUCKY – APRIL 15: Joanne Collins Brock , a second grade teacher at St Francis School (Goshen) , teaches online in her empty classroom on April 15, 2020 in Goshen, Kentucky. Brock has been teaching daily online to her students because of the closure of schools in Kentucky due to the Coronavirus (COVID-19) pandemic. (Photo by Andy Lyons/Getty Images)

ProPublica could not locate any other examples of children taken into custody over failure to complete schoolwork, and Grace’s teacher did not find that her student’s academic behavior was “out of alignment with most of [her] other students.”

Some are decrying the decision to incarcerate Grace, especially amid the coronavirus pandemic that has prompted many jails to release low-level offenders to lessen the likelihood of a major outbreak. (RELATED: ‘Schools Are About Public Health’: Dr. Marc Siegel Calls On California Governor To Open Public Schools)

“This is too harsh of a sentence for a kid who didn’t do their homework. … There is so much research that points to the fact that this is not the right response for this crime,” Terri Gilbert, a member of a governor-appointed committee that focuses on juvenile justice, told ProPublica.

“Teenage girls act out. They get mouthy. They get into fights with her mothers,” Gilbert continued. “They don’t want to get up until noon. This is normal stuff.”