As the movement to defund the police has grown, so has violence in the U.S., especially in major cities.

Much of the progress made in America’s cities after the tough on crime initiatives of the 1980’s and 1990’s has evaporated in recent months as some pundits and politicians have called to re-evaluate the role of police. Following the deaths of George Floyd and Breonna Taylor, some major cities decided to gut their police budgets. (RELATED: Juan Williams Calls On NAACP, Black Lives Matter To Put ‘Same Emphasis’ On Stopping Black-on-Black Crime)

The Minneapolis City Council voted unanimously in June to get rid of its police department after four local police officers were charged in connection with Floyd’s death. New York City voted earlier in July to cut the budget for the New York Police Department (NYPD) by $1 billion, and officials in Los Angeles also cut $150 million in police funding from their budget. 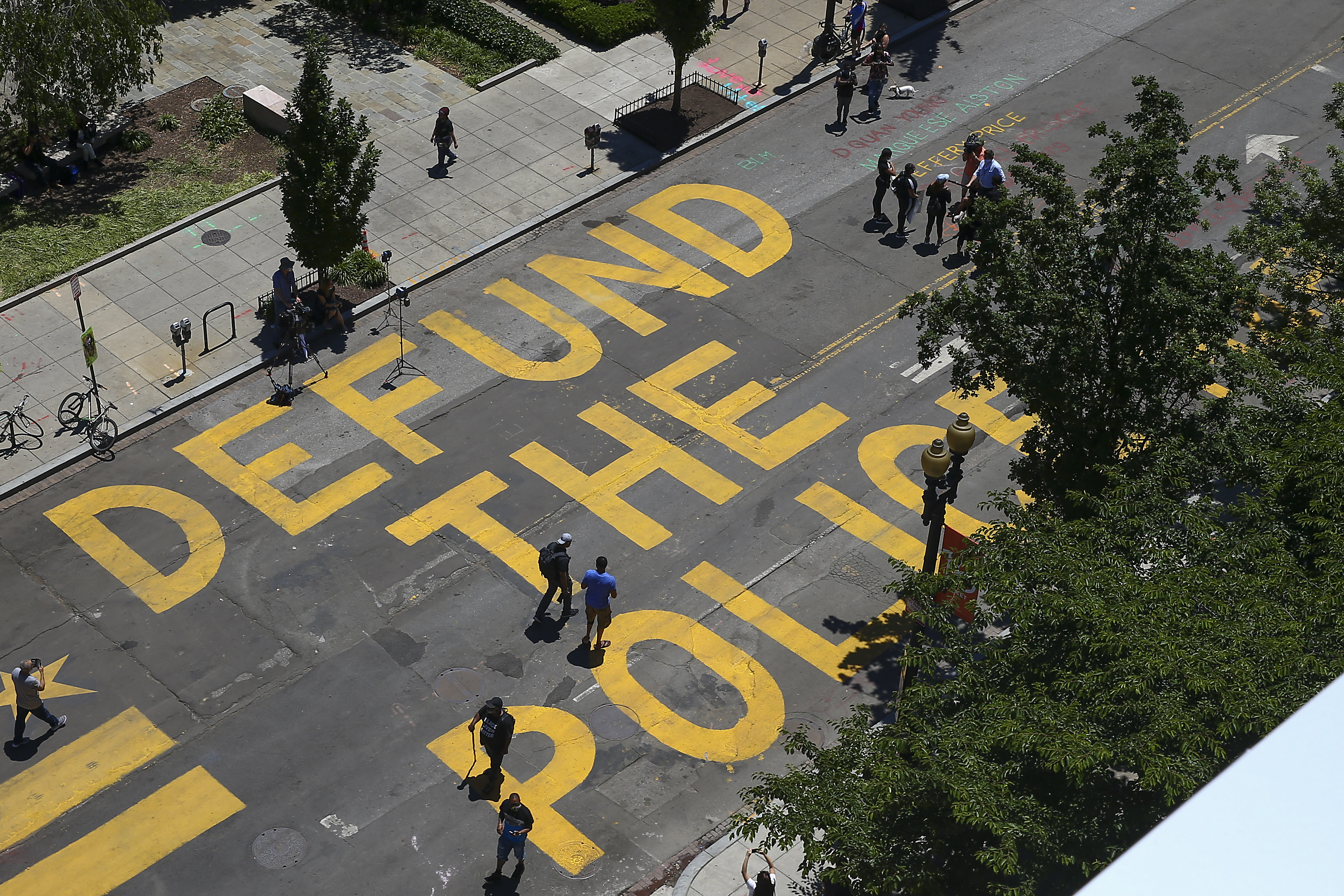 People walk down 16th street after “Defund The Police” was painted on the street near the White House on June 08, 2020 in Washington, DC.  (Photo by Tasos Katopodis/Getty Images)

Police union officials in both New York and Los Angeles spoke to the Daily Caller News Foundation earlier this month, sounding the alarm on growing threats to public safety.

“So, if they only have a certain amount of money budgeted, does that mean that once they run out of any other money to pay police officers, they expect the cops to come in for free?” Vincent Vallelong, vice president of the Sergeants Benevolent Association of New York said.

“What that means simply is longer response times to emergency calls,” Dustin DeRollo, spokesman for the Los Angeles Police Protective League said of recent budget cuts. “It means less time to do community-based policing like building relationships in neighborhoods. And it also will mean less ability to implement the training that everybody wants our officers to have.”

“It will take years to recover from this,” he added.

Based on the immediate results of these budget cuts, it’s hard to argue with either Vallelong or DeRollo. Both New York City and Minneapolis have had over 100 shootings since Floyd’s death in May. The homicide rate has risen by 250% in Los Angeles during that time period, while the murder rate rose by 25% in New York City. (RELATED: Ocasio-Cortez Says Defunding The Police Will Require ‘Experimentation’ With Public Safety?)

The violence in New York may have reached a tipping point last weekend after a 1-year-old boy was shot and killed at a cook-out. This led two leaders within the local black community to call for the NYPD to bring back its recently-disbanded Anti-Crime unit.

“Babies are not supposed to be wearing these in a coffin,” Brooklyn Borough President Eric Adams said, according to CBS 2 in New York.

“The guns keep going off and now we have a 1-year-old and the blood is on the hands of the mayor and the state Legislature,” community activist Tony Herbert said, according to the outlet.

The city of Baltimore is perhaps the most recent example of what can happen when political leaders seek to delegitimize law enforcement. Crime in Baltimore has spiked since the anti-police protests that occurred in 2015 in the wake of Freddie Gray’s death. The homicide rate has spiked from the mid to low 30’s to the mid to high 50’s in the past five years, and peaked in 2019 at 58.6 homicides per 100,000 residents, more than ten times the national average.

While the vast majority of Americans believe that police brutality is a serious problem, they also oppose efforts to defund the police. The American people appear to be capable of simultaneously recognizing the reality of police brutality and the need for strong law enforcement. Perhaps this is because history has repeatedly shown that efforts to delegitimize and defund the police only leads to more violence and more tragedies.