Omar’s campaign reported payments totaling $228,000 to E Street Group, the consulting firm run by her husband, Tim Mynett, in a filing with the Federal Election Commission (FEC) released Tuesday, bringing her total payments to the company to more than $1.1 million since August 2018.

Omar’s campaign spending with E Street Group in the second quarter of 2020 accounted for about 44% of its total expenditures, according to the Washington Free Beacon, which first reported the FEC filing Wednesday.

Omar has faced considerable scrutiny over her payments to Mynett’s firm since August 2019, when it was first reported that she was allegedly having an affair with the consultant while both were still married to other people.

The congresswoman continued paying Mynett’s firm for consulting services despite receiving an FEC complaint by the conservative National Legal and Policy Center (NLPC), which argued that the payments were being used illegally to further their affair. (RELATED: Ilhan Omar Illegally Diverted Campaign Funds To Pursue Romantic Affair, Complaint Alleges)

The NLPC’s complaint focused on $21,547 in travel expenses Omar’s campaign disbursed to E Street Group beginning April 1, 2019, which closely aligned with an accusation by Mynett’s ex-wife in a divorce filing that he had confessed on April 7 to being “romantically involved” with Omar.

Mynett’s ex-wife, Beth Mynett, said in her divorce filing that her husband’s “more recent travel and long work hours now appear to be more related to his affair with Rep. Omar than with his actual work commitments.”

The NLPC argued in its complaint that Omar’s travel payments to E Street Group “must be considered personal in nature” if it was used to benefit the alleged affair between Omar and Mynett.

Both Omar and Mynett divorced their respective spouses by the end of 2019, all the while denying they were having an affair. But on March 12, the couple announced they had tied the knot. 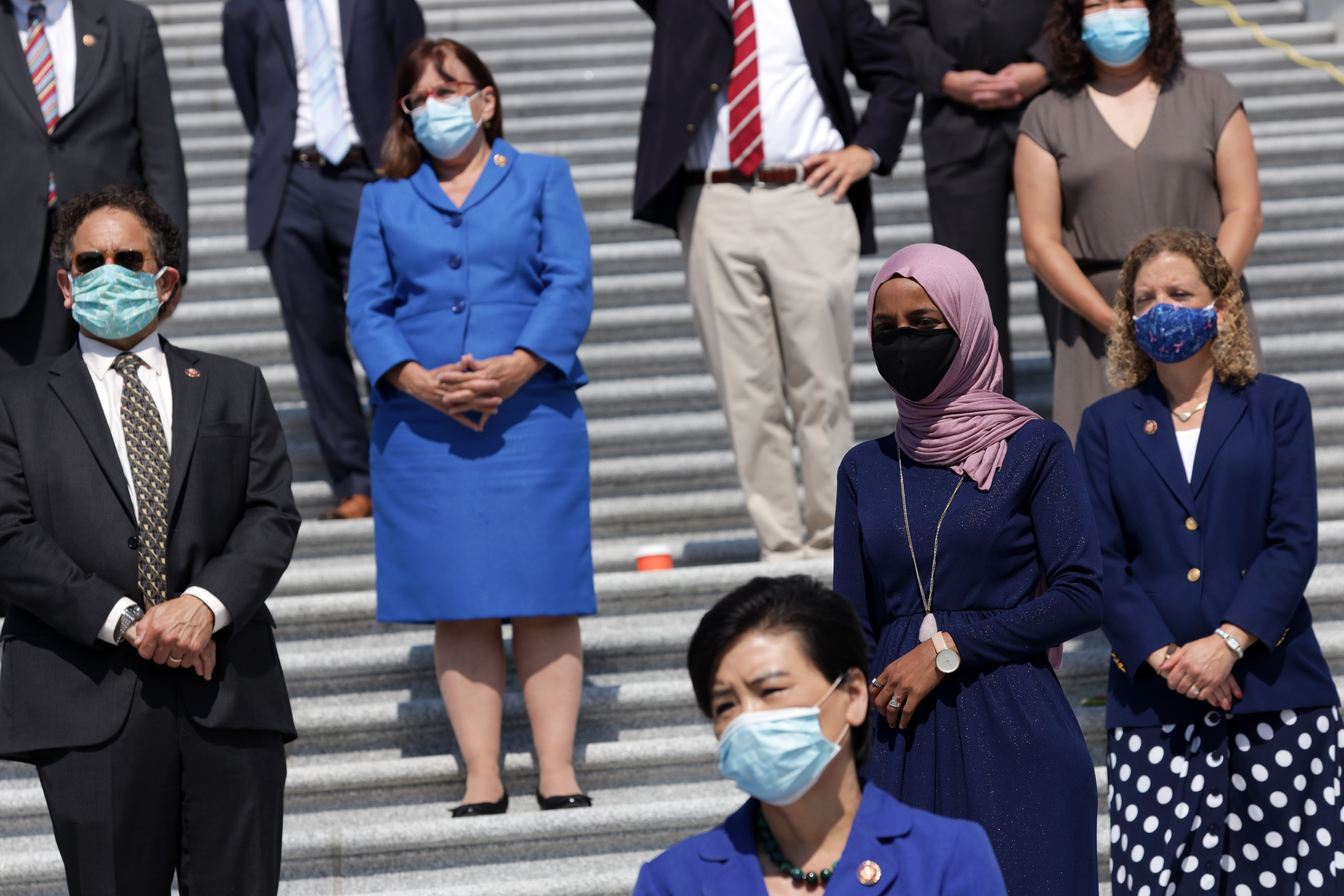 U.S. Rep. Ilhan Omar (D-MN) and other House Democrats listen during an event on police reform June 25, 2020, at the east front of the U.S. Capitol in Washington, DC. (Alex Wong/Getty Images)

Omar responded to criticism of her campaign’s payments to her husband’s firm later in March, saying she pays fair market value for E Street Group’s services.

“My relationship with Tim began long after this work started,” Omar tweeted. “We consulted with a top FEC campaign attorney to ensure there were no possible legal issues with our relationship. We were told this is not uncommon and that no, there weren’t.”

Omar added that at any one time more than eight employees from E Street Group could be doing work for her campaign ranging from ad creation, mailers, fundraising and political support.

NLPC CEO Peter Flaherty wrote Wednesday that while it is not illegal for members of Congress to pay family members through their political campaigns for services rendered, “the scale of Mynett’s compensation from the Omar campaign is unprecedented.”

Omar’s campaign did not return a request for comment.