Secretary of State Mike Pompeo posted a picture of his dog Mercer, along with “all of her favorite toys,” on his personal Twitter account Tuesday. At the center of the photo was a Winnie the Pooh plush toy.

The tweet attracted attention from Twitter users given that Winnie the Pooh has been commonly used as a derogatory nickname for Chinese President Xi Jinping, BBC News reported.

Mercer and all of her favorite toys! ???? pic.twitter.com/bGal0ui6E2

Chinese censors banned images of Winnie the Pooh and references to the character after memes comparing Xi to the cartoon bear spread online back in 2013, according to the Guardian.

The tweet attracted a significant amount of attention, although it is unknown whether the secretary intentionally included a Winnie the Pooh toy as a jab at China.

However, a picture of his dog could be a reference to the way Chinese netizens have used the word “dog” to attack U.S. officials like Pompeo, BBC News reported. On Chinese social media platforms such as Sino Weibo, netizens are free to post demeaning comments about the U.S. and its leaders.

Major publications backed by the Communist Party of China (CCP) have also engaged in a propaganda campaign attacking the secretary. The state-backed Global Times ran an editorial in May referring to Pompeo as a “degenerate” and “evil.”

State-backed media outlet CGTN released a propaganda cartoon in May that mocked Pompeo by depicting him getting beaten up by life-sized coronavirus germs. 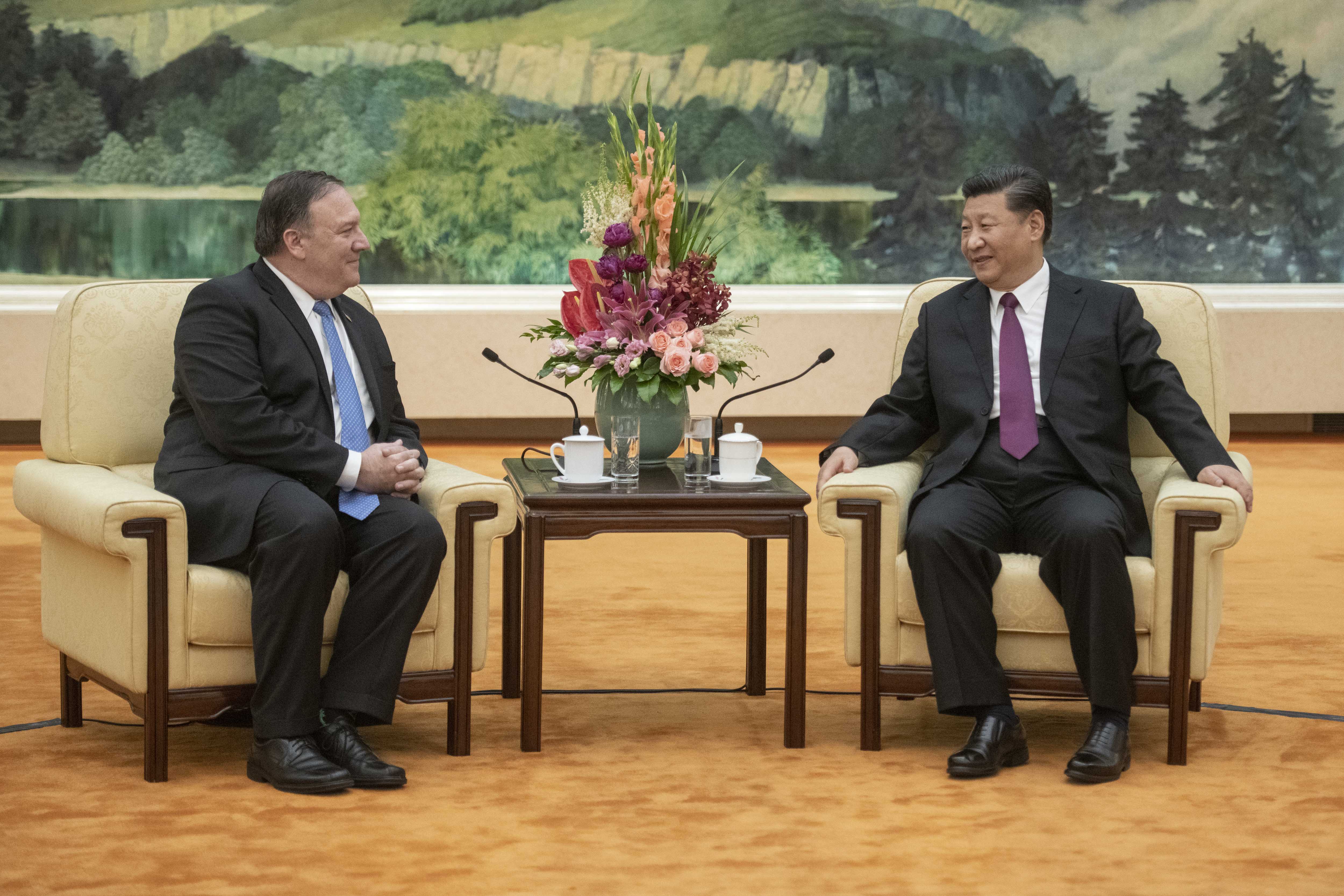 Secretary of State Mike Pompeo and Chinese President Xi Jinping attend a meeting in the Great Hall of the People in Beijing, China (Fred Dufour-Pool/Getty Images)

Under Pompeo’s leadership, the Department of State has pursued a more aggressive diplomatic strategy with regards to China. Pompeo has authorized visa restrictions for Chinese officials, as well as for staff members of Chinese companies that back the CCP, like Huawei.

Pompeo has also taken a tough stance on China over its imposition of a controversial national security law in Hong Kong and its use of forced abortions on Uighur Muslims in Xinjiang. (RELATED: Trump Admin Is Seriously Considering Banning TikTok And Other Chinese Apps, Pompeo Says)

Given that Twitter and other American social media platforms are blocked in China, it is unclear whether Pompeo’s tweet will filter through and appear on Chinese platforms.