The prison where convicted sex offender Jeffrey Epstein’s cohort Ghislaine Maxwell is being held refused Wednesday to explain to the Daily Caller News Foundation what steps it will take to protect Maxwell.

The British socialite and heiress is being held in the Metropolitan Detention Center (MDC) in Brooklyn, New York pending her July 12, 2021 trial. U.S. District Judge Alison Nathan denied bail to Maxwell during a virtual hearing Tuesday, saying “the risks are simply too great” to allow Maxwell to be released on bail.

The 58-year-old British socialite and heiress pleaded not guilty to charges that she groomed minors for sex with Epstein. She will remain in custody until that time and is currently held at MDC Brooklyn.

It is not immediately clear whether Maxwell will remain in MDC Brooklyn for the entire amount of time before her trial.

A search of the Bureau of Prisons Inmate Locator shows that her release date from MDC Brooklyn is “unknown.” Spokesmen from the United States District Court for the Southern District of New York did not directly address how long she will be held there.

The DCNF pressed MDC Brooklyn on what steps the prison would take to protect Maxwell in light of Epstein’s apparent suicide in a New York City jail in August 2019.

Prosecutors argued during Maxwell’s hearing Tuesday that she should not be given bail due to a number of factors that indicate she poses an “extreme flight risk,” such as her vast array of wealth dispersed through several countries, which she has not thoroughly disclosed, her strong international ties and her demonstrated ability to hide herself from the public. 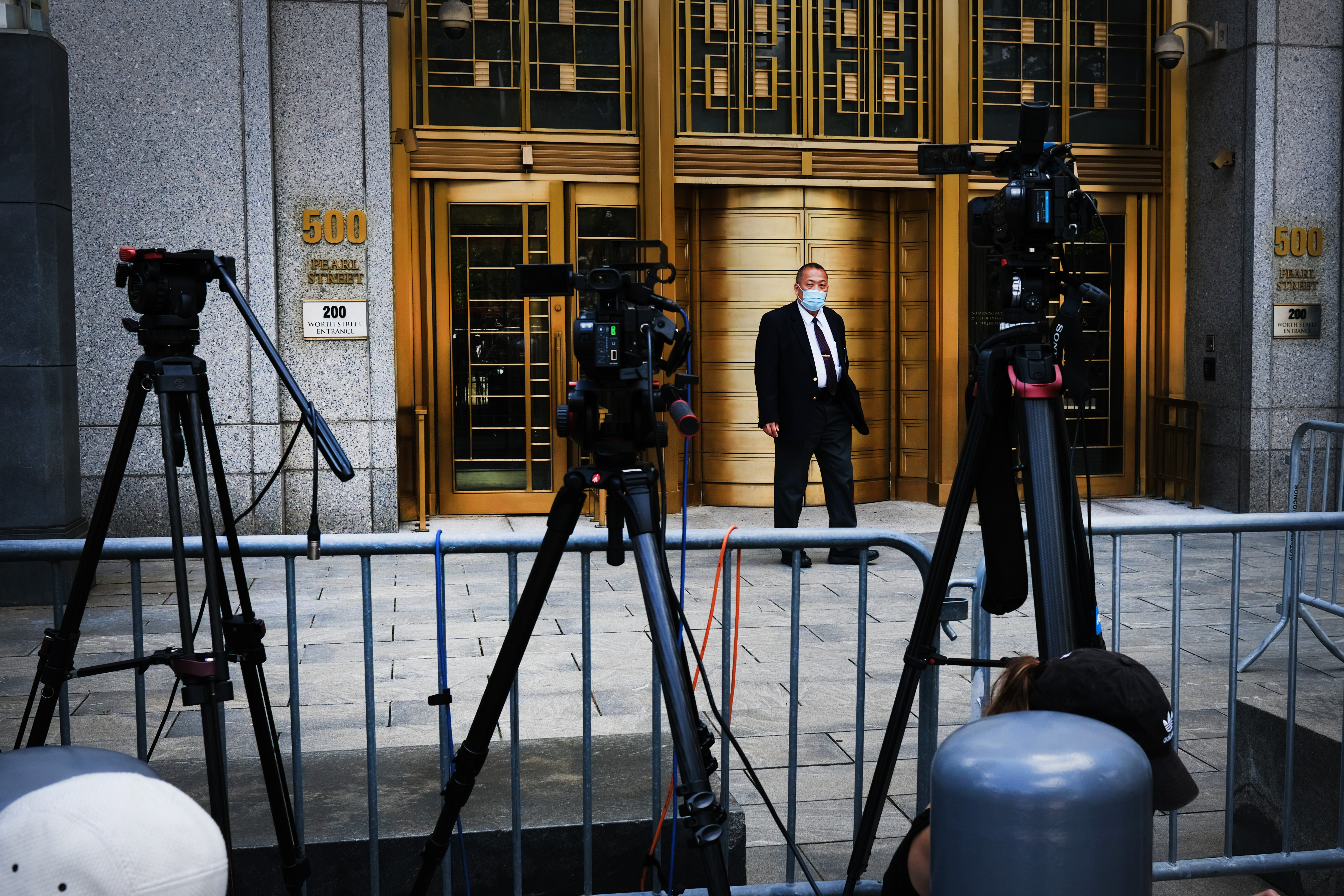 NEW YORK, NEW YORK – JULY 14: A court officer stands outside a Manhattan courthouse where media have gathered for the arraignment hearing of Ghislaine Maxwell on July 14, 2020 in New York City.  (Photo by Spencer Platt/Getty Images)

Maxwell’s attorneys argued that her wealth should not be a factor in whether or not she was denied bail, offering as examples several notable cases in which high profile figures were given bail and still showed up for their trial.

Maxwell, who has been accused of involvement in Epstein’s crimes against young women, was arrested by the FBI at 8:30 a.m. July 2 in Bradford, New Hampshire.