Republican Reps. Matt Gaetz of Florida, Andy Biggs of Arizona, and Louie Gohmert of Texas signed the letter as well.

TikTok insists that it does not nor will it provide China with customers’s personal data.

“TikTok collects much less U.S. user information than many of the companies in our space and stores it in the U.S. and Singapore. We have not, and would not, give it to the Chinese government,” a company spokesperson told the DCNF.

The company’s assurances are not enough for Buck and his Republican colleagues.

“These popular apps’ data collection, coupled with China’s onerous cyber security laws requiring all companies operating in China, including TikTok’s parent company, ByteDance, to share data with the Chinese Communist Party present a threat to the United States,” they wrote.

“TikTok is nothing more than a Trojan Horse for the Chinese Communist Party,” Buck said in a statement to the DCNF, adding: “The national security threat posed by TikTok has never been greater.” (RELATED: TikTok Hires Former GOP And Democratic Congressional Staffers To Lobby On US Policy Ahead Of The Election) 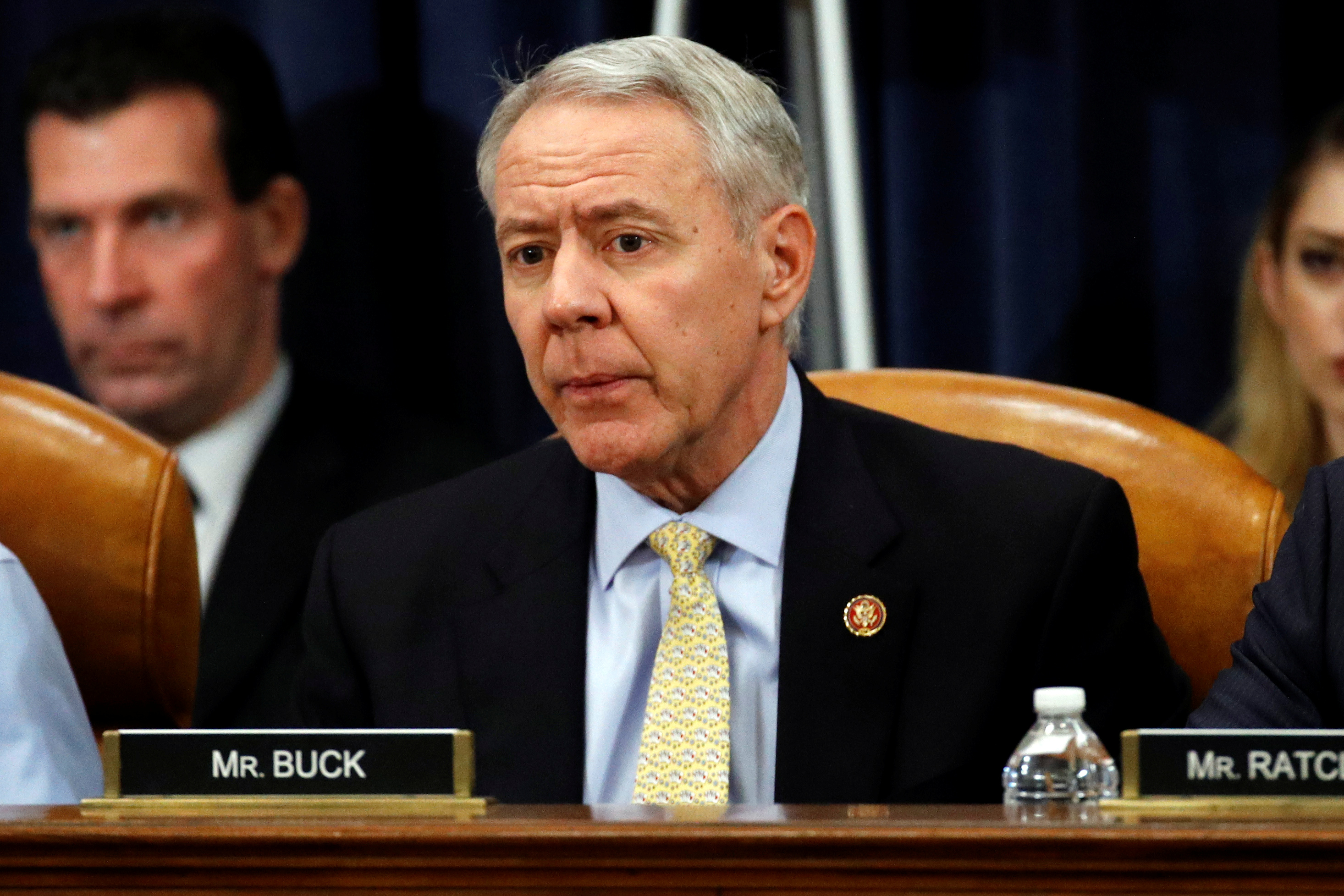 Rep. Ken Buck, R-Colo., votes no on the first article of impeachment against President Donald Trump during a House Judiciary Committee meeting on Capitol Hill, in Washington, U.S., December 13, 2019. Patrick Semansky/Pool via REUTERS

Republican Missouri Sen. Josh Hawley and other lawmakers have also scrutinized ByteDance. Hawley warned in a March press statement that ByteDance “includes Chinese Communist Party members in leadership,” arguing at the time that, “TikTok has admitted that it has sent user data to China.”

Democratic Sen. Chuck Schumer of New York, for his part, asked the U.S. intelligence community to assess TikTok’s national security risks in October, saying that such apps could be used to spy on U.S. citizens or become targets of foreign influence campaigns.

TikTok promised to stop accessing users’ content on iOS devices in June, the Telegraph reported in June, after a new feature in iOS 14 indicated the company had not stopped collecting data despite pledging to end the practice in 2019.

Users noticed that TikTok had been scanning content on the clipboard while the app was in background mode, according to the Telegraph report.

Misty Hong, a college student from Palo Alto, California, alleged in a December lawsuit that TikTok and its Chinese parent company, ByteDance, is amassing enormous amounts of data on users without their consent and sending it to servers in China.

“At the same time that Defendants utilized the Musical.ly and TikTok apps to covertly tap into a massive array of private and personally-identifiable information, they went to great lengths to hide their tracks,” Hong alleged in her lawsuit.

Hong’s civil action lawsuit argues that ByteDance used Musical.ly, acquired in November 2017 for $800 million, to covertly gather users’ private messages, along with other highly granular personal information. The data was collected and then sent to Chinese servers, she argued in the lawsuit.