California tossed 102,428 invalid mail-in ballots during March’s presidential primary according to data recently acquired by the Associated Press, marking the highest number of disqualified ballots in the state for a primary since 2014 and highest for any statewide election since 2010.

Nearly seven million total ballots from the California presidential primary were returned and a total of 102,428 of those were rejected according to the Associated Press. Return past the due date was reportedly the leading cause of invalidation, with this being the case for 70,330 ballots. In addition, 27,525 were rejected due to no voter signature or the signature failing to match voter records. (RELATED: Gov Newsom Rolls Back California Reopening Plans As COVID Cases Spike, Closes Bars And Restaurants) 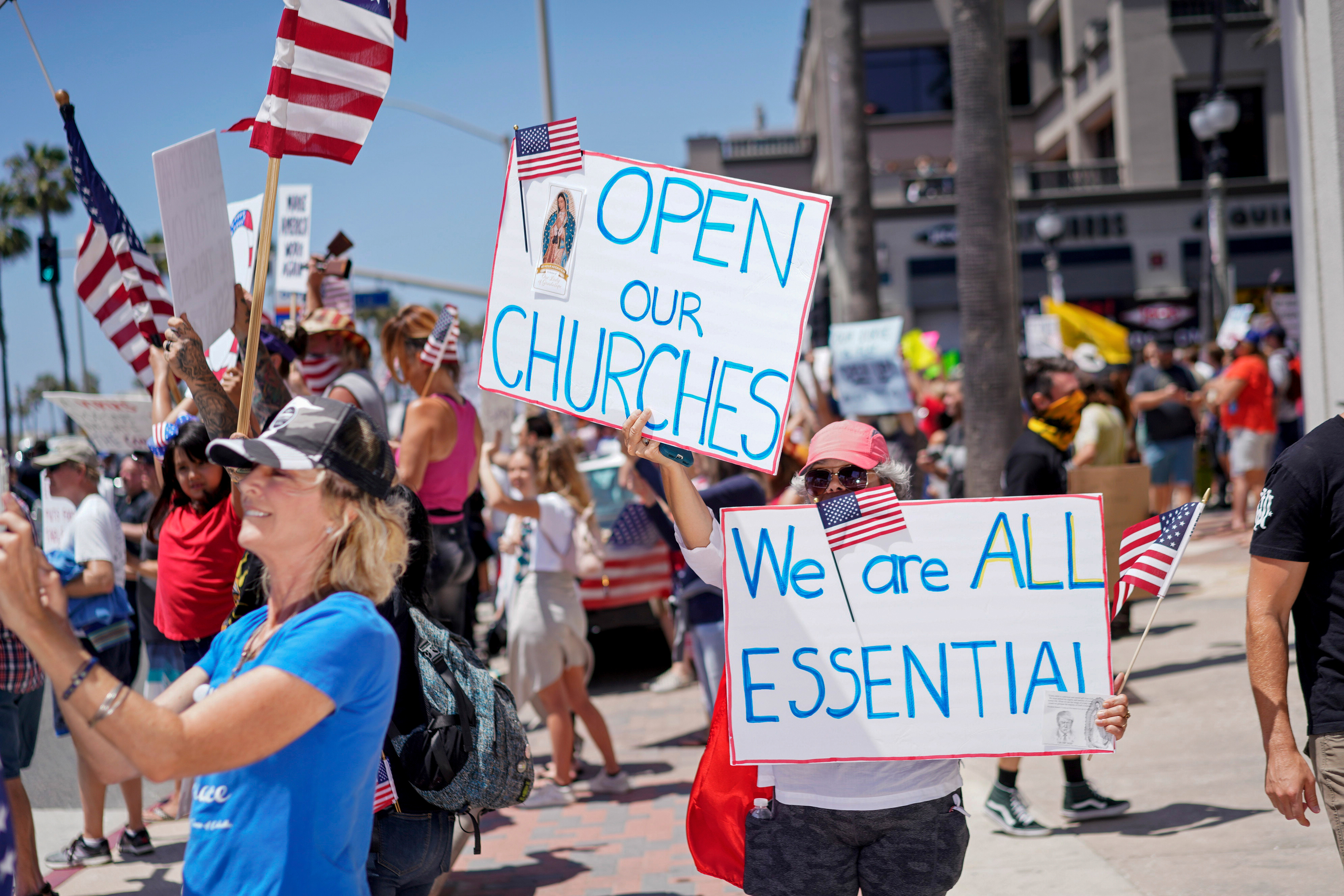 People gather near Huntington Beach Pier to protest the order by Gov. Gavin Newsom to temporarily close state and local beaches during coronavirus in California, U.S., May 1, 2020. (REUTERS/Kyle Grillot)

In over 800 instances, voters reportedly just forgot to include the ballot within the appropriate return envelope.

While the AP report points out that these errors are unlikely to sway the presidential results for California, it might change the outcome of local races. In 2018, Democratic California Rep. TJ Cox beat then-incumbent Republican California Rep. David Valadao by less than 1,000 votes for California’s 21st Congressional District.

San Francisco reportedly had the highest rejection rate in March with 5% in March. AP reports that most of those rejected mail-in ballots were tossed due to late arrival. Rural Plumas County had the lowest rate, with all 8,207 ballots cast also being accepted.

Democratic California Gov. Gavin Newsom signed an executive order in May proclaiming a state of emergency and ensuring every voter would receive a ballot via mail for the November presidential election amid the coronavirus pandemic. The order states that there will still be some physical voting places.

State of Nevada “thinks” that they can send out illegal vote by mail ballots, creating a great Voter Fraud scenario for the State and the U.S. They can’t! If they do, “I think” I can hold up funds to the State. Sorry, but you must not cheat in elections. @RussVought45 @USTreasury

Many Democrats have argued mail-in voting is necessary during the coronavirus pandemic and can be done efficiently and safely. Most notably, House Speaker Nancy Pelosi introduced an extensive vote-by-mail order, citing health concerns.

“This becomes a health issue,” Speaker Pelosi says of including $3.6B for mail-in voting in the next coronavirus relief bill. “As we saw in Wisconsin, standing in those lines for that amount of time, going to places that are enclosed — is dangerous to your health.” pic.twitter.com/5Fx5h9SxhL